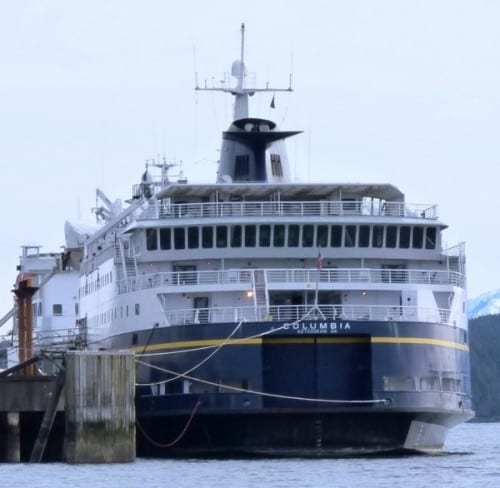 The 418-foot Columbia remained at the shipyard in Ketchikan into Tuesday while passengers are being picked up by two other ferries.

Marine Highway spokesman Jeremy Woodrow said the Columbia is having problems with a bellows on the ship’s exhaust system.

“It is a part that’s connected between the main engine and the exhaust stack. If that’s not operating correctly there can be carbon dioxide in the engine compartment area. And if you’ve ever been in one of our ferries the engine compartment’s huge, it’s a large area,” he explained. “We have staff that are inside that area. So it’s just unsafe to operate the vessel if that part of the exhaust system is not working.”

Woodrow said the bellows problem was discovered a little more than a week and a half ago, but didn’t become a major issue until last Friday in Bellingham. He said workers made a temporary repair in Bellingham, delaying the ship’s departure from that port for a little over one day.

“While underway between Bellingham and Ketchikan the issue was discovered that that part was still not operating correctly,” he said. “They were able to make a temporary fix underway but when they got to Ketchikan they discovered they needed a more permanent fix before the vessel could continue on its sailings for the week.”

The Columbia can carry just under 500 passengers and up to 133 vehicles and it makes weekly roundtrip runs between Bellingham, Washington and Southeast Alaska in the summer. The ship had around 300 passengers on this northbound sailing and they’re being moved onto two other ferries in Ketchikan. The Malaspina left it’s route in Lynn Canal to pick up passengers destined for Juneau, Haines or Skagway. Wrangell and Petersburg passengers are being switched over to the Matanuska Tuesday. A third ferry, the LeConte, is covering some of the traffic in Lynn Canal normally handled by the Malaspina.

Meanwhile, a different kind of problem, rough weather, sidelined the fast ferry Chenega Tuesday. The high speed catamaran was scheduled to do a round-trip run from Juneau to Petersburg and back but the run was cancelled. The National Weather Service issued a gale warning for Stephens Passage between Juneau and Petersburg, with 40-knot winds and eight foot seas were forecast. 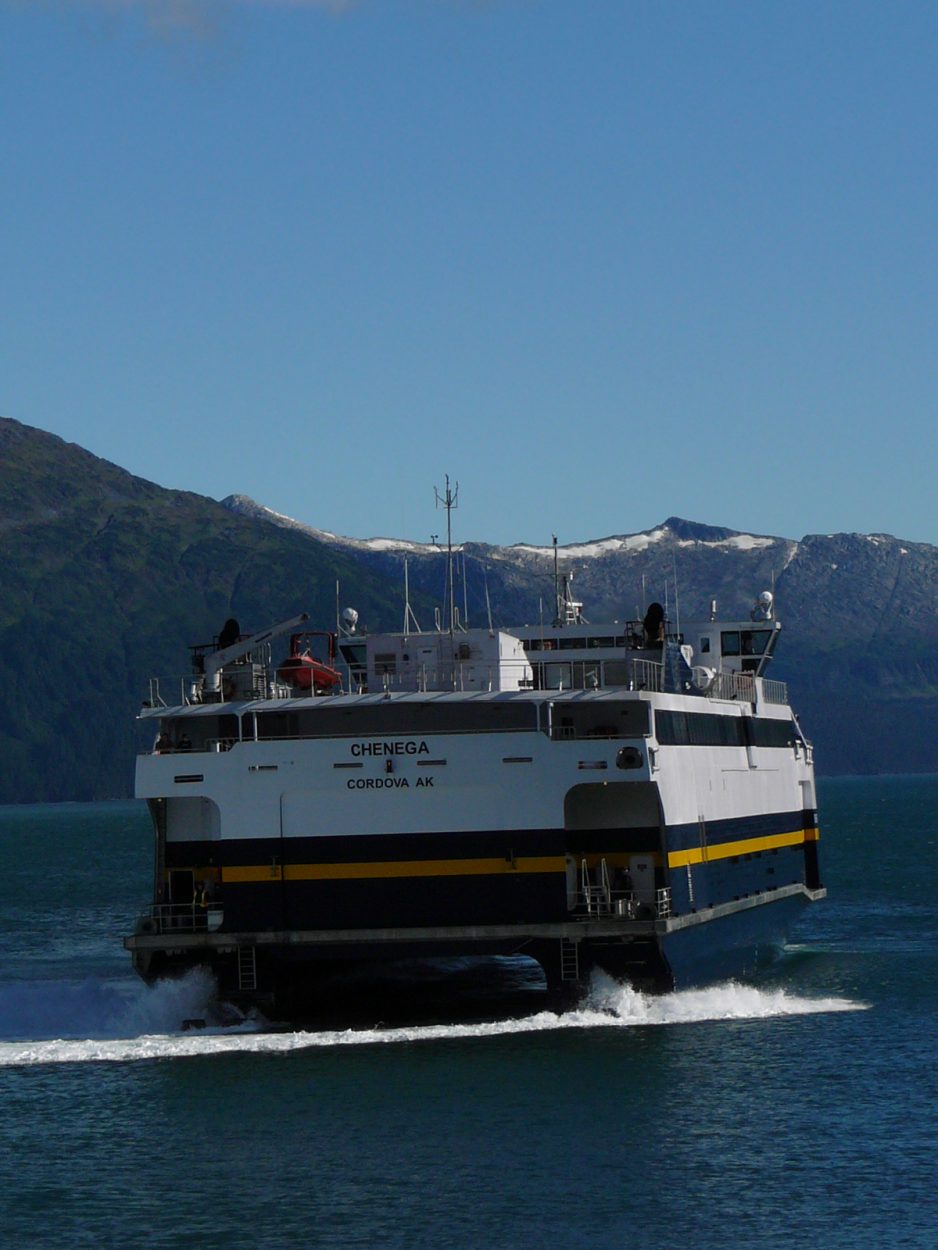 Woodrow said the summer cancellation is a little unusual. “It’s not regular, especially in the summer months. This is a pretty good I guess end of summer storm that’s going on right now. The fast ferries have, they do have certain weather standards that they can’t operate in but that tends to be more of the winter months. We usually don’t operate those ferries in the winter months because of the weather limitations they have.”

Passengers on that ferry will also be accommodated on other vessels. The Marine Highway System is updating its website with the schedule changes. Passengers are encouraged to check with their local ferry terminal for changes.