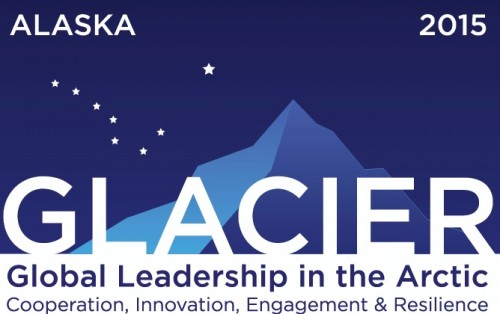 The U.S. State Department is hosting a conference on global leadership in the arctic.

Diplomats from 20 countries have convened in Anchorage to discuss challenges facing Arctic communities.

To view the live web stream of the President’s Address at 5pm, visit https://www.whitehouse.gov/live

The GLACIER conference brings 450 policy-makers and stakeholders from 20 countries to Anchorage. All eight Arctic nations are represented, but so are many observer states like China, India, and the EU, who have political and economic interests in the high north.

This year, the U.S. started its three year term as head of the Arctic Council, taking over from Canada. Many in Alaska are hoping the conference represents a commitment from Washington to play a more active role confronting climate change, rural and indigenous issues, and lagging infrastructure investment in the region.

The conference also brings the first official visit from Presient Obama,
who’ll be speaking at the closing session around 5 p.m.

Conference on Global Leadership in the Arctic: Cooperation, Innovation, Engagement and Resilience (GLACIER)

POLICY TRACK A, SESSION 1: “Building the Resilience of Arctic Coastal Communities in the Face of Climate Change”

POLICY TRACK A, SESSION 2: “Protecting Communities and the Environment through Climate and Air Quality Projects”

Dr. Kathryn Sullivan, Under Secretary of Commerce for Oceans and Atmosphere