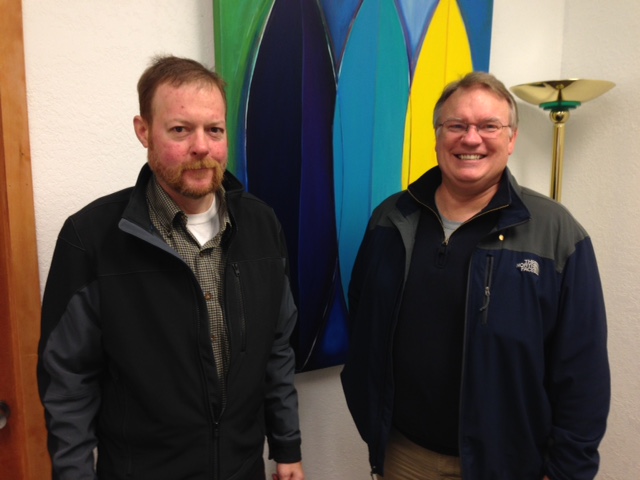 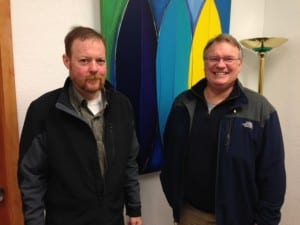 This week, Petersburg’s Volunteer Rotary Club hosted Bradley Gamble the Rotary’s District Governor for Alaska and part of the Yukon.

Gamble has dedicated his life to volunteering for Rotary because he said it feels good to help others. It’s something he thinks a lot of people could benefit from.

“There is something for everybody in rotary and you become involved to the degree in which you want to become and I almost guarantee that if you do become involved, get engaged it’s just going to suck you in a little bit further and it’s nothing but pure fun,” Gamble said.

Rotary supports causes all over the world but mostly it’s a very local organization. The basic formula is the local rotary club fund raises and then distributes the money to local causes. In Petersburg that’s everything from an annual Christmas event for the elderly at the Mountain View Manor to a Youth Exchange program to supporting other non-profit efforts.

For decades, Rotary was for men only but that changed in the 1980s. Now, women make up about 43 percent of membership throughout the world.

David Byrne is the leader of the Petersburg Rotary and he’s been involved in the club for 15 years. He said there is a lot of misperception about what Rotary is today.

“It’s not a stodgy old man’s club with a bunch of guys smoking cigars in white hair,” Byrne said. “Our club locally I’d say is about 50-50 men and women, broad age range, kind of covers all professions.”

They raise funds through events like a 4th of July duck race, a salmon bake during the Little Norway Festival and selling roses.

The local club spends about $6,000 a year on the youth exchange program. It’s is a popular program with Rotary Clubs all over the world. It includes bringing in a foreign exchange student and sending out a local student every year.

“You have the security of knowing when your child is away is being watched by a Rotary Club and Rotarians in their host country,” Gamble said. “So, it’s not just sending a student away and they’re on their own with a strange family for a year. They are supported by a Rotary Club on the other end.”

“Which is a survival kit, tent, food supplies that get sent to a third world country or area of need for refugees or temporary housing,” Byrne said. “They’re really neat but those cost about $2,000 and I think we challenge the inbound and they hold fundraisers and they’ve all been quite successful.”

Byrne said that if anyone is interested in learning more about Petersburg’s Rotary Club you can ask any local Rotarian about it.