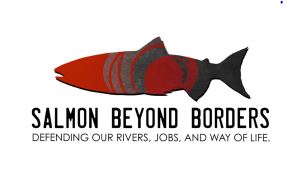 The Petersburg assembly at their last meeting passed a resolution asking the borough to draft another letter supporting more state involvement in transboundary mining.

The assembly vote came after hearing Petersburg resident, Brian Lynch, speak on behalf of Salmon Beyond Borders which is a non-profit campaign made up of different fishing industries, tribes and residents in both Alaska and Canada.

Lynch said the recent Memorandum of Understanding (MOU) between the State of Alaska and BC should not have happened without federal involvement. Although the MOU says that the state and BC will cooperate on transboundary mining, Lynch said it’s not binding and cannot be enforced.

“In other words it has not teeth,” Lynch said. “In fact, absent federal government involvement in this, it can’t have any teeth because under the US Constitution the State cannot engage in any treaties with foreign governments.”

The assembly sent a letter to the State in October voicing their concerns about transboundary mines that could potentially pollute Alaska waters.

Lynch told the assembly that action is not being taken. He says Alaska’s Congressional Delegation is waiting for direction from the State to get involved. He says BC mining is not only an environmental issue for Alaska but also an economic one. He requested the borough send another letter to the State asking them to engage with the federal government about the issue.

“It’s the only way you have any teeth to actually enforce either provisions of the boundary waters treaty or come up with any sort of provisions for compensation if there is some sort of a mine disaster on one of the transboundary systems,” Lynch said.

Assembly member, Bob Lynn, said he supported drafting another letter to the State.

“There are some of those mines there and some of the chemicals that will come into those streams if there is a breach that have a devastating effect on downstream,” Lynch said. “I mean way downstream, copper being one of those. It will go all the way. As Brian says, it’s going to go all the way to the ocean. There’s no question. So, I think I’d like to see something in our letter that talks about the sensitivities to those water sheds and we would hope and we’re trying to urge from the Governor’s standpoint and from the federal standpoint that we do everything possible with the best science to alleviate future problems.”

The assembly voted to send quote “a strongly worded letter” to the Governor and Lt. Governor asking that the state have more involvement with transboundary mining and that the International Joint Commission get involved as well.

The letter will also be circulated with the Alaska Congressional Delegation in D.C.

The assembly also voted to join a sign-on letter provided by Salmon Beyond Borders.