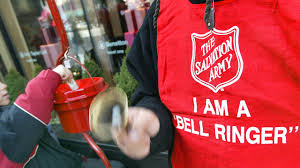 It’s been a hard year for some Alaskans. Salvation Army branches around the state report significantly more requests for holiday assistance than last year. Here’s how the Southeast fishing community of Petersburg is responding to the need. 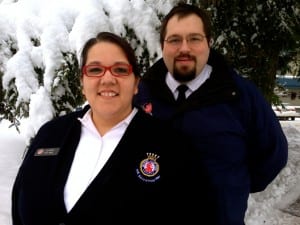 About 85 families including around 230 people will get boxes of food. Those numbers are up too.

“A lot of families who were just really counting on a great fishing season this year didn’t have that, so they’ve not been able to do all the things they wanted to do and have enough money to pay off everything they needed to pay off. So they’re now in a place where they’re just struggling,” she says.

Ivy Spohnholz of the Salvation Army’s Alaska office says the same is true in the state’s other 17 missions.

“I’ve checked in with folks in Southeast and up into the Mat-Su and the Interior. And pretty much across the board we’re seeing a trend of increased need,” she says.

Spohnholz says so far, community response has been good.

Birks says that’s been true for Petersburg’s Angel Tree program, where community members pick up a tag listing a child’s age, sex and other information.

“The banks put the trees up on Dec. 1 and that’s when we put our tags out. But we’ve had people coming in in November, asking us if they could get Angel Tree tags early because they were going down south or had different things going on. And they wanted to be able to purchase gifts early,” she says. 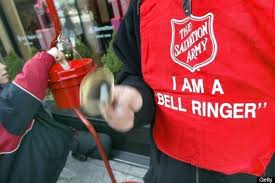 One of the Salvation Army’s most visible fund-raisers is the Red Kettle drive.

Lt. John Birks says some communities have to hire people to staff the kettles. But in Petersburg, it’s an all-volunteer effort, allowing more money to go to those in need.

“We do fund our food baskets, as well as any extra toys we may have to purchase for Christmas, as well as throughout the year for assistance,” he says.

That includes temporary housing and helping people develop plans to improve their situations.

Mysti Birks says Petersburg continues to respond to those in need.

“We could not do any of what we’re doing this season or any season without the help of the community and their generosity. They just give on a daily basis and they just continue to give,” she says.

That includes a toy drive by the Petersburg Elks Lodge, which is running through Saturday.

Spohnholz, of the Salvation Army’s statewide office, says more Alaskans are seeking services for a variety of reasons. She says it’s common to see people working low-wage, part-time jobs, and not making enough to pay their bills.

“Another one of the things we see a lot of is when people hit a personal crisis, often because of a health-related issue. It sort snowballs out of control,” she says.

Spohnholz says low oil revenues have already affected low-income Alaskans. And she worries about what the next round of state funding cuts will bring.

“This next year we’re going to go into a really challenging budget year. And we fear for some of the really important programs which help us keep people in their homes and to keep families together,” she says.

The Salvation Army is still collecting toys, money and other donations for its holiday programs.

And in Petersburg, John Birks says the last week before Christmas often brings the largest amount of Red Kettle cash.