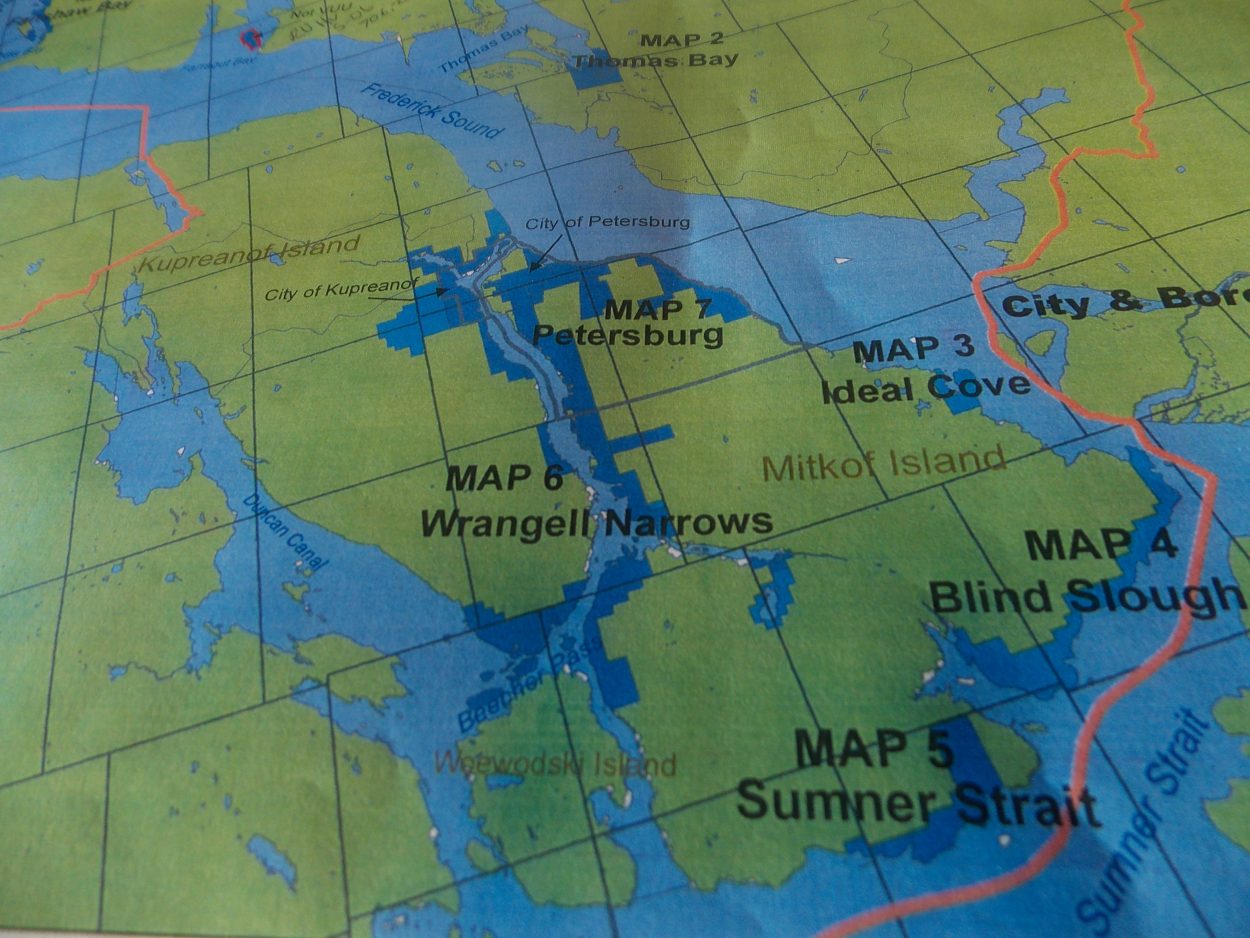 A committee of Petersburg residents is narrowing down its list of land the new borough might select from the state. That committee met this month and focused on economic development lands like rock pits, boat ramps and parcels that could be used for environmental mitigation.

The borough is expecting to be able to take ownership of over 1,300 acres of state land in the borough. Specifically the borough is allowed to select state land that hasn’t already been granted to the university, mental health authority, Southeast state forest or other designations. The pool of available parcels is over 18,000 acres.

Petersburg’s land selection committee is tasked with recommending which parcels the borough should choose.

“Well we probably are gonna wanna take things piece meal, little chunk of this, little chunk of that,” said committee chair Rick Braun during a meeting this week. “Because we have such a tiny little bit of land that they’re gonna give us. We kinda need to be able to take the choicest bits out of the ones that we want.”

A couple things have happened since the committee last met. The state supreme court ruled on the borough boundaries in December, so the committee now knows for sure the state land that can be selected. Also consultants have finished drafting a comprehensive plan, which makes some recommendations for criteria for selecting the state land. The committee approved that criteria which spells out that lands should have good access and economic development potential. 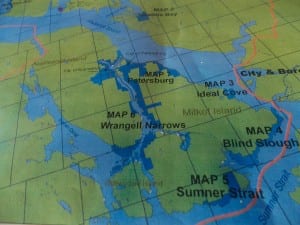 Ron Buschmann suggested the borough should not be selecting timber lands. “Should we just drop out when we do this, drop out forest harvest land?” Buschmann asked, adding “From the standpoint that returns are too low. Once you harvest it, it’s 75 years before you can harvest it again and they’re controversial. Why get in the middle of it? It’s low value land.”

Other committee members agreed with that strategy. They were interested in sites with existing gravel or rock quarries.

“Well one thing we know for sure that we need to select is, for the future, is a rock quarry,” said Mike Bangs. “And I think finding that land that is being offered would be kinda like a priority we should look at.” One available site is in Thomas Bay. Other existing rock pits on state land are near Frederick Point and Cabin Creek. The committee expressed interest in those. They also were interest in selecting lands on southern Mitkof Island around Olsen’s log dump and the state’s mothballed ferry terminal at 25 mile of Mitkof Highway.

“To me that’d be an ideal place to put in another boat launch,” Braun. “A good boat launch, right there.”

“The only thing is, do we want to select it with the idea that we would build this boat launch?” Buschmann asked.

“No, but in the future we would already own the property,” Braun responded. “And then you could have, it’s potential for commercial development around the boat launch.”

Committee members were also interested in the Wilson Islands and Summit Island, just off the southeast Mitkof Island shoreline and a parcel around the Woodpecker Cove boat ramp on the southwest corner of Mitkof. Other land that drew interest was at Falls Creek on western Mitkof.

The borough might also select land for could be used to help land owners developing other parcels and needing a U.S. Army Corps wetlands permit. One of the recommendations in the draft comprehensive plan is to have bank of borough land that could be set aside to compensate for wetlands mitigation, basically off-setting other developed lands and fulfilling Corps requirements. Such a mitigation land pool could be used to help private land owners in the borough hoping to develop their property.

Bangs said that private land owners now are forced to set aside some of their own property. “For developing it, you put in a pad and a drive way and all of a sudden you can’t do anything with this part of your lot,” he said. “And they said a lot of people aren’t developing their property because of it.”

“I don’t think that’s an insurmountable problem,” said Braun. “I think that can be dealt with.”

Committee member Dave Kensigner wanted to select land on Kupreanof Island near Beecher Pass as potential mitigation lands. Kensigner owns land in that area. He thought it would make a good argument to the state to increase the borough’s land selection amount. “That would be a good excuse to go to the state and say we wanna use this for mitigation land purposes, for future mitigation of Army Corps land purposes,” Kensinger said. “Cause it really doesn’t have a lot of value to the University anyway.”

The committee is hoping the borough will ask for legislative help to increase the selection amount.
Other lands generated no interest from the committee, including parcels on the shoreline on the mainland at Cape Fanshaw, on Mitkof Island at Ideal Cove, along with parcels near the city of Kupreanof.

The committee did not finalize its recommendations but is awaiting more information on the potential selections.