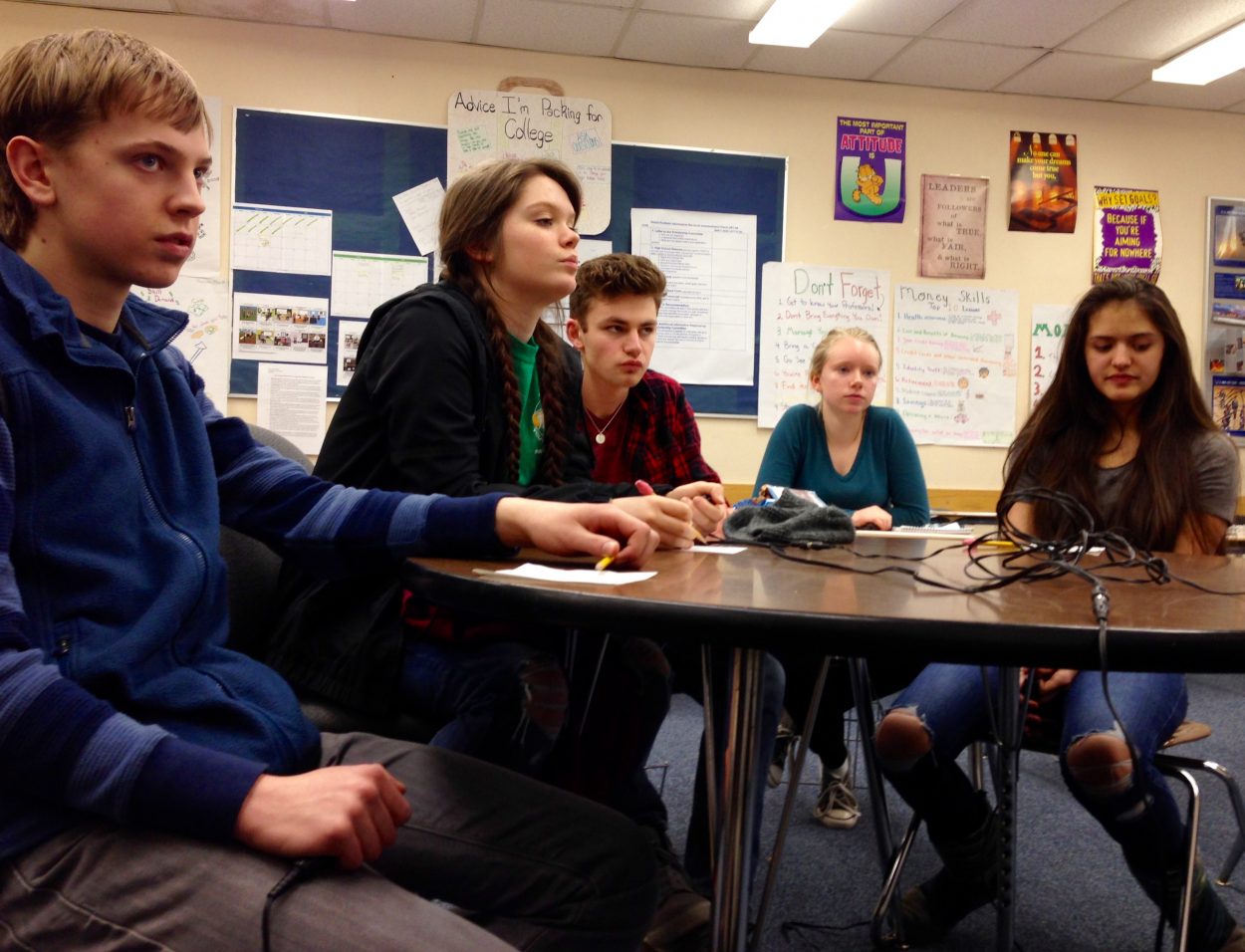 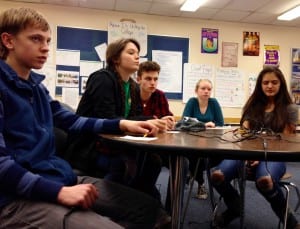 Petersburg High School’s National Ocean Sciences Bowl teams are headed to Seward this weekend to compete with teams from around the state. As Angela Denning reports, they’ve been preparing for the event for months.


The Ocean Science team is like a sports team: they score points, they have team names, they have a team captain but their practices are run a bit differently. They’re not running around a gym. Students sit in a classroom working their brains through a science trivia game called “quiz bowl”. The quiz bowl is kind of like multiple choice jeopardy. Students buzz in with their answers to questions.

The National Oceans Science Bowl in Seward has three parts: the quiz bowl and presentations along with a paper turned in before trip. The presentations are on 15-page research papers that the students spent months preparing.

There are nine students on Petersburg’s two teams. About half of them have gone to the state competition before including sophomore Julia Murph.

“There’s a lot of different teams from around Alaska and they’re all competing just like us but some of them don’t do a presentation part of it, they just quiz bowl,” said Murph. “But others do do a presentation and it’s interesting to see what they’re presentations are on and what they chose to pursue.”

The event’s theme this year is “community resilience”. Petersburg’s two teams chose to look at how resilient Petersburg would be with a tsunami and in a market crash in China.

Sophomore Joseph Giesbrecht is part of team that looked at the market crash.

“If China’s market crashed, the main problem would be with the salmon is we process in China,” Giesbrecht said. “One of the solutions to that would be getting mechanized production or reprocessing in Alaska to save the shipping and a lot of other stuff. And we had other things too that we could use like mining, expanding markets, using salmon for new things like wallets or even phone cases.”

But they also concluded that it would be unlikely for China’s fish market to crash.

To help get them ready for the competition the teams have been practicing regularly after school. They competed in a practice quiz bowl in Sitka last fall. And they recently presented their research papers to the community. Senior Tucker Hagerman thought that part went really well.

“We had a few hiccups here and there, a few technical problems beforehand but overall I think it was very well received, it was well understood,” Hagerman said. “I think we’re looking pretty good for Seward.”

This will be Hagerman’s third time to the Seward competition. He’s on the team that researched Petersburg’s tsunami resilience. Sophomore Marissa Nilsen is on the tsunami team too. She thinks the topic is better than last year when they researched Narwhals.

“This research project had so much to do with our community and that way it was like more intimate so when we were sharing it with everyone, the questions we were getting back weren’t just like, “oh well, what do Narwhals eat” it was more like “how will this affect me”,” Nilsen said. “We got more of a response back. It was kind of a cooler situation.”

Coach Sunny Rice is looking forward to her teams interacting with students outside of Southeast.

“For them to be exposed to these communities from all around the state and not just necessarily playing a sport against them but hearing what’s important,” Rice said. “So, Dillingham is going to have chosen a topic that’s important to Dillingham and I think it’s really eye opening for all of the teams to hear from each other about that.” 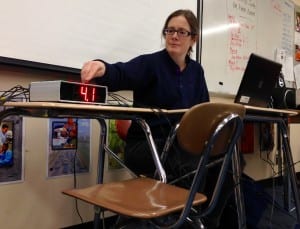 The other Coach, Joni Johnson, has been to the event many times. So I asked her, “What kind of involvement can you have during the competition?”

She answered, “We can do absolutely nothing. You sit there very quietly and you watch. And you try not to make faces when you hear the right answer or when they say something wrong or get super excited when they’ve just interrupted. It’s really quiet. And they’re told they cannot confer when they’re doing the buzzer part the only time they can confer is for the bonus question. Or in between each six minute round there are two challenge questions where they get to confer. But the rest of the time it’s quiet. And you’ll have moderators who are hilarious and there’s lots of laughter and then you’ll have moderators where you can hear a pin drop. It kind of just depends on which room you’re in. But as a coach you just kind of sit there and do nothing.”

“No cheering allowed?” I asked.

Besides the quiz bowl and presentations, students will be visiting the Alaska Sealife Center in Seward, building a remotely operated vehicle, dissecting a squid and dissecting Stellar sea lion scat to figure out what they eat.

The winning team from Alaska’s competition can go on to compete at the national event.