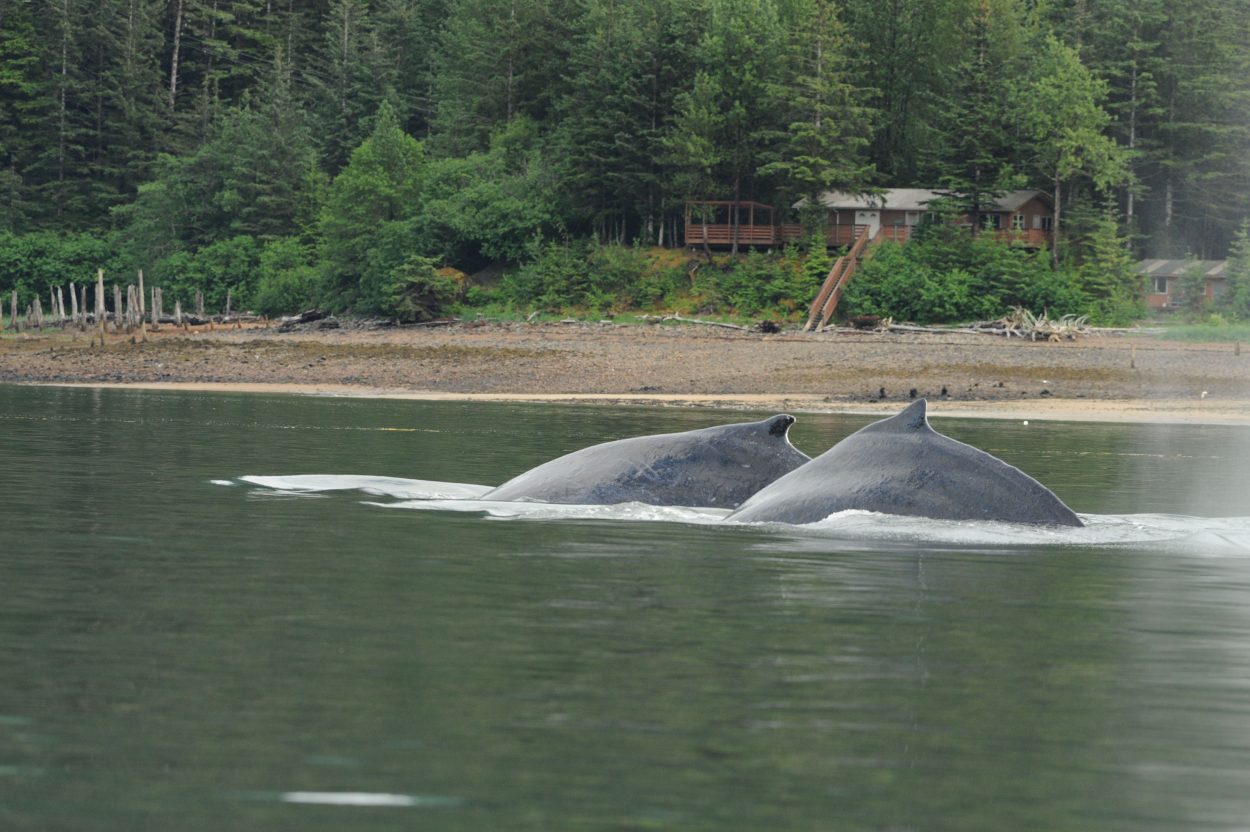 Marine mammal stranding experts are again asking for the public’s help in locating a humpback whale caught in some anchor line in Southeast Alaska.

The whale was first sighted caught in line, anchor and two buoys last Wednesday, June 1st near Seymour Canal on Admiralty Island south of Juneau. A marine mammal stranding team tried to free the animal from the gear that day but was unsuccessful. They tried again on Saturday after the whale had traveled up Gastineau Channel near downtown Juneau. That day, the team was able to attach a satellite tracking buoy but couldn’t remove all the line from the humpback. The 40-foot-long adult has been followed by another adult humpback. 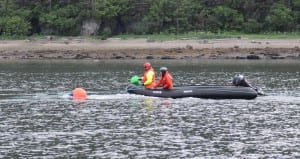 NOAA-led responders attached a green satellite buoy to the entangled humpback when it was swimming in Gastineau Channel on June 4. The green buoy has now become disconnected from the whale, and marine mammal stranding network members are no longer able to track the whale’s location. (Photo courtesy of NOAA Fisheries)

With the tracking buoy attached, both animals made their way over to Tenakee Springs and then to the waters near Kake on Wednesday. That’s where they were last seen.

National Oceanic and Atmospheric Administration spokesperson Julie Speegle said Thursday the satellite buoy is no longer attached. “It has become disconnected from the whale so we are no longer able to track this whale through their satellite tag.”

The last satellite tag location recorded was near Payne Island outside of Kake. The entangled humpback is now only trailing one orange buoy. Speegle said both animals may be caught in the anchor line now but responders are not sure about that.

“There is a second humpback that has been swimming alongside the entangled humpback since Saturday evening and it’s curious that it’s stuck around this long,” Speegle said. “We don’t know if he’s just a swimming buddy or if the second humpback may be entangled in the line also so, that’s something that our marine mammal responders will be trying to figure out.” 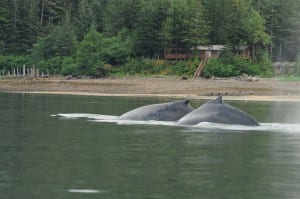 A second humpback has been swimming alongside the entangled humpback since at least June 4, when this photo was taken. The second whale may also be entangled in the anchor line, complicating the entanglement situation. (Photo courtesy of NOAA Fisheries)

A third attempt to remove the gear could be made if weather cooperates and the whale is located in an area that is not too remote for a whale entanglement team to respond.

NOAA Fisheries is asking the public for reports on the position and direction. The marine mammal stranding network hotline number is 877-925-7773 or reports can be relayed through the Coast Guard on VHF channel 16.