Should commercial marijuana in Petersburg be illegal? 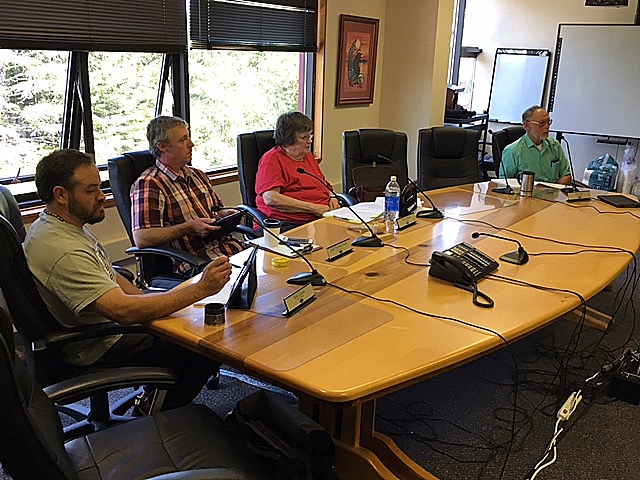 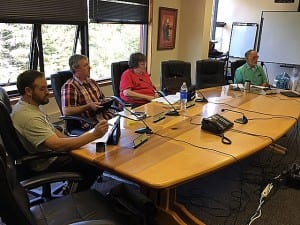 Voters in the Petersburg borough this fall will be asked if they want to opt out of legal marijuana sales and importation which voters approved in the 2014 statewide election. The question will be on the October municipal ballot. KFSK’s Angela Denning reports:

The Petersburg borough assembly approved the ballot question in response to a citizens initiative that gathered enough signatures for a vote. The question would ask voters if all sales and importation of marijuana should be illegal, including cultivation and testing.

The assembly had already denied such a vote earlier this year but the citizens’ initiative pressed the issue.

Assemblyman Jeigh Stanton-Gregor said he’d vote to put the question in the regular election to save money.

“Because I don’t think it would be fair to make the voters, the people of Petersburg pay over $10,000,” Stanton-Gregor said.

That’s about the amount a special election would cost.

The initiative missed the deadline to get it into the regular election but assembly members said they would go ahead and add it on the regular ballot.

“I’d vote in favor of putting it on the ballot but I haven’t changed my original vote,” said Bob Lynn.

“I too will be voting to okay this but my opinion about allowing regulated facilities still stands the same,” said Nancy Strand.

“I also feel it would be grossly fiscally irresponsible to call for a special election so I will also be voting for the election on October 4th,” Eric Castro said.

The only assemblyman to voice otherwise was Kurt Wohlhueter. He brought the Opt Out vote issue to the borough assembly in the first place this spring. He joined the meeting by teleconference.

“This is what ends up happening, you know, when we don’t listen to people wanting options,” Wohlhueter said.

The assembly also approved two other ordinances regarding marijuana, issues they’ve been considering since sales were legalized in the 2014 statewide election. One sets marijuana regulations in place for the borough and the other sets fines for breaking those laws. They were both approved unanimously.

Stanton-Gregor spoke in support of regulations.

“This ordinance–and I think it’s a very carefully crafted and thoughtful ordinance–makes it a point to regulate very strictly commercial sales of marijuana in Petersburg,” he said.

Stanton-Gregor said a vote this fall to make commercial sales and products illegal would take that power away.

“If we choose to opt out saying we don’t want to regulate this,” he said, “we are supporting the financial interests of illegal drug dealers. If you break it down that’s not an exaggeration, that’s just real.”

Bob Lynn agreed saying that regulating marijuana is bringing the issue above board.

“If we continue like we are…marijuana is quite available in Petersburg it always has been, when my kids went to school in the 80s, it hasn’t change,” said Bob Lynn.

The next regular meeting for the Petersburg borough is Aug. 1 at noon.