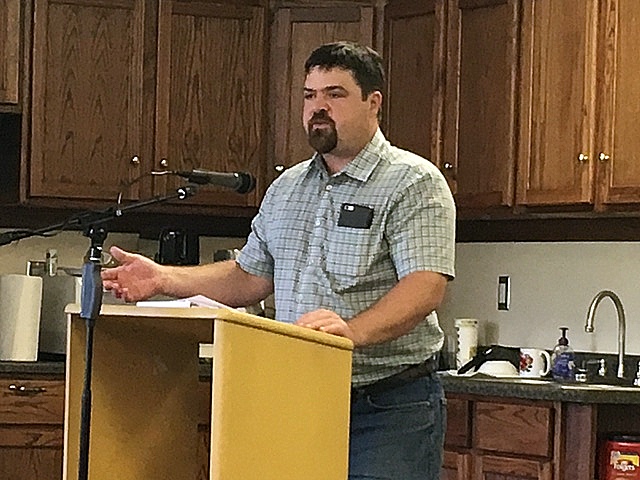 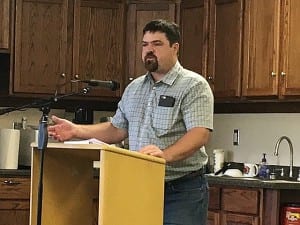 Petersburg borough’s assembly was united in voting at Monday’s regular meeting. Everything they voted on ended with a unanimous support including two on marijuana. KFSK’s Angela Denning reports:

The borough assembly unanimously approved two marijuana ordinances. One sets marijuana regulations in place for the borough and the other establishes fines for breaking those laws. But that was just a few of the ordinances and resolutions that assembly members agreed on.

The group also approved updated language to the borough’s Smoke Free Air Act. The act prohibits smoking in public places and places of employment. The new language adds E-cigarettes to the definition of smoking so they would be regulated the same as cigarettes. Also, any future marijuana retail stores would be included in the smoking ban.

Assembly members heard from Katie Yeckley, the Director of Tobacco Prevention and Control with Petersburg Indian Association. She asked the assembly to increase the smoking ban distance from five feet to 25 feet from businesses and other public places.

The assembly did not increase the distance and approved the ordinance with the changes they had already considered.

Another ordinance had assembly supporting additions to the fiscal year 2017 budget for known changes. The budget would increase for:
-$41,000 grant to the borough for the Hungry Point Trail expansion
-$149,000 Homeland Security grant for public safety communications equipment
-$86,000 in remaining Secure Rural Schools funding to be used for paving and patching various streets in town

Then the assembly agreed on a resolution authorizing more paving on borough streets.

The group also unanimously approved a resolution supporting a state income tax over a state sales tax, issues that the Governor and Legislature have been considering to bring in more revenue.

“When you look at the State of Alaska one of the things that you have is a lot of the smaller communities like similar to the size of Petersburg, even smaller, have a sales tax in place, whereas, a lot of your bigger municipalities do not,” Lynn said. “So, what happens is if you put an additional three percent or six percent from the state on top of what we have, that would put our local sales tax at nine percent or higher.”

But Lynn says an income tax would also include visiting workers.

“An income tax reaches out to all those, even those who make their income in Alaska but then take that out of state; quite a difference,” he said.

“Sales tax is a regressive and for those of us who don’t know regressive taxes they hurt those people on the lowest end of the income spectrum the most,” Stanton-Gregor said. “And just on an ethical level I have a problem with that. It doesn’t seem equitable to me.”

Also at the meeting, the assembly unanimously approved a change order of $86,000 for work on two pump stations and a sewage line. Assistant Public Works Director, Chris Cotta, told the assembly that the work was done last summer along South Nordic Drive but negotiations with the state about the cost has drawn out.

“The biggest part of that cost was for…when we’re excavating under the road we just found a lot more mud and organic material than we thought we were going to find,” said Cotta. “So to take that material away and replace it with rock adds money to the contract.”

Also at the meeting the assembly approved several planning permits.

The next regular meeting for the Petersburg borough assembly is August 1 at noon.