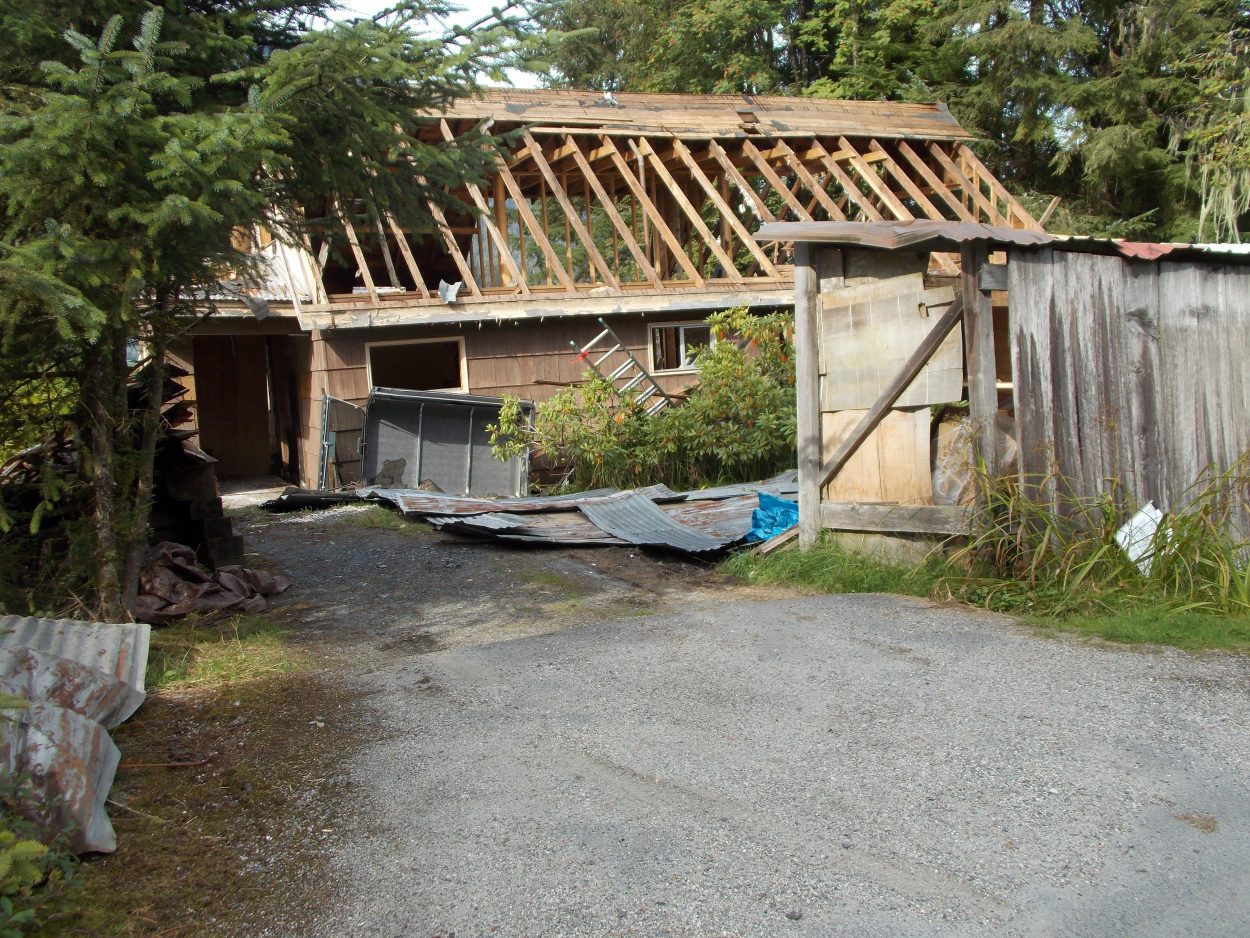 The legal battle continues over a demolished home on Wrangell Avenue in Petersburg. The structure was taken down in 2014 after the borough declared it a dangerous home. The owners of the home are appealing last year’s court ruling in favor of the Petersburg borough and have filed another suit challenging borough staff visits to the property in preparation for demolition.

Homeowners Karen Ellingstad and husband Fred Triem had their aging house at 1011 Wrangell Avenue taken down after the borough assembly in December of 2013 declared the structure a dangerous building and ordered it fixed up or removed. The foundation of the home failed in 2009, leaving it resting on toppled pilings. 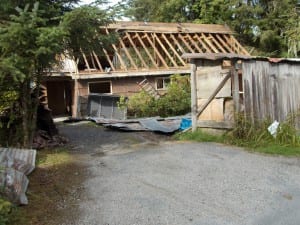 Homeowners Karen Ellingstad and Fred Triem took down the home at 1011 Wrangell Avenue in 2014.

This January, Ellingstad filed suit against the borough alleging violations of the U.S. and state constitutions along with local municipal code. Ellingstad argues that Petersburg’s building official at the time Leo Luczak and public works director Karl Hagerman conducted searches on the property in January of 2014. Luczak and Hagerman went to the home to take photos and look for any signs of asbestos. That was in anticipation of the borough following through on the demolition order from the month before. The lawsuit characterizes those visits as “illegal searches,” without a search warrant or the homeowners’ knowledge or consent. Ellingstad argues those visits violated the fourth amendment of the U.S. Constitution which aims to limit unreasonable searches and seizures by government on someone’s property or person.

Ellingstad is asking a judge to permanently block the borough from doing future inspections or home visits without prior notice to the home owners or obtaining a search warrant. She’s also asking the court to award damages and the have the borough pay the cost of the litigation.
The borough’s attorney Jim Brennan responded to the suit by admitting Luczak and Hagerman made the visits and took photos and samples of floor tiles to look for asbestos. However Brennan argues those were not “warrantless searches” and were required for the borough to deal with the dangerous building, especially if asbestos was found in the floor tiles. In a court filing, Brennan writes that the visits were not part of a criminal enforcement action requiring a warrant.

That case is scheduled for a trial next May.

Meanwhile, the court battle is not over for the original administrative appeal of the borough assembly’s December dangerous home ruling from 2013. Ellingstad and Triem appealed that decision. Last year superior court judge Phillip Pallenberg ruled in the borough’s favor in the case, awarding 1000 dollars in attorney’s fees to the municipality.

However Pallenberg in that ruling noted that some of the homeowner’s arguments had merit. He wrote that the borough did not provide a good explanation for why it did not provide a packet of materials to Triem and Ellingstad but provided that information to the borough assembly in advance of a hearing on the matter.

Pallenberg wrote, “The borough only prevailed on appeal because appellants made no convincing argument as to how the hearing could have turned out differently if they had received the report in advance of the hearing.”

The judge cited procedural irregularities in the hearing process over the home demolition and noted the ruling was a close question. Triem and Ellingstad have appealed that ruling to the state’s supreme court.