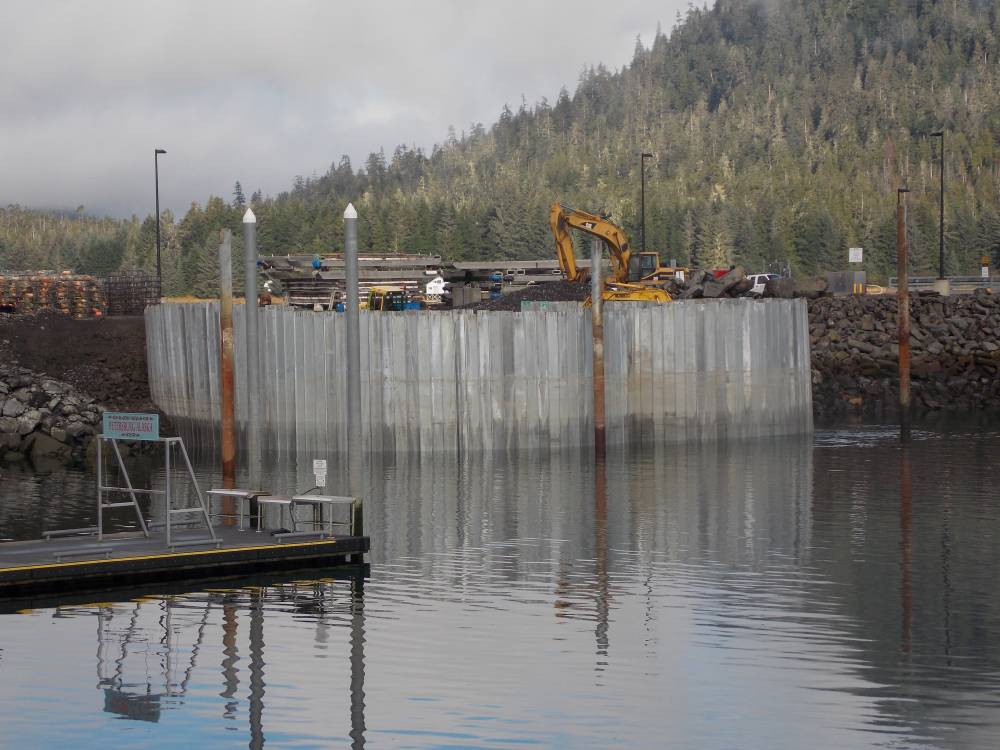 Construction of Petersburg’s new bulkhead loading dock is not far from finished while a renovation of the municipal building and police station is moving along.

Petersburg’s borough assembly heard updates on those large construction projects during Tuesday’s meeting. The loading bulkhead is being built by the construction company Tamico on the rock filled parking lot leading up to the borough’s new drive down dock in South Harbor. It will add another spot to load and unload boats. 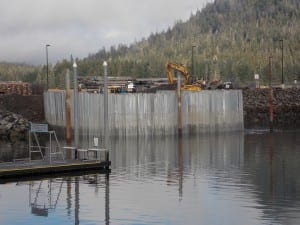 Harbormaster Glorianne Wollen said the contract was scheduled to be completed by the end of November but thought the project might be done by the end of this month. “It’s going well, they’re back-filling, tamping it all down,” Wollen explained. “The way the bulkhead will work is it’s almost like a pumpkin, where those sheet pile will engage with the pressure of the fill and it comes together, locks in place and then we’ll sit and watch it for two weeks to see it kinda do it’s thing. And once it’s fully engaged and it stops moving, then they’ll come back and finish by putting a fender pile system out in front, so you’ll actually be able to tie your boat up and use it. So that’s really exciting. It’s all dredged to a minus 16 so all our boats can get to the face of it.” 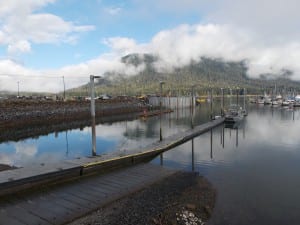 The bulkhead is a $1.3 million addition to the drive down dock which cost $7.8 million and was funded by a state grant. Wollen reported the harbors have been replacing some bull rails in South Harbor as well.

Meanwhile work on the $6.6 million renovation of the borough’s downtown office building, police station and jail started in May. Borough manager Steve Giesbrecht reported that project is moving forward.

“Framing upstairs I think is almost done, framing downstairs is complete,” Giesbrecht said. “Anyway (it’s) coming along really well. We should start seeing a lot more looking a little bit less like a burned out building.” 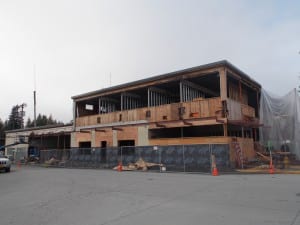 That renovation will continue into 2017. With the cost of design, rent, moving, new furnishings and communications equipment the overall price tag for the project is expected to be close to 10 million dollars.