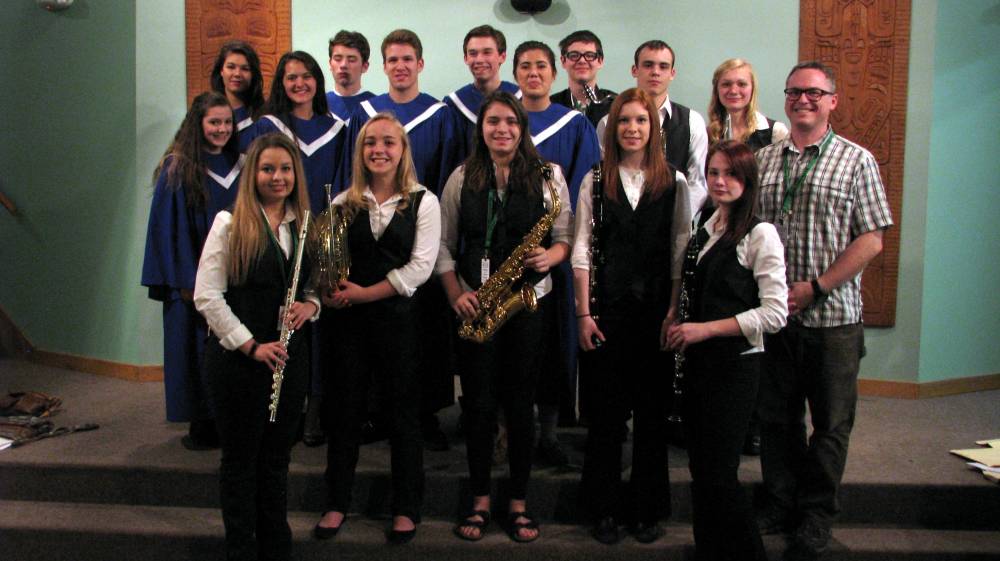 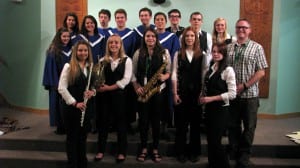 Fifteen Petersburg high schoolers performed with the best music students in Southeast at a recent Honors Music Festival in Haines. As Angela Denning reports, the experience was inspiring for both the students and the teacher.
The Honors Music Festival brings together students from around Southeast. They practice for three days straight and end with a concert. They’re led by a visiting director and conductor from the Lower 48.

The students have to be accepted into the festival through an audition process prior to the event. Altogether, there were about 60 students in the band and 60 in the choir. Of those, 15 were from Petersburg.

“It’s kind of like the band concert master, the first chair clarinet,” Lenhard said. “Depending on the band [first clarinet] can have different roles, for tuning the band, like a concert master in a string orchestra. So it’s a big deal.”

Senior Alexandra Bless, was that person. 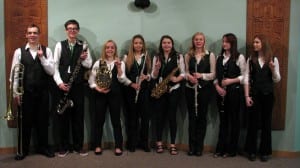 “It was a big deal,” Bless said, “kind of nerve racking at first but I realized it wasn’t that bad, I practiced all the stuff so I knew it and I was ready for all the solos. It was pretty exciting.”

“So you were okay with the pressure of being the first chair?” I asked her.

“I don’t really get nervous under pressure like that and I guess I handled it pretty well,” Bless said. “I wasn’t nervous during practices or even during the performances.”

Senior Kayleigh Eddy played the flute in the Honors band, an instrument she started learning as a Freshman.

“Well, we play a lot of the melody and I think that that’s really fun to be able to play the actual song part of the music,” Eddy said. “You get to play really high, I just really like it.”

The students practiced the music before the festival and then were led by visiting band conductor Keith Hodgson from the University of the Arts in Philadelphia.

Choir was the other part of the festival.

Senior Kelsa Sperl says singing with an honors choir is different than a regular school choir. 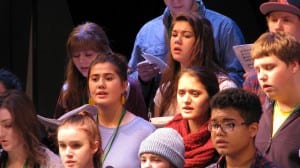 “Everyone has practiced their music and everyone had to get in with an audition so everyone is pretty high level of singing,” Sperl said.

Sperl and the other singers were led by guest director Brennan Baglio who teaches music at Northwest College in Powell, Wyoming.

“He paid really close attention to detail so we learned a lot about pronunciation and music and accents on certain things and just how you work together as a whole to put more detail into certain parts which was kind of cool,” Sperl said.

Senior Ethan Cummins is a tenor in the choir. He also liked performing the Awakening.

“It had a lot of easy notes to sing that you could really put a lot of power into,” Cummins said. “Like the people I stood next to, we could sing it very well and it sounded really, really good.”

Although Cummins is a Senior, it was his first time to the Honors Festival. In fact, he’d never been in music class before this year. He says he likes class and the festival.

“It was really cool to just spend a full day singing,” Cummins said. “It was a really cool experience.”

It was Junior Julia Murph’s second time to the Honors Festival and she said she loved it just as much the second time around.

“I think it’s a wonderful way to spend your whole day because you’re with people who also love singing,” Murph said, ” and it’s nice to hear all the voices together you know with the different harmonies going in and out of each other. I just really like it.”

As the teacher, Lenhard says he also learned at the festival. He says it’s good to get an outside perspective from the visiting directors.

“Bringing in fresh ideas to our student musicians but also to us as teachers because we’re in the rehearsals too observing how things get worked through and get inspired,” Lenhard said.

The Southeast Alaska Honors Music Festival has been going on since 1974 as a way for students from smaller schools to play challenging pieces with their peers.