Property owners on two Petersburg streets to vote on paving 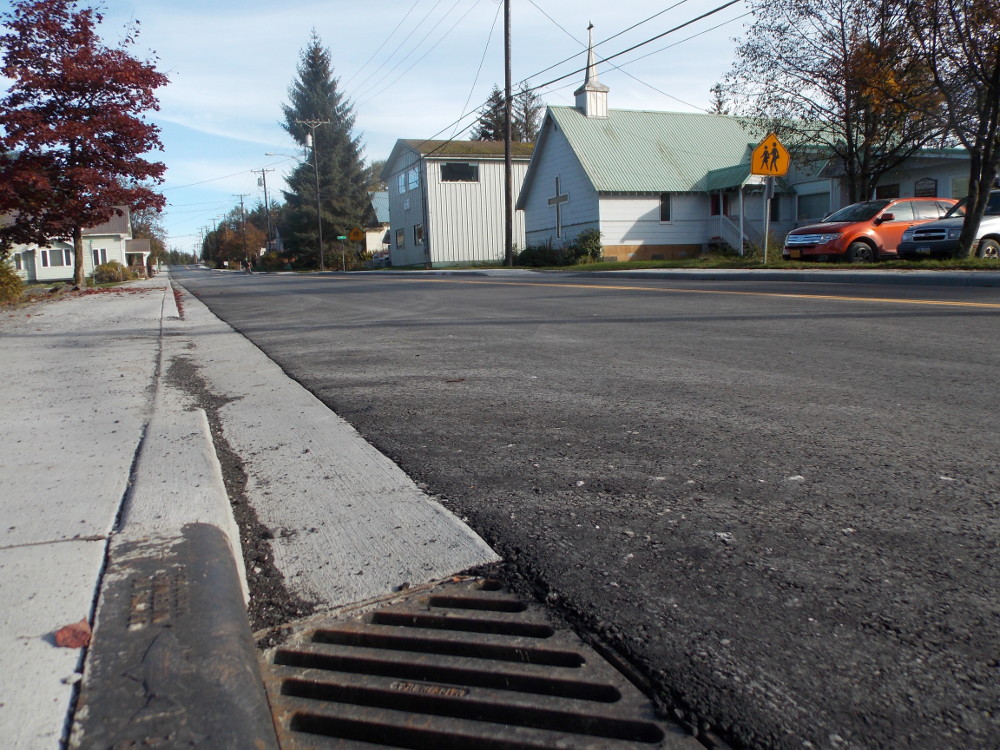 Property owners on Vesta and Unimak streets in Petersburg will be voting in the next few weeks on whether to pay for paving in those two neighborhoods. Petersburg’s assembly Monday voted to send out ballots on self-pay paving. The assembly also voted against a zoning change on Mitkof Highway.

Landowners in the two Severson subdivision neighborhoods could be creating Local Improvement Districts to pave their dirt roads. The assembly last week held a public hearing on the issue and heard from homeowners for and against the project. The work would be paid for up front by the borough and that cost would be repaid by property owners.

Assembly member Jeigh Stanton Gregor wanted to move forward to a neighborhood ballot. “Given the feedback we’ve received and the way the process has proceeded to me it does seem like the prudent move to approve this and move it on to the next balloting stage and see what the voters of these neighborhoods decide,” Stanton Gregor said.

The LID process has been used only once before in recent memory, when homeowners payed for chip sealing on Rambler Street, also in the Severson subdivision. Borough officials say the municipality has no money to pay for paving and wanted to offer the LID process to take advantage of an asphalt paving plant in town from last year’s state road work. In this case chip seal is not an option for Vesta and Unimak. But the borough considered two other types of asphalt surfacing.

Bob Lynn wanted to make the vote simple by not providing multiple pavement options and payback costs. “I would really like to see us and I’ve been harping on this a long time that we put in a cost, even at the high end,” Lynn said. “And that maybe we select a pavement, to go which way we wanna go, other than put all the options in.”

The assembly agreed to offer the cheaper paving option on both streets after assistant public works director Chris Cotta said that would do. The assembly also agreed to stick with 10-year repayment with three percent interest. Homeowners can also repay their portion of the paving up front without any interest.

The vote was unanimous to move the paving to a neighborhood ballot. That will be by mail and ballots have to be returned by July 10th.

66 percent of land owners have to vote yes to go forward with the project. In each of the two neighborhoods, that means owners of 16 of the 24 lots will have to vote yes.
Homeowners who are opposed to paving can return a no vote, or simply not return the ballot – that will also be counted as a no vote. If approved the paving could happen in late summer.
In other decisions, the assembly agreed with a recommendation from the planning commission and decided not to change zoning on rural residential property on Mitkof Highway about seven miles south of town.

Raleigh and Marsha Cook, interested in purchasing the property, wanted the borough to rezone the land as industrial. The two parcels, totaling just under four acres, hold a sand and gravel pit. The materials there are removed under a conditional use permit, settings some restrictions on the borrow pit. The Cooks want to continue selling the sand and rock from the land and hope to put a manufacturing shop and storage facilities on the land as well. Industrial zoning would have removed restrictions on hours of operation or allowable buildings on the property.
Neighboring home owners objected to the change and argued that the restrictions under the conditional use permits should continue. The assembly agreed and voted unanimously to affirm a recommendation from the planning commission to deny the request.