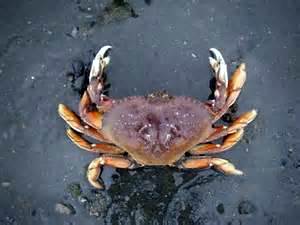 The summer season for the commercial Dungeness crab fishery in Southeast Alaska will be three weeks shorter than usual, closing on July 25th.

The Alaska Department of Fish and Game made the announcement on June 29, after tallying the harvest from the first seven days of the crab season. The catch from that first week came in at 605,000 pounds.

Joe Stratman is the state lead crab biologist for the Southeast region.

“I would say it’s unprecedented. It’s only the second time we’ve come under threshold and it’s the largest reduction we’ve made to the fishing time to the summer season,” said Stratman.

The summer crab season was shortened once before, in 2013, but only by one week, not three.

The Dungeness crab fishery here is what Stratman calls a “data-poor” fishery. There’s no baseline stock assessment, so managers instead rely on early season harvest data to predict the total catch for the season.

An estimate of 2.25 million pounds is what’s needed to keep the season open the full two months. The current estimate for the combined summer and fall harvest is 1.68 million pounds. That’s the lowest since Fish and Game implemented a management plan in 2000.

Stratman says in this situation, they need to take a precautionary approach.

“I think the Department has to assume that the stock is of below-average health and the management plan dictates that we take action to reduce fishing pressure on the stock,” he said.

He says that one factor for the low catch could be that the male Dungeness crab molt, or growing a new shell, is happening later than usual. Molting typically occurs anytime between February and early July, but varies year to year and geographically.

Fish and Game is currently taking port samples to determine the amount of soft shell crab caught in the first week. Even if they find them, Stratman says biologists don’t really know why they might be molting late.

“We’ve heard anecdotally that water temperatures are low this year,” he said. “It could be a large class of crab recruiting into the fishery, so there’s competition for resources. That could also play a part in molt timing. I think it’s probably not just climatic forces at work.”

Delayed molts can sometimes mean bigger catches during the fall season, when on average 20% of the total crab harvest is taken, versus 80% during the summer.

State managers will know more about whether or not a late molt is occurring when they gather more harvest data in July.