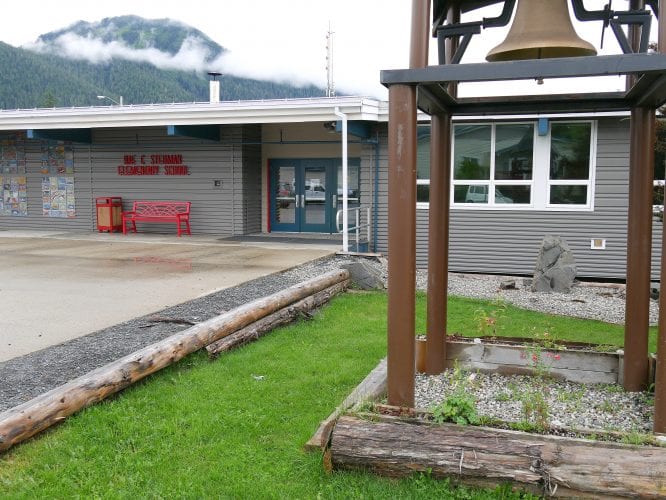 There are two new teachers at the Rae C. Stedman Elementary School in Petersburg this year and a few others who are changing roles there. KFSK’s Angela Denning reports:

Shifting jobs at a school is a normal procedure as student enrollment changes from year to year. Some teachers retire and others just want a change. This year, there are four main changes with the teaching staff at the grade school.

New teacher Sarah Hadad-Dembs will be teaching the 5th grade. She’s coming to Petersburg from Haines where she was filling a one-year contract for technology work.

Although Dembs has been in Alaska for just one year she’s taught in grade schools for several years. She says she’s glad to be getting back into the classroom.

“I’m excited about that,” Dembs said. “That was my first love so it’s kind of neat to be able to get back with the little kids full time. Last year, I did a part-time position as a math specialist in elementary so I’ve kind of been slowly transitioning back but not full time for a while so I’m excited about that.”

“I feel like you need to balance it but it can be an amazing tool if you do it correctly and it really helps with engagement with the younger kids,” Dembs said.

Another new teacher at the elementary school is not really new. Stephanie Pawuk has been subbing at the school for the past three years while she was raising three little ones at home.

Before that, Pawuk taught third grade for two years in Washington. Her outlook is positive for getting back to teaching full-time.

“I feel good,” Pawuk said. “I’m excited to work with all the great teachers and I love working with kids.”

Pawuk says teaching a combined third and fourth grade class this year will mean a combination of instructing the students all together and separately.

“You want to start out the year treating it as if it’s one class complete,” Pawuk said. “And you do a lot of team building in the beginning of the year. And then you do divide them out a bit for math because they have so many different math skills. You kind of go with their different levels for reading. You can kind of make groups within your class that have similar skill sets.”

“One is Title 1 and in this school that’s doing small reading groups,” said Warmack. “And also supporting English language learners. So, in all of the school buildings if there is an English language learner I will be supporting them. And the Migrant education piece are those fishing families so there’s a grant that provides assistance to those families in different ways.”

Warmack says the idea for her to move from the classroom to a specialized role came from her Principal Teri Toland and Warmack agreed it was a good idea.

“I’m most looking forward to providing targeted support for small groups in a peaceful classroom filled with books,” Warmack said.

Another role change at the Stedman Elementary is last year’s 4th grade teacher Heather Conn moving into the elementary’s Special Education position. She’s taking over for Martha Bless who retired. Special ed is a place where Conn feels right at home having taught it for six years in Colorado. She says she likes the job best for the relationships.

“I mean, I get the relationships in the regular ed classes but you’re servicing a smaller population in special ed and you can build those one on one relationships,” Conn said.