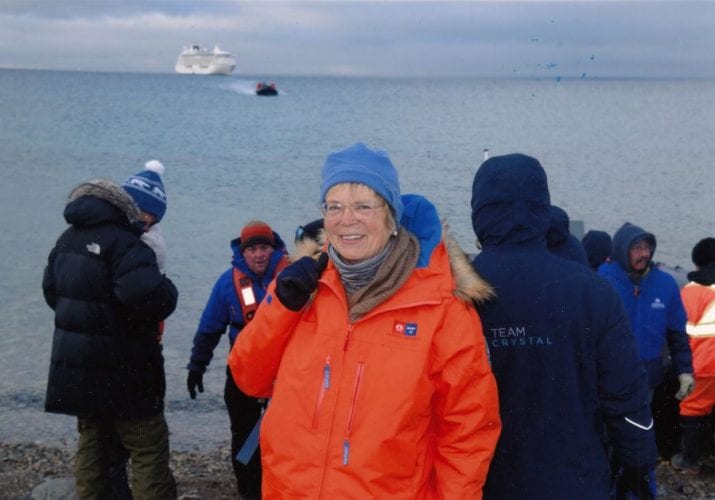 A warming climate is making it easier for vessels large and small to transit the Northwest Passage. 2017 was the second year for the cruise company Crystal Cruises to offer a month-long expedition onboard its luxury ship the Crystal Serenity through the famed ice-choked waterway. Petersburg resident Karen Hofstad was among the passengers making the journey of over nine thousand miles in August and September from Seward to New York, part of the way escorted by two ice-breaking ships. Hofstad spoke with KFSK’s Joe Viechnicki about the trip of a lifetime.