Petersburg mayor seeks to change appointment to hydro agency board 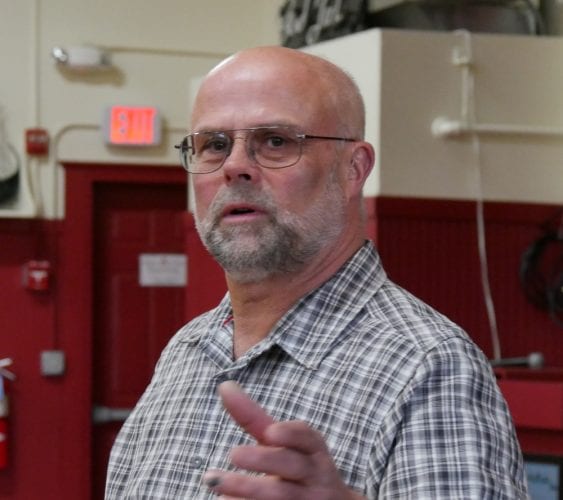 The borough assembly last month voted by anonymous ballot, writing names on a scrap of paper, to appoint former assembly member Bob Lynn as the voting member on the SEAPA board. The assembly backed mayor Jensen as Petersburg’s alternate.

In the packet for the assembly’s meeting this Monday, December 5th, borough clerk Debbie Thompson writes that the secret ballot is not allowed. Thompson and mayor Jensen decided the issue should be revisited. Jensen is proposing to appoint his brother John to the seat instead of Lynn. John Jensen held that seat before last month’s vote. In fact he was appointed to it in another round of anonymous balloting last year. He was also appointed the alternate by anonymous ballot in 2014. In some years, the assembly has filled the seat with the mayor making the appointment and without a secret ballot. For instance, in 2015 four people submitted their names. Petersburg had two voting seats and two alternate seats that year and all four were appointed without objection. The assembly has also used an anonymous ballot vote to fill vacant seats on other boards and commissions when more than one person is interested.

The borough’s charter states, quote “The mayor, with majority vote of the assembly shall appoint committee, board and commission members which are not elected” unquote.
Besides revisiting the appointment to the SEAPA board, Monday’s agenda also includes a discussion on proper appointment procedure and ending secret balloting on appointments.

In other issues, the assembly is scheduled to vote on awarding the swimming pool lighting replacement project to Sitka Electric. The assembly denied an appeal on that work from a Homer company last week.

There’s also the third and final reading of an ordinance for changes to this year’s budget. Assembly member Jeff Meucci wants the assembly to decide whether a committee should be formed to consider a cruise ship passenger fee. Meucci is also asking for a vote on whether the borough should pursue property owned by the state Department of Natural Resources at Papke’s Landing.

The assembly will vote on a timeline for next year’s borough budget, along with budget policies and a form for organizations seeking community services grant funding from the borough.

There’s also an update from the borough’s lobbyist in Washington D.C. on sea otters.

The assembly will also discuss online cyber security and who’s allowed to put items on the assembly agenda. The meeting is Monday, December 4th at noon in assembly chambers. KFSK will broadcast it live.