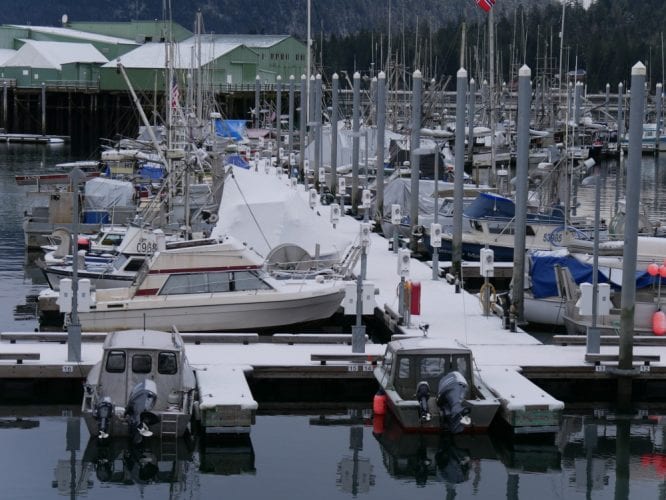 Harbor staff, the owner and neighbors helped put out another boat fire in Petersburg Saturday morning, this time in Petersburg’s North Harbor.

“It was knocked down pretty well by the owner of the boat and other fishermen that were in the area, fortunately ‘cause it could have been really big, “said Dave Berg, spokesman for the volunteer department. “While it’s still under investigation, it looks as though the cause was an oil stove that flared up. You know how does it cold weather, you turn that carburetor on and the stove warms up and suddenly it starts to flow more and more and if it’s unattended it can cause and catch, it can get too hot and catch other things on fire. In this case there were some combustibles that were placed very close to the stove and they caught on fire and it caused quite a blaze. Fortunately not too much damage because it was caught early in it but it scorched the house pretty good.”