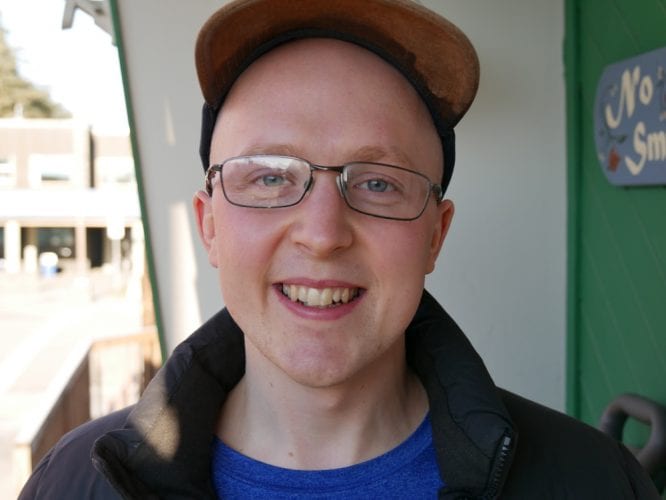 Lawmakers from Southeast Alaska have mixed reviews on the Alaska Government Accountability Act, a proposed ballot initiative that voters statewide could be deciding this fall. The measure was sponsored by one legislator from the Alaska panhandle, but representatives and senators are somewhat split on whether it’s a good idea.

Supporters of the ballot initiative in January turned in more than 45,000 signatures to the Division of Elections.

“It was difficult as giving away candy to kiddos on Halloween,” said Sitka Democratic Representative Jonathan Kreiss-Tomkins, one of the sponsors of the initiative, on what it was like to get people to sign.

“I think there’s a lot of belief that there’s sort of room for reforms in the legislative institution and good government and public integrity and campaign finance and getting money out of politics or at least making it more transparent,” Kreiss-Tomkins said. “The vast majority of people believe these things.”

The initiative would stop per diem payments to lawmakers if they fail to pass a state operating budget in the first 121 days of a session.
It would also toughen state law on financial conflicts of interest for legislators, reimbursement for foreign travel and campaigning by foreign corporations.

Ketchikan non-affiliated representative Dan Ortiz said the limit on per diem pay makes sense to him. “While I agree it’s important to keep a balance of power between the executive and legislative branches, it just seems to me, it hasn’t been convinced to me that we couldn’t do what we need to do within the allotted time of 120 days, if not 90 days and pass a budget,” Ortiz said. “Because again, by the time we end up passing a budget, which we have to do, we can’t leave until we do it, it ends up being a budget very similar to the budget we’re talking about 30-60 days previous.”

He’s not the only lawmaker from Southeast who likes the measure. Juneau Democratic representative Justin Parish thinks it’s worth supporting.

“The ballot initiative has got some excellent points to it,” Parish said. “It’s got some really good anti-corruption language which I think is solid, a mechanism to penalize legislators if they fail to pass a budget in a timely fashion. I worry that that mechanism could incentivize sessions being held elsewhere, I hope that it doesn’t come to that.”

Others from Southeast think the initiative is a bad idea.

“The two primary supporters are new into the legislature. Neither one of ‘em have ever done anything. I don’t think they even understand how it works,” said Sitka Republican Senator Bert Stedman. He calls the measure “ridiculous” and has multiple concerns about the initiative.

“We’ve had corruption problems in the state,” Stedman said. “I don’t think it’s in the best interest to have legislators that don’t have the financial ability to basically buy a hamburger and they get bribed out on virtually hamburger dinners. I find it repulsive. The flip side of that is I don’t think you want a legislature that is dominated by people that never had jobs and never had any decision making capacity. That’s why you don’t put an entry level person in charge of your company.”

He’s not alone. Juneau Democratic representative Sam Kito III calls the idea of withholding per diem without a budget “shortsighted and patently unfair to many legislators.”

“So if we get called into a special session in Anchorage because we haven’t passed a budget, I’m not going to be able to afford to go,” Kito said. “I can’t afford to go and pay for a hotel room while we’re waiting for a budget out of my own pocket. I just can’t.”

Kito said the job costs him about five thousand dollars a year more than he makes on a legislator’s salary.

The governor is calling for tougher incentives – cutting off lawmakers per diem and salary if they miss a 90 day deadline to pass a budget. If approved by voters, the ballot initiative would take effect in July of 2019.

The Division of Elections is checking signatures to determine if there are enough to qualify for this year’s ballot. Just over 32-thousand are needed from house districts around the state.