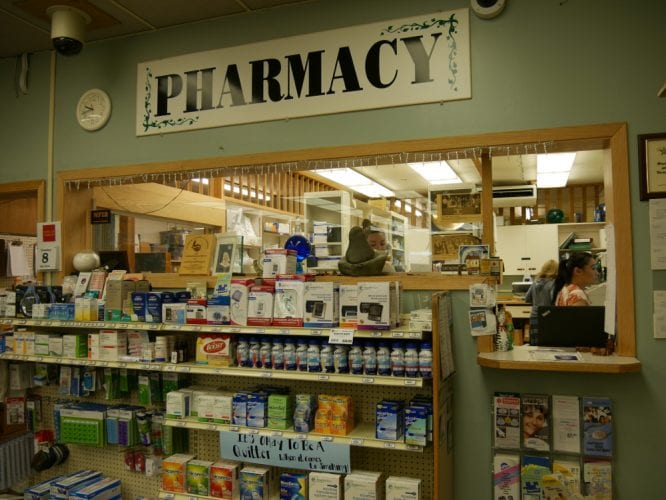 Pharmacists in Alaska this week are celebrating the passage of a bill making changes to prescription drug benefits and how businesses are reimbursed for that medication. The legislation was opposed by health insurers and the companies they hire to oversee pharmacy drug sales.

It’s another busy morning at Petersburg Rexall Drug Store as pharmacist Cate Kowalski and two employees answer phones and fill prescriptions. It’s the day after the passage of House Bill 240 in the Senate and Kowalski says she’s elated after trying with other pharmacists to get it passed for about a decade. The change that impacts her business the most will give the state the authority to decide appeals on the reimbursement that pharmacies receive for medication.

“I mean we’ve been getting squeezed and squeezed for years,” Kowalski said. “And even to the point where it’s not covering the cost of what we pay for these drugs. And so when you try to appeal them we had no recourse. We would send things in. They would say, ‘Oh yes this is how you do it,’ but we would never get anything back.” 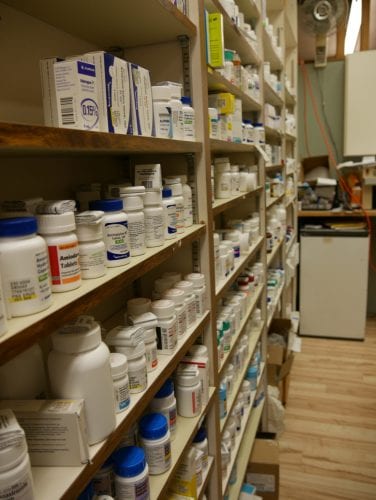 Insurance providers hire companies called Pharmacy Benefit Managers for this medication reimbursement and other oversight of the benefit. Those PBMs, as they’re called, have had the authority to negotiate drug prices between insurers and pharmacies and decide appeals. House Bill 240 creates a more transparent appeal process for pharmacies disputing reimbursement. It also gives the state’s Division of Insurance final say in disputes.

Cindy Laubacher of Express Scripts, a national Pharmacy Benefit Management company headquartered in St. Louis, testified before the Senate Finance Committee April 20th. She outlined multiple problems she saw in the legislation. She also told the committee it was a huge concern to turn over appeal authority to the state.

“We have appeals processes,” Laubacher told the committee. “We are happy to sit down and talk about creating an appeals process in statute that makes sense, that is fair for everyone but we would say that handing the state the authority to make, taking that authority away from our clients and giving it to the state to make reimbursement decisions is hugely problematic for us and for our clients.”

Laubacher explained her company was not trying to put community pharmacies out of business. But small independent businesses say they are being forced to close.
Alaska Pharmacists Association legislative co-chairman Barry Christensen of Ketchikan told the committee the group has seen a 25 percent decrease in independently-owned community pharmacies. He said he thought PBMs played a big role in those closures. That association supported the legislation, as did the state’s Board of Pharmacy.

Legislators were convinced to make changes in the pricing practices.

“Wholesale distributors in this example, last year, was selling Tamiflu for about $58 for a prescription,” Giessel said. “But the PBMs were reimbursing the pharmacy $20 for that prescription. So every time a pharmacy dispensed Tamiflu they were losing $38 dollars. There’s not many businesses that can stay in business with that kind of loss Mr. president.”

Supporters of the bill say PBMs have prohibited pharmacies from mailing prescription medication to rural parts of the state. Backers also say they’ve not allowed a pharmacist to tell a customer if there’s a less expensive option for medication if a customer opts to pay out of pocket. The legislation prohibits the mailing restriction and the so called “gag rule” for cheaper options in contracts between PBMs and pharmacies. It also seeks to create more reasonable procedures for PBMs auditing pharmacies and it requires PBMs to register with the state.

The bill was opposed by the trade association, America’s Health Insurance Plans. That organization wrote that it will increase the cost of medication. Insurance companies say PBMs help prevent fraud and keep medication costs down. Health insurer Aetna opposed it.

The bill was sponsored by Fairbanks Democrat David Guttenberg and had legislators signing on as sponsors from both sides of the aisle. The bill passed the House unanimously in April and the Senate earlier this month and goes next to the governor for his signature.

(Petersburg Rexall Drug is an underwriter of KFSK in Petersburg where this story was produced.)