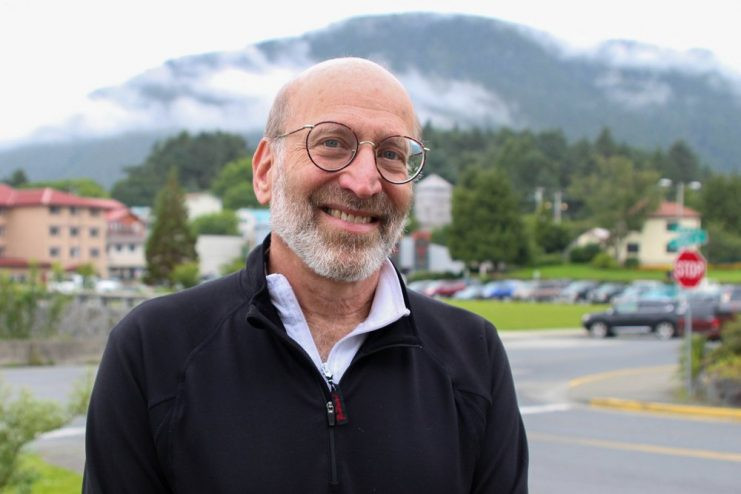 A retired surgeon from Sitka is hoping to win the Republican nomination for the state house seat representing his hometown and other small island communities in Southeast Alaska. Richard Wein is running to give voters in the district a choice.

The 68-year-old Wein hails from northern New Jersey and has been in Alaska for about 18 years. He worked for 10 years at the Southeast Alaska Regional Health Consortium in Sitka and then seven years at Sitka Community Hospital.

Wein explained he wanted someone to challenge Sitka Democrat Jonathan Kreiss-Tomkins, a three-term incumbent. Wein called himself an Alaskan Republican and by that he means a free spirit and a pioneer. He said a balanced state budget is important to him and he wants to control state spending. He said education needs to be adequately funded but also believes the state needs to work on what kids are learning in school and how they’re sent out into the world. Another important issue for him is security. He wants to rescind senate bill 91, a crime reform bill, and start again on that issue.

Wein said he’s not in favor of career politicians and wants to challenge what Kreiss-Tomkins has been able to accomplish in six years.

“You need the strong voice,” Wein said. “You need the, I’ll say, the intellect to begin to analyze and to move forward on things that are important for us. And I don’t think the incumbent you know has that capability now. And actually it would be a favor to him to step out of this role for a little bit and gain some life experience and I think he would be much better for it. He’s an intelligent young man.”

Opponents to the incumbent have tried to make his age and life experience an issue but Kreiss-Tomkins has held off those challengers twice already.

Wein has a bachelor’s degree from Columbia University and a master’s from Columbia journalism school in New York and a medical degree from Tufts University in Boston. He worked 20 years as a surgeon in New Jersey before moving to Alaska and has served on a hospital board during his career. Last year he was elected to Sitka’s assembly, but he doesn’t consider that his first foray into the world of politics.

“In a manner of speaking medicine in itself is highly political so being a chairman and director and chief of staff had its political element,” Wein said. “And in a very really way I learn how to proceed in the political venue through my surgical experiences. And by that I mean it helped direct me to be forthright, honest and thoughtful as it relates to decision making.”

Wein thinks there are changes that can be made at the state level to improve health care in Alaska and specifically the state’s involvement in Medicaid.

“I know how it works,” he said. “I know what some of the problems are and I do believe that Alaska can craft a much better system being one, inclusive, but also less costly.

Wein’s contract wasn’t renewed at Sitka Community Hospital last year. He explained he had a difference of opinion on compassionate care. Wein said his entire career he has provided health care to people regardless of their ability to pay and he continued that practice in Sitka.

“There’s the famous what’s called aisle seven, meaning when I would be over at Sea Mart or Lakeside at the super market people would come and ask me questions,” Wein explained. “And I wouldn’t tell them, hey make an appointment, I can’t see you and therefore I would generate a bill. I would speak to them. And people were always free to speak with me.”

Wein explained that practice was not supported by the hospital. The hospital CEO at that time declined to offer details on what was called a personnel issue. Hopital staff and Sitka residents spoke out on his behalf and opposed the decision to end his contract. Wein said he’s retired from medicine and while he’s maintained his medical credentials he said that won’t always be the case.

Wein first will take on another Republican in the August primary, former Hoonah mayor Kenny Karl Skaflestad. Wein says his first sworn duty now is to the Sitka assembly and he’ll be campaigning in between his meetings in Sitka. He says he can handle both the Sitka assembly seat and a House campaign but says he’d resign from the assembly if he’s elected to the legislature.