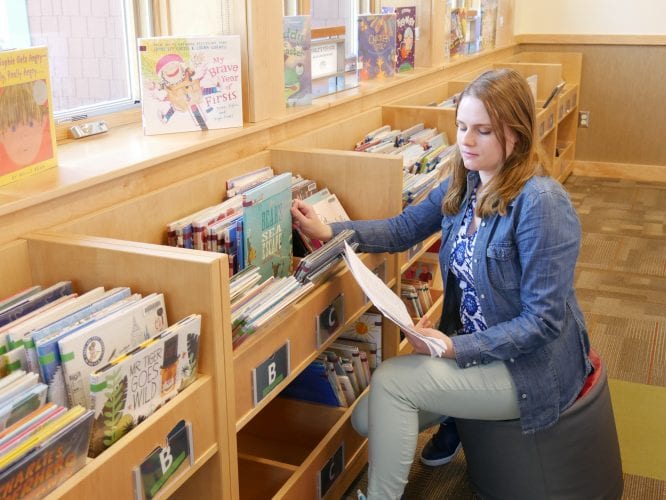 For the first time this summer, Petersburg Public Library is participating in a three year old internship program for people getting their Masters of Library Science. Anchorage also has a library intern. The state covers travel costs and a stipend for interns, while the local libraries design a project that will help them meet the community’s needs. Alanna Elder spoke with Petersburg library intern Veronica Bilenkin about her efforts to revamp the children’s book section as well as finding refuge and opportunity between the shelves.

Bilenkin also thanked Karen Hofstad for giving her a place to stay during her eight-week internship, which ends in late August. One requirement for the libraries that participate in this program is that they provide free housing to interns. Alaska State Libraries will begin reviewing new project proposals in the fall. 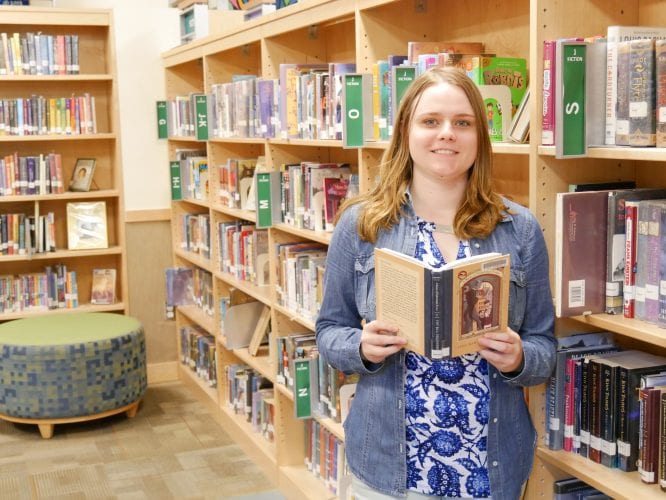 Bilenkin holds up A Series of Unfortunate Events, which she says got her hooked on reading.