Moose harvest continues to be lower than recent years 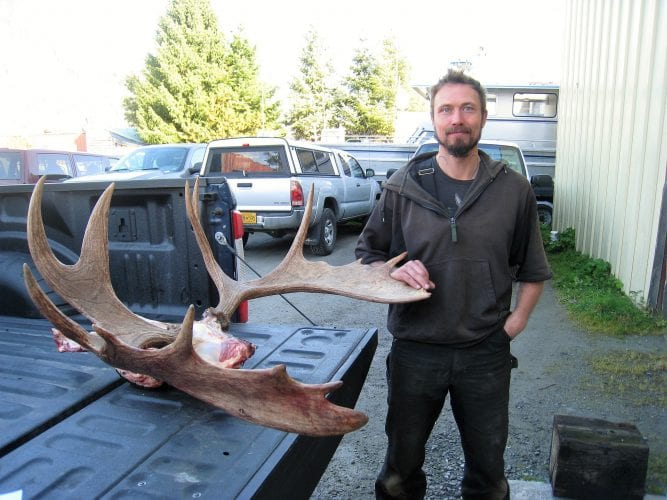 Petersburg resident, Leif Weathers, harvested this legal moose during the first week of the fall hunt in 2018. (Photo courtesy of ADF&G)

The moose hunt near Petersburg, Wrangell, and Kake is in its second week. So far, it has produced a smaller harvest to date than in recent years. As of Thursday afternoon– twelve days into the hunt–27 moose were harvested. That’s about half of what was harvested by the same time the last two years.

Four of the 27 moose were illegal, according to the Alaska Department of Fish and Game in Petersburg. All four came from the Stikine River.

Fish and Game says 10 bulls total have been harvested on the Stikine. Six bulls have come from Kupreanof Island. Hunters have taken four in the Kake area, two on Mitkof Island, one on Wrangell Island, one on Kuiu Island, one in Thomas Bay on the mainland north of Petersburg, one at Farragut Bay, and one from other mainland areas.

Hunters have five days to report their harvest to Fish and Game.

Last year saw a record season of 117 moose harvested. That’s the most on record since 2009, when this kind of restricted antler hunt started each fall.

The season began September 15 and runs until October 15.