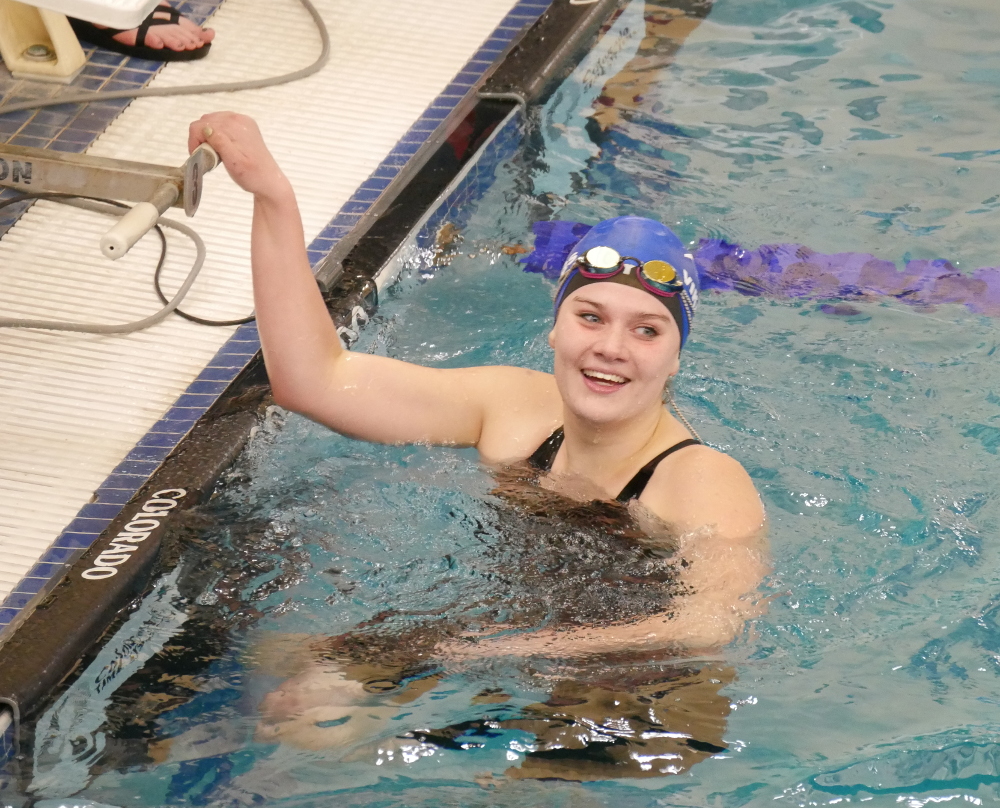 PHS senior Alyssa Guthrie smiles after taking first in a preliminary heat of the 200 individual medley Friday, October 26, 2018 in the Petersburg pool. Guthrie took third in the finals and qualified for the state championships in that event. (Joe Viechnicki/KFSK)

Petersburg High School girls and boys swim teams both took fourth place at the region five swim meet in their home pool Friday and Saturday. The Sitka Wolves won the girls team title while the Juneau-Douglas Crimson Bears were the top boys team among the seven schools competing.

Coach Andy Carlisle said his team had a few surprises at the regional meet.

“Mostly the relays did amazing,” Carlisle said. “The girls 200 and 400 free relay were second in both and the 400 qualified for state. And the boys 200 free relay was second which really surprised me.”

That boys relay team was made up of Wallace, Spiglemyre, Kowalski and Chase Lockhart. They also took third in the 400 free relay.

The girls relay team was Morgan, Pfundt, Guthrie and Maddy Whitethorn. Their 400 time was fast enough to qualify for the state meet this weekend. In addition, Morgan qualifies in the 100 and 200 free, Guthrie qualifies for the 200 individual medley and 500 free and Pfundt in the 50 free and 100 fly. Kowalski also qualifies in the 200 and 500 free. So Carlisle will be traveling with five swimmers to the state championships Friday and Saturday at Bartlett High School in Anchorage.

The coach said he’s really proud of how his team swam. “It’s a great group to work with,” Carlisle said. “It’s probably one of my favorites. They’re easy. They work hard. They like to work together, which is always good. Yeah it was a really fun season and they did great. They did really well Friday and not quite as good on Saturday. I wish they’d done that the other way around but that happens sometimes.”

Carlisle is hoping his swimmers will swim fast enough to make the finals of their events at the state championships. Some of the qualifying times put that goal in reach.
The weekend’s meet was the final high school swims at home for two seniors, Guthrie and Lockhart. 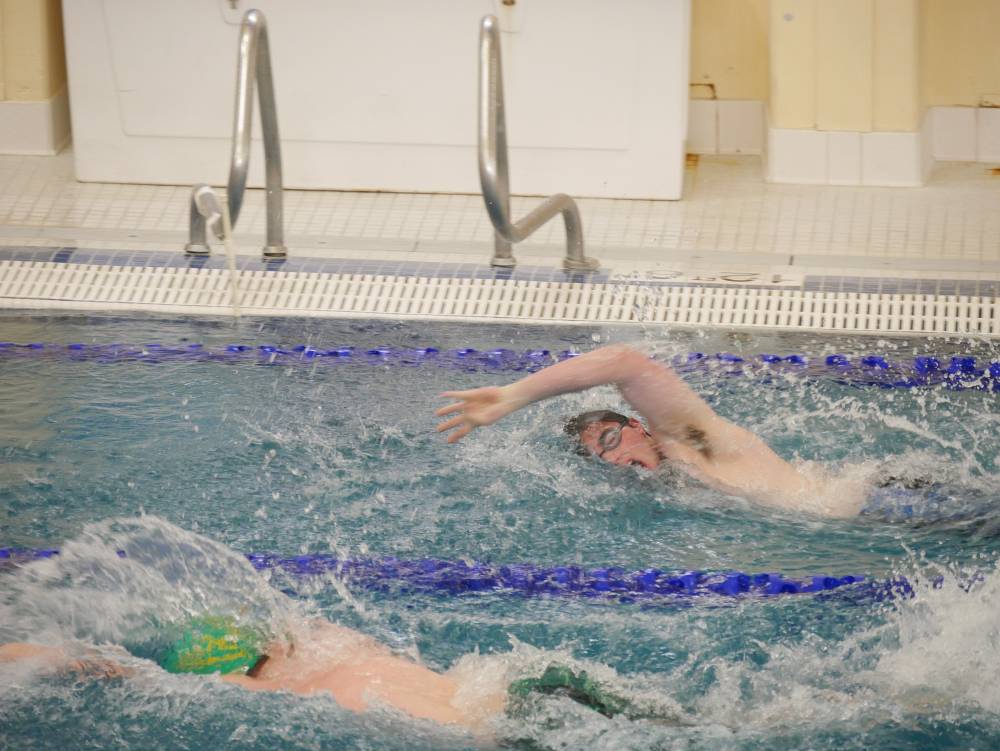