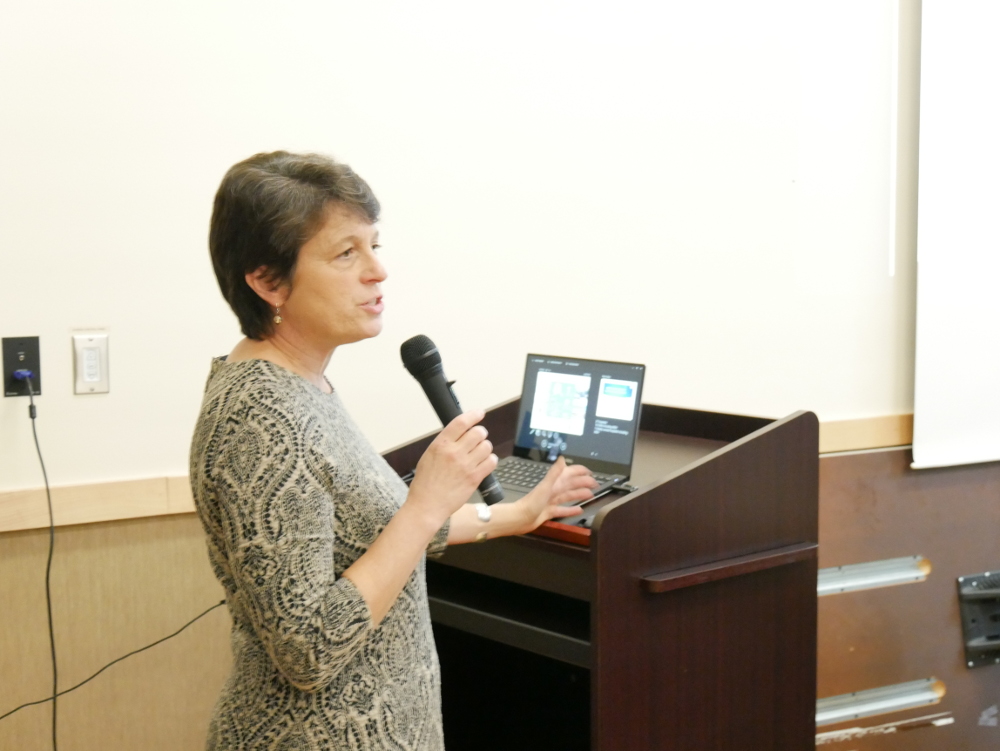 Petersburg Medical Center Thursday started up the first in a series of community forums on essential services at the community owned hospital. Administrators are hoping to engage local residents in a discussion about what’s needed in a new facility.

54 people, including medical center staff and community members, turned out for an afternoon session at the Petersburg Public Library. Medical center CEO Phil Hofstetter started the session off by trying to limit the discussion that would happen.

Hofstetter did show one recent example of the problems at the aging facility, a sewer failure that happened this year in the newly renovated kitchen. The building dates back to 1955. Other expansions and renovations followed in 1969, 1984, 1994 and 2011. A 2015 assessment by an architect found most systems in the building were near or beyond the end of their service life and needed to be replaced. That report estimated the cost of new building at more than 40 million dollars and the cost of upgrading the existing one at more than 16 million.

But speakers at the forum also pointed out some of the strengths of the local hospital. Jeannie Monk is senior vice president with the Alaska State Hospital and Nursing Home Association.

“In many communities there’s a disjointed health system,” Monk said. “There’s one business that owns the clinic and another one that operates a nursing home and somebody else that runs the hospital and as a result there’s inefficiencies, there’s duplication and there’s challenges with communication. So you have a real advantage in that things are already under one roof.”

And CEO Hofstetter pointed out that the facility is able to cover the cost of its daily operations. “I have to say you know Petersburg Medical Center is fortunate,” he said. “I would call it a sort of break-even facility. We do a little bit on the plus side to support some of the capital costs that we have for replacement of equipment but it’s not like we’re rolling in dough. You know we have cash on hand to be able to meet the requirements so there’s no urgency here but we do have a tight margin. But we’re not asking the community or the borough for operations of cost and historically that’s been the norm.”

There are 27 hospitals in Alaska. 14 of those, including Petersburg, are designated as critical access hospitals serving rural parts of the state. Petersburg’s is owned by the borough and overseen by a seven-person board.

The hospital association’s Monk outlined recent trends in health care, noting 83 hospitals across the country have closed since 2010. Some are downsizing, others are consolidating because of financial difficulty. She said none have closed in Alaska during that time. But some, like in Wrangell, are opting to affiliate with a larger organization like the Southeast Alaska Regional Health Consortium.

Both Monk and Hofstetter posed a few questions to those at the gathering.

“I’m not telling you what to do,” Hofstetter told community members. “The conversation that we want to have is what do you want to do? You’re the community members. You live, this is your health care system. We’re part of the borough. We are a community access hospital. We’re a non-profit. We’ve been that way since 1921. I also read that as part of an affiliate of the borough. So this is something that is your health system and what do you want out of it?” 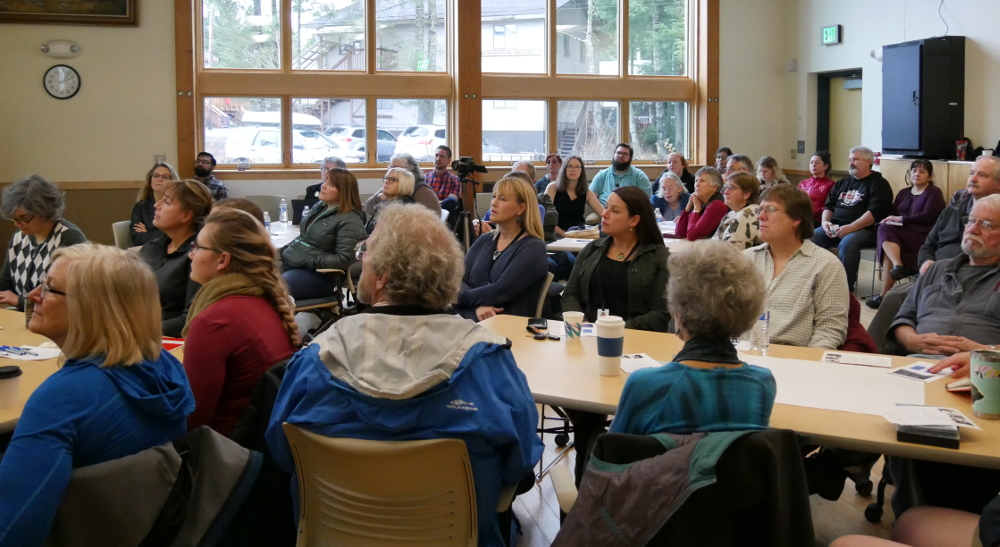 Community participants were divided into smaller discussion groups to answer two questions – What services are absolutely necessary for people to live in Petersburg throughout their life span and what is the value of Petersburg Medical Center to you and to the community?

Common responses in those groups were that people did not want to end any of the services currently offered by the hospital. That’s similar to the responses in a 2017 community needs assessment by doctor Monica Gross. Local residents also still mention that the lack of obstetric services, which ended locally 10 years ago, and makes it harder for young families to locate here. Others talked about the importance of having a medical center in the community and how it is a draw for people looking to move here.

Medical center staffers were writing down responses from two community cafes this month and hope to share them online, on the radio and in the newspaper. Another similar forum could happen sometime after the new year.