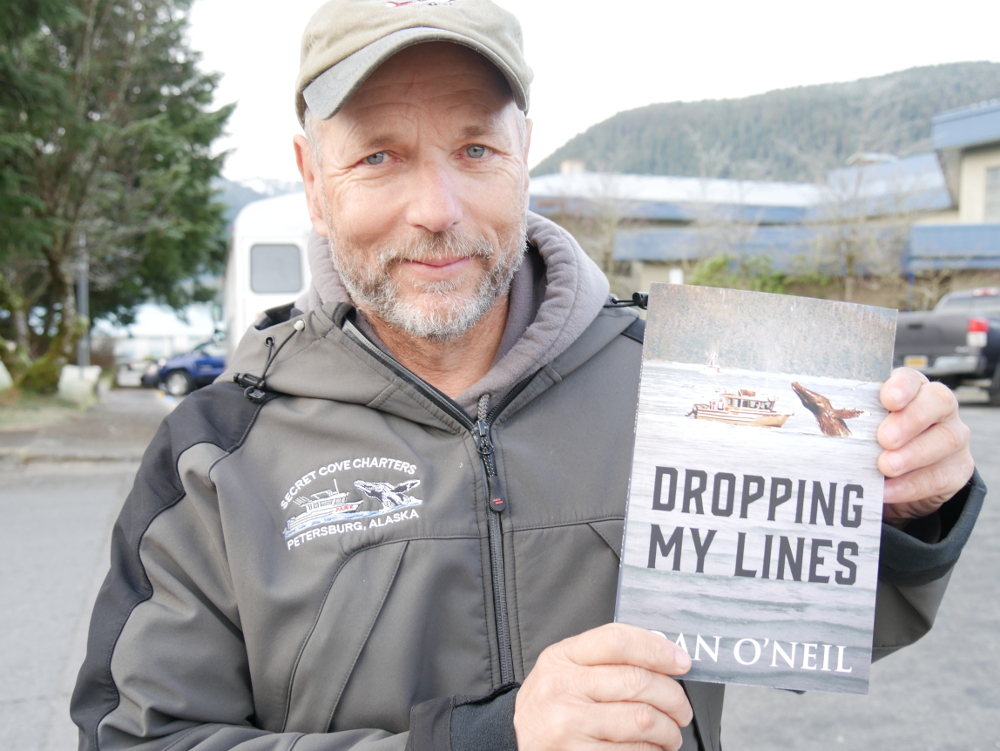 Local charter boat captain and commercial fisherman Dan O’Neil is signing copies of his second book in Petersburg Saturday, December 8. “Dropping My Lines” was published by Outskirts Press in September and O’Neil says it was 12 years in the making.

He’s originally from Everett, Washington and was raised in Petersburg. O’Neil started a sport-fishing guide business in 1987 and continues to lead clients on charter trips in the summer while commercial trolling during the colder months. Joe Viechnicki spoke with O’Neil about his writing.

O’Neil will be signing copies of his book at Sing Lee Alley Books Saturday, December 8 from noon to 2 p.m.