Board of Game votes against proposal to allow shooting from boat 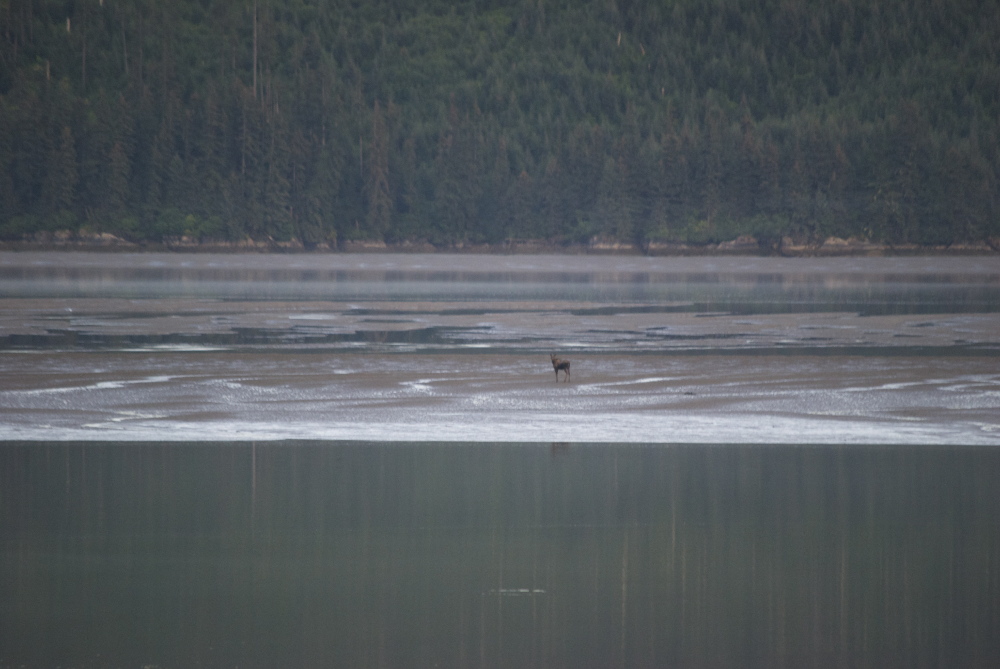 A moose walks the tide flats in Dry Strait near Petersburg. (Photo courtesy of Cindi Lagoudakis)

The state’s Board of Game Saturday voted against allowing hunters to shoot from a boat in Southeast Alaska. It was one of more than 50 proposals decided by the board during a five-day meeting in Petersburg.

The board decides changes to hunting and trapping regulations statewide. The Petersburg meeting focused on mainly Southeast changes.

Nate Turner of Nenana saw several problems with the proposal, including the potential for hunters losing more wounded animals. “As one public member noted you could have wounding loss on the beach on foot versus a boat,” Turner said. “It’s true it happens. But recovery of a wounded animal is more difficult. Potentially you couldn’t even put your boat in in that area. I think it’s certainly going to add to a problem in that regard. Quality of shot issue is a big one as well.”

The practice is legal in other parts of the state. In Southeast shooting from a boat was legal before 1972. Since the mid-1990s it has also been allowed inland for subsistence hunting along lake shorelines of federal land, but not along shorelines of marine waters.

The proponent of the change argued it was already a common way of hunting in the region and should be allowed. People testifying before the board said hunters shooting from a boat can endanger others on shore. They also thought it would be difficult to make a good, ethical shot to kill an animal.

Board member Larry Van Daele said he struggled with the proposal because it is a common practice on his home island of Kodiak. “On a flat day it’s like hunting from a highway,” Van Daele said. “On a not-so-flat day it’s like hunting from a carnival ride, neither of which in my opinion is really a good thing to be doing when you’re out hunting. Although it’s legal in Kodiak, although a lot of my friends do it, I still have trouble with the wounding loss and the other aspects of it. I can also see where the argument is it’s unfair to allow us to do it in Kodiak and not let you guys do it here. So it all kind of boils down to me is this is a local issue and a local cultural way of doing things.”

Van Daele noted there wasn’t a groundswell of support to make the change. Six out of eight advisory committees that weighed in on the change opposed it.

The Alaska Department of Fish and Game was neutral on the proposal but noted it could increase deer harvests significantly in years of heavy snow. The Alaska Wildlife Troopers also noted a concern with public safety if shooting from a boat became legal. The vote was 6-0 against that proposal.

The board also voted unanimously against a regional proposal to allow food plots or leaving food to attract deer for hunting. It’s a practice allowed in other states but board and staff were concerned with the potential to spread disease.

It was also a 6-0 vote against a proposal to remove the salvage requirement for deer rib meat in Southeast.