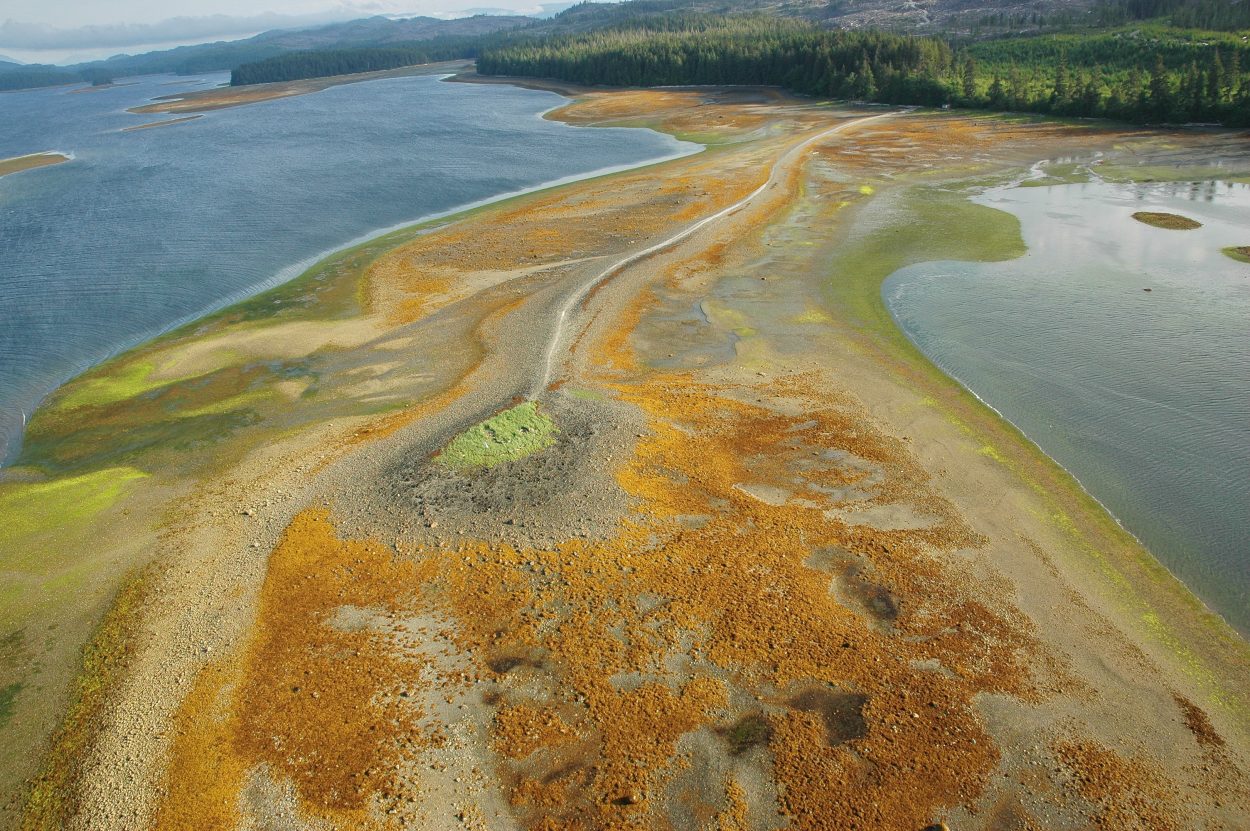 Thousands of miles of low-level aerial photos from Southeast Alaska’s coastline are now available to the public. The government-sponsored ShoreZone project is complete for the Panhandle. It was originally developed to aid oil spill responders and has already helped with spill containment around several grounded vessels in Southeast. But the online images are also a handy tool for scientists studying the region’s plants and animals, or kayakers looking for a safe camping spot. 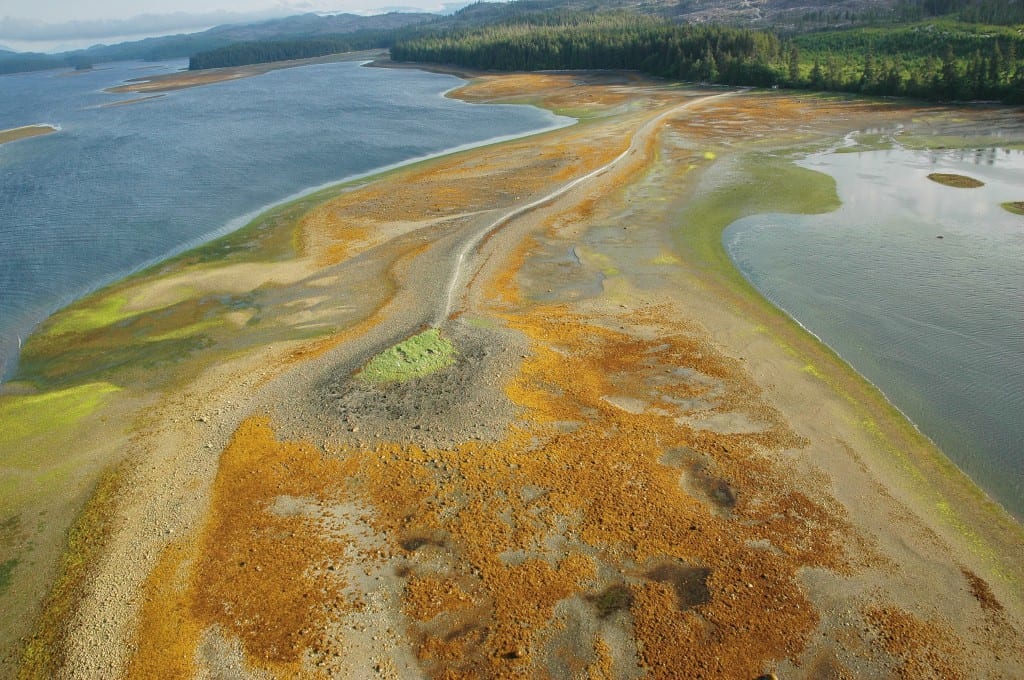 In 2004 the ShoreZone project started gathering helicopter video and photographs along the rocky islands and beaches of Southeast Alaska. And after flights along nearly 18-thousand miles of coastline,
“The project is complete for Southeast Alaska,” says Cindy Hartmann Moore, a biologist with the National Marine Fisheries Service’s habitat conservation division. “All of it is imaged and mapped except for inside Glacier Bay,” she says.

Hartmann Moore helped secure funding and coordinated the project, which also involved the U.S. Forest Service, Alaska’s Department of Natural Resources and the Nature Conservancy, a non-profit conservation group. She says the imagery and mapping information is all available for free through the NOAA fisheries Alaska website. “You can click on a link that will take you to a map of Alaska and you can use toolbars to go down to a portion of the state that you’re interested and fly that coastline,” she says. “And you can download these high resolution photos if you want and put them on your desktop.”

The videos and photos provide a Google-Streetview-type virtual tour of the coastline, focusing on geological features along with the plant life in the estuaries, gravel beaches and tide flats at low tide. The website also provides a database of different plants and animals, and where the species are found around Southeast. Mandy Lindeberg, a fisheries research biologist at NOAA’s lab in Auke Bay, helped do some of the survey work. She says project produced some impressive images. “Satellite imagery is taking over the world but that is perpendicular imagery, it flattens everything,” Lindeberg says. “And we purposely shoot at an oblique angle because we really wanna capture that coastal zone and show all parts of it. And you get these big rock ramps that stretch out long distances, it’s just a birds eye view, it’s perfect.”

Some of Lindeberg’s favorite images come from areas where salt and fresh water mix with each tide. “I think in Southeast, what struck me a lot was a lot of the salt chucks, a lot of the big estuary features were very impressive, a lot of salt marshes and high current areas,” she says. “Those are always full of lots of marine life and biologically rich in those high current areas so those really would get me excited.” As a scientist, Lindeberg says she’s excited to use the habitat mapping to learn more about the region’s plant and animal life.

The company contracted to do the photographing had to work around tides and the time of year when tidal plant life is blooming. “We fly with the door off and we fly during the lowest tides of the year,” says John Harper, a marine geologist with Coastal and Ocean Resources. “And usually fly about six days in a row during those really good spring low tides. Those same tides everybody marks on their calendars to dig clams,” he says.

Harper says the project chartered with Coastal Helicopters of Juneau to do the flying. To save on fuel they also chartered a Ketchikan vessel to transport the helicopter to places on the outer coast. The company produced three million video captures and 150,000 high resolution photos of the shoreline. He says the images capture the diversity of the Southeast coastline, including evidence of Alaska’s earliest inhabitants. “Old midden sites and canoe runs and some astounding fish traps along the shore. Sometimes those are stone fish traps and sometimes they’re remnants of wooden staves that are pushed into the tidal flats. So that keeps things interesting,” Harper says. “There’s always interesting wildlife. You know it’s a fantastically diverse coast, from, going from those high energy outer coasts, on the outside of Chichagof Island or something, to the more protected coast and the glacial coasts.”

ShoreZone was first introduced in British Columbia as a oil spill response tool and it’s been used already that way in Southeast Alaska. Cheryl Fultz with the Southeast Alaska Petroleum Resource Organization is a big fan of the project. “To be able to pull up an image in the middle of the night and say guess what here is what looks like we can put boom around this vessel, looks like we can’t. Looks like there might be some sensitive areas adjacent that we need to discuss with the representatives of resources agencies, could be a salmon stream, whatever,” Fultz says. “Additionally, once we have that background information we’re able to give responders a really, really good map based on imagery of where to put this boom.” Fultz says the oil spill cooperative has used the images to respond to several grounded fishing vessels as well as incidents involving the state ferries.

Beyond the scientific and emergency uses, the fisheries service’s Hartmann Moore says ShoreZone can help visitors to the region. “Friend of mine used it to plan their kayak trip from Juneau to Haines and mapped out where they could stop for lunch or bathroom stops,” she says. “We recently had comments sent to us from people in Colorado who were going to go on a fishing trip in southern Southeast Alaska and were thrilled to find this imagery available for them to us in the wintertime in Colorado and plan their summer vacation.”

ShoreZone data is now online from Southeast to Southcentral Alaska…and the plan is to continue mapping the rest of the 49th state’s coastline.