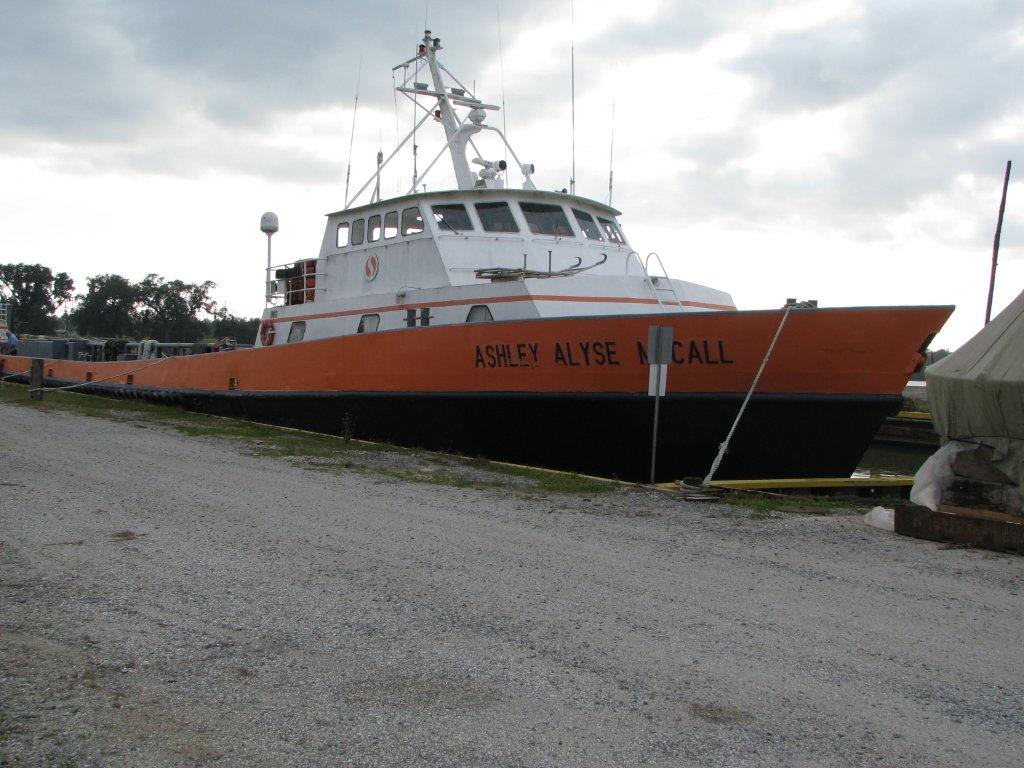 A new ferry service is scheduled to start up this summer in Southeast Alaska, although the startup date has been pushed back. The new independent ferry authority is based in Coffman Cove and will offer connections to Ketchikan, Wrangell and South Mitkof Island near Petersburg. An overhauled Gulf of Mexico oil rig servicing vessel will become the new Rainforest Island Ferry this spring.
Click here for iFriendly audio:
The new independent ferry authority has put a deposit down on a 160-foot offshore oil support vessel called the Ashley Alyse McCall. Built in 1992, the vessel is owned by SEACOR Marine and used for bringing crews and supplies to offshore oil rigs. The ferry authority’s general manager Kent Miller said the purchase price is just over two million dollars, and its being funded by a Department of Agriculture rural development loan. 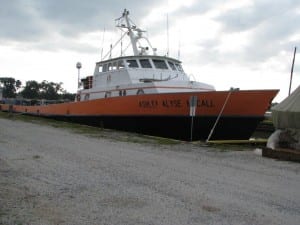 “So the boat has been selected and we’re just working with USDA to do the documentation necessary to close their loan and then we’ll complete the purchase of the boat,” Miller said. He said the purchase should be finalized by March 27th. Then it will take some work to convert the vessel into a passenger and vehicle ferry. The plan is to be able to carry up to 70 passengers and 14 cars. The ferry authority will be seeking a boatyard to do the overhaul.

Miller said the start up of the new service has been delayed. “We were hoping to get it started up by the first of June and in actual fact the approval process for disbursement of the long term loan is taking a bit longer than we hoped it would,” he said. The new target start date is in mid-July.

The plan is to run the RainForest Islander Monday through Saturday with connections between Coffman Cove, Wrangell and South Mitkof as well as a southern sailing from Coffman Cove to Ketchikan. That schedule will be reduced to three days a week in the winter with no connection to Ketchikan. The authority also plans to purchase two passenger vans to bring riders to the terminal in Coffman Cove and to South Mitkof, about 25 miles south of Petersburg.

The service will fill a gap left by the Inter-Island Ferry Authority, another independent organization that used to offer a ferry connection between Coffman, Wrangell and South Mitkof. That service was ended in 2009 due to low ridership and an operating shortfall.

Coffman Cove resident Heather Hedges is the new marketing coordinator for the ferry authority and she’s excited the new service is coming online. “I was actually part of the board up until I took the position of marketing coordinator with the ferry, rainforest island ferry,” she said. “So I’m very excited we’re getting a boat, we’ve identified a boat and we’re that much closer to getting it here and start our launching.”

Hedges is promoting the new service in Southeast and out of state. She hopes local residents will be encouraged to travel between the communities. “You know like our chamber we have a listing of all the events year-round that go on here. I’ll be promoting those. And I’ll get with the Petersburg chamber and Wrangell as well and try to promote their events too so that we can get more traffic to each island,” Hedges said. “The one big event that we’re working on here locally is our By The Sea Arts and Seafood Festival which is partnered with the Prince of Wales farmers market. And we plan on marketing that to Petersburg, Wrangell and Ketchikan to try and get vendors and guests to come to that festival.” That festival, in its second year, is planned for August 11th and 12th.

The Rainforest Islander will be based out of the Coffman Cove ferry terminal. The authority plans to dock the vessel at the terminal in Saxman, Wrangell’s barge terminal and the state owned terminal at the southern end of Mitkof Island. GM Miller says the authority is working to reach agreements with the owners of the four terminals.
Fares and schedules are posted on rainforestislandsferry.com