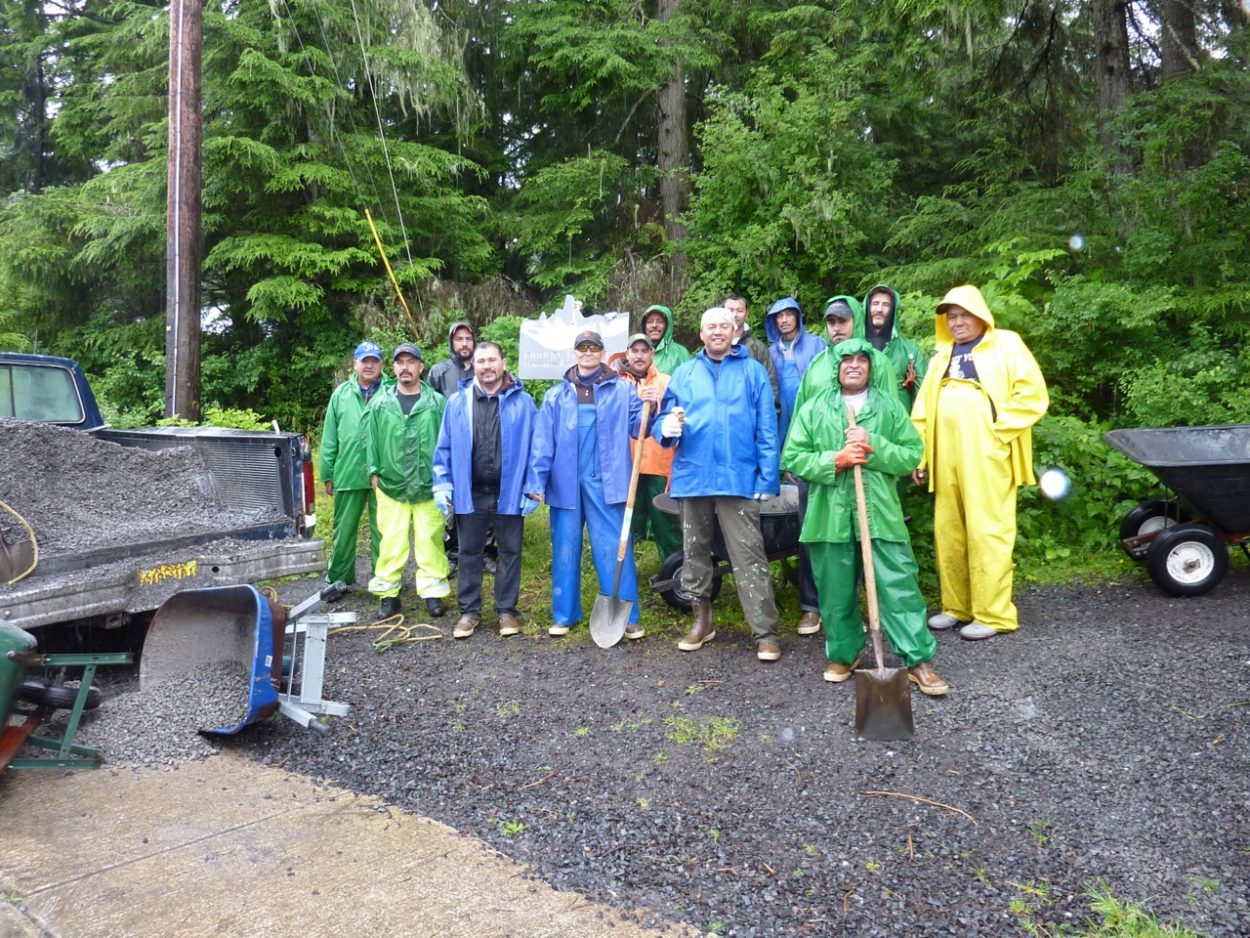 Local walkers, runners and bikers have a smoother surface on two Petersburg trails this summer thanks to work donated by one of the town’s seafood processing companies.

Ocean Beauty is not operating its salmon cannery in Petersburg this summer after the state ferry Matanuska damaged the building and dock back in May. However, the company offered a crew of workers to the city for a community project, according to the city’s Parks and Rec director Donnie Hayes. “Basically they had about a week’s time in-between finishing a project that they had at Ocean Beauty and the possibility of this group of folks heading up to Cordova to work at their other plant,” Hayes said. “And so instead of them finding odds and end jobs to do actually at Ocean Beauty, they thought the idea would be swell to come and do a project for the city and the community.” 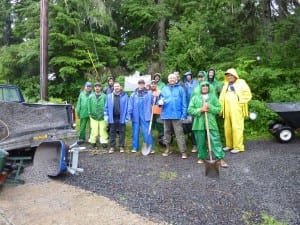 The crew put down new gravel on the Hungry Point and Bill Musson trails that connect to Petersburg’s ballfields. Parks and Rec spent about two thousand dollars for the gravel to resurface the walkways. The workers put down about 80 yards of the crushed rock. Hayes told the city council this week that the two walkways are safer and more user-friendly. “The fact that we had on some days 14 people from Ocean Beauty working on this project for us, it made it worth every penny. And if you guys get a chance to go up and take a look at those trails, it was like a professional trail crew went through there.”

The donated work prompted local resident Harvey Gilliland to offer a tongue-in-cheek “complaint” about the changes at Monday’s city council meeting. “And they made that thing so smooth now that we have to walk with our head in the air and look at the countryside instead of watching for rocks,” Gilliland said. Mayor Al Dwyer responded with a laugh, “Well that’s just terrible!”

The city plans to send a letter of thanks to the company for the donated work.