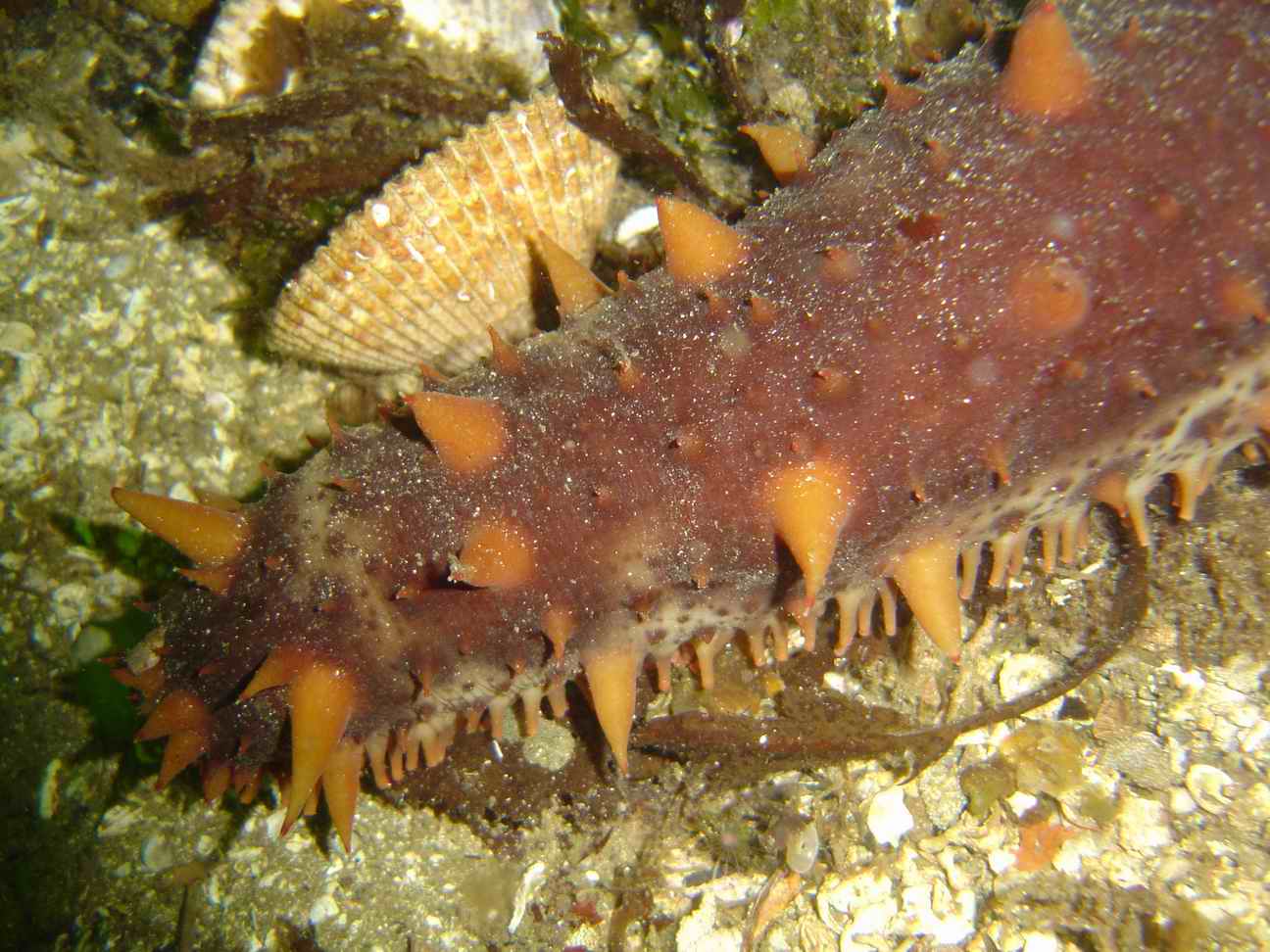 Decent weather this fall has helped divers harvesting sea cucumbers and geoduck clams from the sea floor in Southeast Alaska. One of the dive fisheries is wrapping up this month, while the other should continue through the winter.

For iFriendly audio, click here:
The sea cucumber fishery started up October 1st with a guideline harvest level of one point five million pounds. Divers landed most of that by mid-November.

“The good thing about the sea cucumber fishery so far is the divers have all been safe,” said Phil Doherty, executive director of the Southeast Alaska Region Dive Fisheries Association, an industry group based in Ketchikan. “We’ve actually had some pretty good weather during most of our openings in October. As Im sure you realize that. No it’s been a good season for sea cucumbers.” 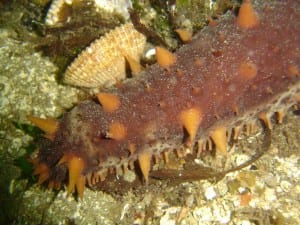 The slow moving, bottom-feeding sea creatures are shaped like their vegetable name sake and they’re sold in Asian markets. They’ve fetched a strong price this year and saw good interest from the fleet in the early part of the season.

“The harvest by week has steadily decreased from about 300-thousand the first week to 61-thousand pounds this past opening,” said Jan Rumble, Southeast dive fisheries research project leader for the Alaska Department of Fish and Game. “The average price per pound for sea cucumbers was about four dollars which is the second highest on record. And the participation by the divers dropped off during the season as well. 192 divers in the first opening decreasing to 63 divers during the Nov. 5th opening.”

The guideline harvest levels for the various areas of Southeast are set based on stock assessment diving done by Fish and Game each summer. The department continues to report reduced numbers of cucumbers in some areas due to sea otter predation and some areas did not open to fishing because of low cuke numbers. The fleet had caught most of the overall guideline harvest level by the second week in November and only a few areas remain open to fishing.

Meanwhile, diving for geoduck clams opened October 4 with fishing one day a week in areas mostly around Ketchikan and Prince of Wales Island. The overall guideline harvest level for the large clams is 743-thousand pounds. Fish and Game estimates the fleet had landed 320-thousand pounds by November 9th.

Most of the 38 geoduck fishery areas are opened on a two-year cycle and clam stocks have also been impacted by sea otters. Fish and Game determines weekly openings of various areas around the region based on results of testing clam samples for Paralytic Shellfish Poisoning conducted by the state’s Department of Environmental Conservation. Fish and Game’s Rumble says geoduck prices started out about six dollars a pound but dropped to three dollars a pound in November.

“Worries that too much product was on the market and that that was driving down the price, industry tried to slow down the fisheries,” Rumble said. “So they worked with us to slow it down and imposed, Fish and game imposed trip limits to try and decrease the total harvest by week so they weren’t flooding the market with geoducks. This was effective in reducing the harvest. The first week harvest was 70-thousand pounds and the most recent harvest was 35-thousand pounds and that’s what industry wanted.”

The fishery had a 700-pound trip limit in November and SARDFA’s Doherty says that seems to be helping with the price. “The market seems to have been able to absorb that smaller amount of geoducks at a better rate and the prices seem to be going up,” Doherty said. “Right now divers have been between five and six dollars a pound. We’re hoping to get that up to a little bit more toward eight if not 10 dollars a pound before the season’s over.”

Current prices are still below what the fleet saw last year. Doherty says geoducks fetched $15 a pound for a few weeks and some clams sold for around $20 a pound. He says this year buyers in China have been a little more fickle with a glut of clams from Washington state and British Columbia competing with Southeast Alaska’s catch.

Effort in that fishery has dropped off a little with 53 divers starting out the season down to 50 this month. Fish and Game planned no opening Thanksgiving week but diving would be open during the final week of the month. With a smaller weekly catch, that fishery is expected to last through the winter.

Meanwhile, there’s one other dive fishery underway in Southeast but little interest in the harvest of red sea urchins. The fleet has a guideline harvest level of 3.2 million pounds of urchins. By the middle of this month only 23-thousand pounds had been harvested from 13 landings. A weak market for sea urchins has meant and little participation in that fishery.