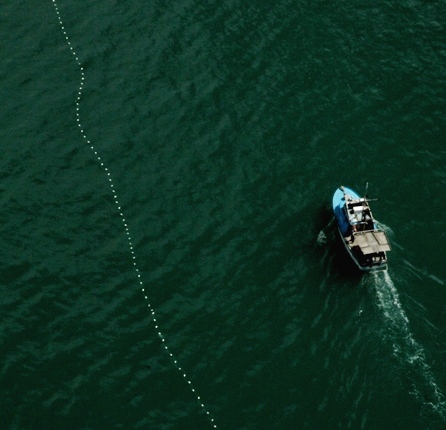 2012 was the first year of a two-year federal observer program for the commercial gillnet salmon fleet fishing in the waters around Wrangell and Petersburg. By many accounts, the program went relatively smoothly. Preliminary information about the fishery’s impact on marine mammals is not expected out until the spring.

For iFriendly audio, click here:
Working out of their own small boats, the observers monitored many individual gillnetters in the area last summer as they set their nets and hauled in salmon. The Alaska Marine Mammal Observer Program is a federal requirement aimed at recording interactions between commercial fisheries and marine mammals, like whales and sea lions.

“The fishermen were very cooperative and the observers were adaptive out on the water and I think that things went surprisingly smoothly given the complex nature of the fishery,” said Bridget Mansfield, program manager with the National Marine Fisheries Service. 13 observers and two coordinators hired by the contracting company Saltwater Inc. operated 11 different observer vessels to watch gillnetters in districts 6 and 8 along with Anita Bay. The area includes a portion of Frederick Sound, Clarence and Sumner Straits. 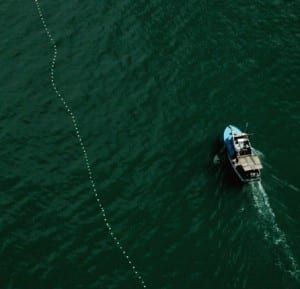 Mansfield said the program sought to cover seven percent of the fishing effort. “We think we met our coverage target. We’re still crunching the data on that but we ended up with about 370-380 observer days,” said Mansfield. She noted the federal agency has not yet compiled information, including some observed encounters with humpback whales and Dalls porpoises.

“Well we weren’t expecting a lot of interactions but we did observe a few. This winter we’ll be analyzing the data and we’re hoping to have a draft report, interim report out next spring some time where we will have extrapolated the observed takes to an estimated number of takes based on our coverage versus the entire fishing effort,” Mansfield said.

NMFS is hoping to come up with estimates of incidental takes that involve any injury and/or mortality of a marine mammal or seabird. They’ll also check reliability of fishing reports, identify possible changes in fishing methods to safe-guard marine mammals and record the amount of bycatch and discards in the fishery.

Some fishing fleet members said, in general, the program went better than they expected. Boats were selected randomly and some ended up getting picked more than once.

Fisherman Mark Hofstad said he was observed four times last season. “Well it was relatively painless other than watching guys sit in the skiff and watch you fish. Very little interaction with the actual observers,” he said. Hofstad said the biggest pain was answering the observer’s questions before fishing, and answering the same list of questions each time.

He understands the government is required to observe marine mammal impacts but he wondered about some of the questions they asked. “I just don’t agree with a lot of what they’re doing. They’re supposed to observe our interactions with mammals and which is fine. There’s just so many questions I don’t understand, like they wanna know how many fish I caught after each set of my net. Well what does that have to do with my interaction with mammals? You know there’s a lot of questions like that that just don’t pertain to what their doing.”

The selected boats were observed for one day of an opening at a time. Fleet members had several ways to link-up with their scheduled observer boats on the fishing grounds – one of the more successful was the Spot locator beacon, a GPS device. Petersburg gillnetter Max Worhatch said that method worked for him for one day of observation in September. “And they finally showed up. I saw them bombing around looking for me. I had one of those little spot locators things that they give you and I kept hitting that until they could find me. They finally did and it went fine. It wasn’t too obtrusive. They didn’t get in the way at any point or time,” Worhatch said.

Worhatch doesn’t see the need for a second year of the program in districts 6 and 8. “We have three other areas in Southeast Alaska and they’re all going to be observed for two years. Every other area in the state that had to get observed for the AMMOP program only got two years total, with bigger fleets and just as big areas. So I’d like to see it cut back,” Worhatch said.

However, the marine fishery service’s Mansfield expects the program will look similar for 2013. “I mean we are reviewing both our operations and our results this winter and we are looking toward making improvements,” Mansfield said. “I think there will probably be some tweaks here and there. In particular we wanna make sure that the observers are safe and they are operating safely around the fishing boats. So we’re also listening to the fishermen and the fleet suggestions that they may have for how to improve things.”

2013 will be the last year for districts 6 and 8 and Anita Bay but the observer program will move to another part of Southeast Alaska the following year.