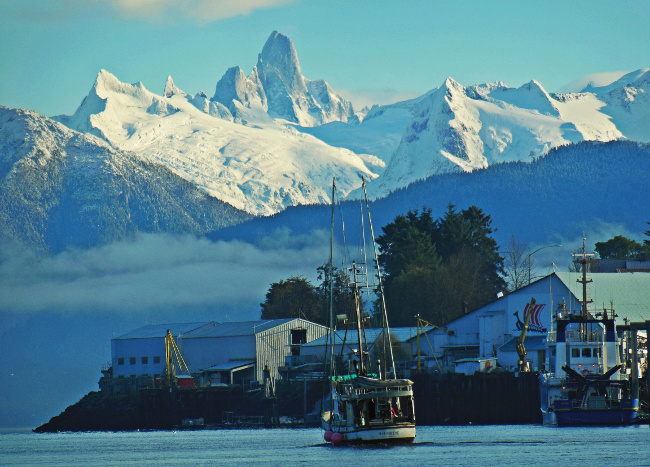 One of them shows a troller headed out of Petersburg’s harbor past Icicle Seafoods with the coastal range and the peak of devils thumb in the background. Petersburg resident Carey case snapped the picture this fall while on her way out to a cabin with her daughter and friends. She was using a point and shoot Nikon:

“It was a beautiful day in October and we were getting popcorn at the fuel dock and I turned around and said ‘Oh Wow! The harbor sure looks nice this morning.’ So, I took a few pictures and I thought it would really be nice if a boat would come along here and that would make it perfect and out came the Viennese from the harbor. So, I snapped a couple shots and I let the owner know ‘Hey I took this picture that I’d like to throw into a contest’ and they were very excited about it and away I went.” 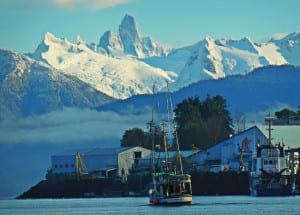 This was the first time the organization has held the contest. The response was overwhelming according to ASMI communications director Tyson Fick, who said there were close to six hundred entries for judges to consider:

“Well, we looked for a lot of things; the quality of the composition and the colors. Then we have a special eye that, you know, at the end of the day we’re talking about somebody’s dinner so what might be an interesting photo in some other venues weren’t quite what we were looking for but we sure got a lot of good ones”

The winner of each category received an apple Ipad. Runners-up received duffel bags and sweatshirts. ASMI will use the images in its marketing efforts around the world. To see all the winning images and the runners up, you can check out ASMI’s contest website.