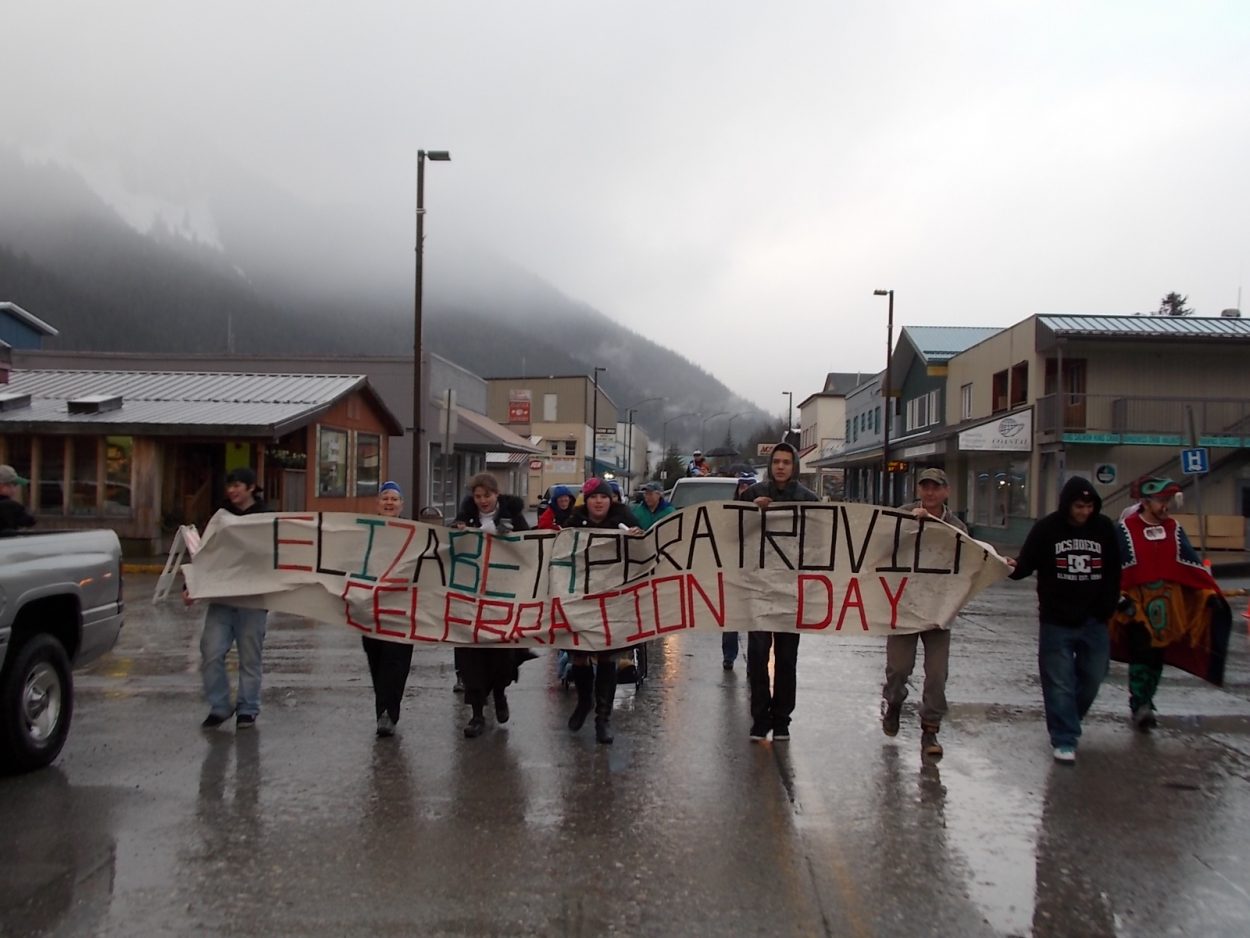 Alaska Native Brotherhood and Sisterhood members and others braved the rain and wind Saturday afternoon to celebrate Elizabeth Peratrovich Day with a small parade down Main Street in Petersburg. Peratrovich was born in the community. She and her husband Roy lobbied the Territorial Legislature for the successful passage of the Anti-Discrimination Act in 1945.

Peratrovich served as a grand president of the ANS as did fellow civil rights leader, Amy Halligstad, who also lived in Petersburg.

As they marched down Main Street, the participants got applause from parade-watchers as they sang “Onward Christian Soldiers,” which is the anthem for the ANB and ANS. 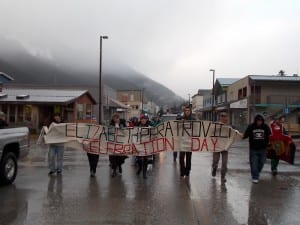 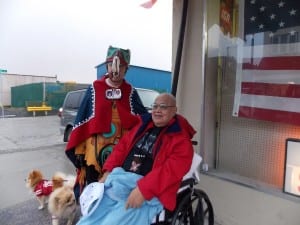