Muslims adapt for holy month in the Midnight Sun 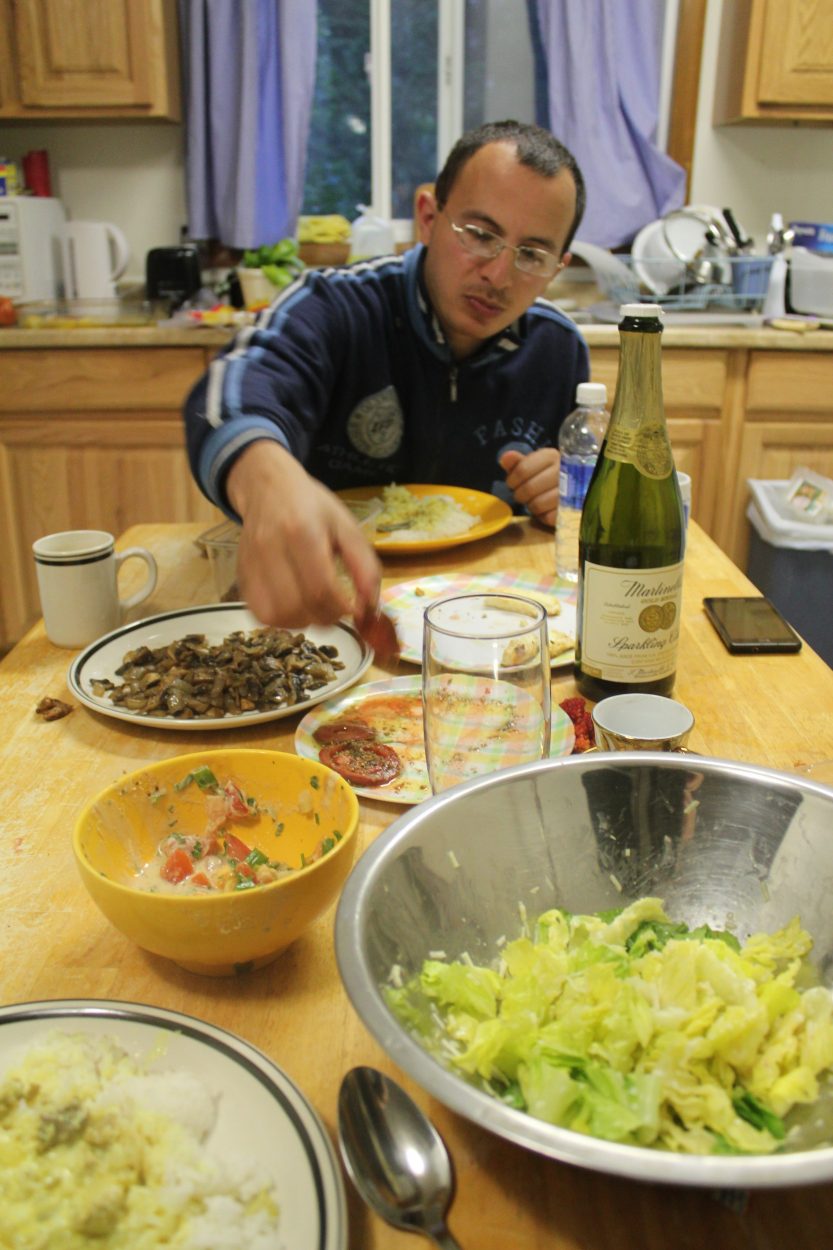 We’re now in the midst of Ramadan, the holiest month of the year for those of the Islamic faith. Over 1.6 billion Muslims across the globe are observing the holiday each night through the middle of August, many with large community celebrations. But for Muslims in Petersburg, and across Alaska, they’ve adapted to celebrating where they can, and sometimes alone. Robbie Feinberg reports. 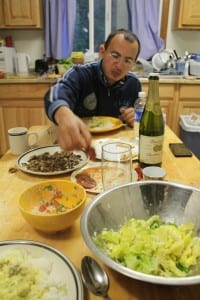 It’s just before sundown, and Tareq Haluh and his wife Angele McDonald are preparing some Middle Eastern cuisine in their home in Petersburg. McDonald grills some cheese from sheep’s milk on the stove, and Haluh sets the table, getting it ready for a meal of chicken, rice, dates, and browned tomatoes.

“It’s just a festival this month,” Haluh says. “It’s about more than food.”

That festival Haluh’s talking about is Ramadan, the holy month in the Muslim religion. Every night during the period from mid July to mid August, Haluh and his family will gather here at sundown to end the day-long fast, read prayers, and celebrate. Occasionally, they’ll have a guest or two, maybe a Muslim seasonal cannery worker, but most nights, it’s just Haluh, his wife, and their two young children.

Ramadan is considered the most sacred month in the Muslim religion. The observance occurs during the ninth month of the religion’s calendar, when Islam says God sent the Quran – the Muslim holy book – to the earth. It lasts for about thirty days, and it consists of increased prayer, more charity towards others, and most notably, fasting from sunrise to sundown. The practice is one of the most vital in the Muslim faith. It’s one of the five pillars of Islam. And Haluh says that for him, Ramadan is about patience, considering others, and focusing on improving himself, mentally and spiritually.

“Cause that’s what the prophet said,” Haluh says. “It’s about forgiveness, and it’s good for the human being.”

But when Haluh was growing up, Ramadan was never this quiet and intimate. Haluh was raised in Jordan, a largely Muslim country, and Ramadan wasn’t just a month of prayer and fasting. It was a celebration.

“We always really get excited when it gets time for Ramadan,” Haluh says. “It’s time to see all family members. They have the same goal – everybody asking God for forgiveness. And everybody’s happy and everybody’s satisfied spiritually. Everybody’s connected. That’s the idea, you know?”

But those celebrations changed three years ago when Haluh moved to Alaska. At first, it was for a cannery job during the summer. But then he met Angele, married her, and stayed. It’s estimated that only about 3,000 Muslims live in Alaska, with most of them living in Anchorage. Haluh and his wife believe they may be the only ones in Petersburg, at least year-round. Celebrating Ramadan that way – alone – is tough.

“But you miss the big family aspect,” Haluh says. “You miss the festival.”

Besides that, though, Haluh says Ramadan in Alaska does have its advantages. You may not think so – days in Petersburg are really long, around 16 or 17 hours. That’s a long time to go without food or water. But Haluh says that those long hours are actually easier than what he dealt with in Jordan.

“Because it’s cool, not hot,” he says. “Very nice summer here. You don’t feel hot. You don’t get thirsty that much. Unlike Jordan, where it’s 100, 110. So I think here it’s easier to be honest. But you miss that family aspect, you miss the festival.”

In Anchorage, those days can be even longer – 18 or even 19 hours. Those times are so extreme, in fact, that Muslims in Anchorage have to change their fasting schedule. Heather Barbour is with the Islamic Community Center in Anchorage, and she says 19 hours just isn’t possible for most.

“So that’s a pretty long fast,” Barbour says. “So we discussed with some scholars, who actually took the question down to Los Angeles to the North American FIC Council, which is basically a group of 30 scholars who discuss issues like this, and they basically told us that because we live so far north, we can follow the time of Mecca in Saudi Arabia.”

That means stopping the fast while the sun’s still out, but for many, it’s the only way to get by in the land of the Midnight Sun. And with a relatively large Muslim population in Anchorage, it also means the community can gather, break fast together, and celebrate. Barbour says the community center gets around 100 people each night, crammed into a small rented space in a strip mall for a pot luck celebration with an assortment of food and prayer. The community has started building a mosque, too, and when Ramadan ceremonies move there, Barbour says the celebration will only get larger.

“But the new mosque will have new facilities that we just don’t have right now,” Barbour says. “We’ll have classrooms, the main prayer area, other kinds of services, just a lot more space, which will be nice.”

In each case – rural and urban Alaska – Muslims have had to adapt and find new ways to pray that don’t necessarily fit in with the rest of the world.

In Petersburg, Haluh says he’s adjusted to the long hours and the separation, but in the next few years, he’s hoping to get enough money to take his family to Jordan, so they can see the Ramadan of his childhood – the traditional way.