Will the Anacapa stay in Petersburg? 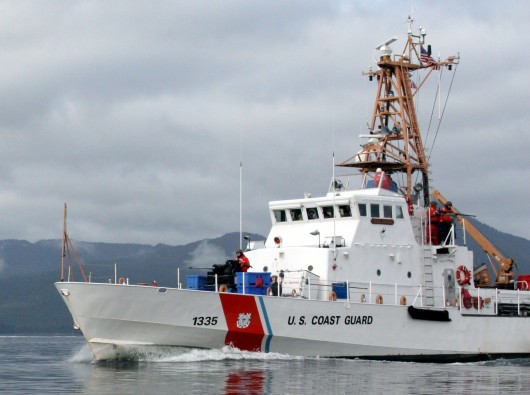 The Coast Guard cutter Cutter Anacapa. Petersburg officials worry it might get pulled out of the community when new vessels arrive in other Southeast ports. KFSK file photo

Petersburg officials are seeking answers about the future of Coast Guard ships in the community. Borough Mayor Mark Jensen sent a letter to Senator Mark Begich this month voicing concern that the cutter Anacapa could be replaced by larger vessels planned for other Southeast ports.

The letter says the 110-foot Anacapa should remain in service or the replacement vessel should remain in Petersburg, because of the community’s centralized location along with the high vessel traffic and fishing fleets that call here. Jensen raised the issue at an assembly meeting this month.

“They’re going to be retiring the 110-foot vessels and bringing larger vessels to Southeast and it’s important to the community to try and keep the Coast Guard presence in Petersburg,” he says.

Anacapa was built in 1990 in Lockport, Louisiana, one of four island-class patrol boats in Southeast. The ship underwent a major overhaul in 2009. It performs search and rescue, homeland security and law enforcement.

Two sentinel class boats are planned for Ketchikan as early as 2015 and one in Juneau around 2020. The service plans to build a new pier in Ketchikan to accommodate the larger vessels there.

Borough manager Steve Giesbrecht alerted the assembly to the issue earlier this summer, noting that Petersburg’s current Coast Guard dock would not be able to handle the larger 154-footer.

“You know the Anacapa’s not going anywhere right now, but at some point it will be retired. And if the trend continues, you could see, they wouldn’t be replacing, they wouldn’t be bringing in the big cutters here,” Giesbrecht says.

The letter to Senator Begich asks what will replace the Anacapa if it is retired, where a replacement vessel would be located and what are the plans for a buoy tender the Elderberry that’s also home-ported here.

Coast Guard officials contacted for this story could not say what the plan is for Petersburg in the long-term. Chief petty officer Kip Wadlow, a spokesperson for the Coast Guard District 17 in Alaska, says the island-class cutters will need replacements.

“The old 110-foot island class patrol boats started coming into service in the mid to late ‘80s, so they are approaching between 20-30 years of service life. And what we’re seeing is that, while they are quite capable, the future missions of the Coast Guard need us to have a more capable platform,” Wadlow says.

That more capable platform means longer ships that can operate in heavier seas, travel faster with a larger crew and newer technology.

“The fast response cutters are going to be more efficient. They have updated technology and systems onboard that will make them better assets for conducting the Coast Guard’s current missions and the Coast Guard’s missions going into the future,” he says.

The island class ships are staffed by a crew of 16; the fast response cutters will have a crew of 24. The Anacapa is one of seven island-class 110-footers in Alaska. Two are stationed in Ketchikan and others are homeported in Juneau, Valdez, Seward and Homer.

U.S. Sen. Lisa Murkowski says the problem speaks to a bigger issue, a declining budget for a Coast Guard that’s been asked to expand its role.

She says the concerns in Petersburg are reflected elsewhere in the state. She said she’d be traveling with the commandant of the Coast Guard when visits Alaska later this month and would bring him the message of the importance of vessels stationed in coastal communities.