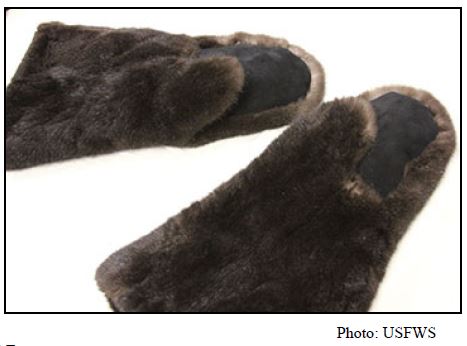 The federal government has finalized new guidelines on the use of sea otters by Alaska Natives. The change is aimed at better-defining a requirement that hides must be “significantly altered” in order to be considered authentic native handicrafts or clothing that can be sold to non-natives.

“These are guidelines and they are to help the native artisans to understand what exactly qualifies as significantly altered,” Andrea Medeiros is a spokesperson for the US Fish and Wildlife Service which has been working on the revised wording for more than a year

The final guidelines say a sea otter will be considered “significantly altered” when it’s not recognizable as a whole hide and has been made into handicrafts or clothing. The language goes on to define that in more detail. 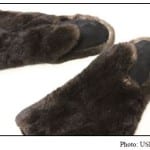 Gloves—made from a sea otter pelt that has been cut into pieces and sewn.
USFWS considers this an example of significantly altered.

It’s a positive step, according to the Sealaska Heritage Institute which teaches classes in the native tradition of skin sewing. SHI Chief Operating Officer Lee Kadinger says the new wording still needs some adjustment but, overall, he says SHI appreciates the change.

Kadinger thinks it helps clear up a term that, he says, has caused significant harm to artisans over the years, “Clarifying significantly altered to more align with the marine mammal protection acts original intent is…. we feel this language is going to help continue a tradition practiced since time immemorial without fear of prosecution….Protecting this inherent cultural right is not only good public policy but it supports and preserves cultural diversity and respects the traditions and lifestyles of Alaska Native people.”

The Fish and Wildlife Service’s new definition of “significantly altered” is very similar to language endorsed last year by the Alaska Federation of Natives. That’s with the exception of a line requiring that an otter skin be changed enough that it cannot be easily converted back to an unaltered hide or a piece of hide. According to Kadinger, S-H-I is concerned over the words “piece of hide” since it would be hard to prevent someone from cutting a piece of fur from finished clothing or handicrafts.

“We feel it is acceptable to require individuals, or an item, that cannot be converted back into an unaltered hide. Conversely, we feel including the few words ‘cannot be easily converted back into a piece of hide’ is unnecessary and problematic. So the real issue there is the four words ‘piece of hide’ that we hope to continue to work with Fish and Wildlife service to understand what that part means,” says Kadinger 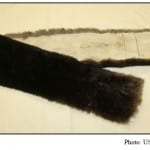 Scarf / neck roll—made from sea otter pelt that has been cut, but has not been stitched or lined. USFWS says this item is not significantly altered.

Sea otters are a federally-protected species and only coastal Alaska Natives are allowed hunt them. The revised language was, in part, prompted by concerns that unclear regulations and past enforcement actions had discouraged native use of the animals.

According to the agency, the final guidelines are based on input from a 2012 workshop with native artisans and hunters as well as extensive public comments on draft language that came out last spring.

Some commenters had found the draft language too restrictive. Others opposed the change as an attempt to weaken protections and encourage more hunting for the animals which have come into conflict with some of Alaska’s fisheries.