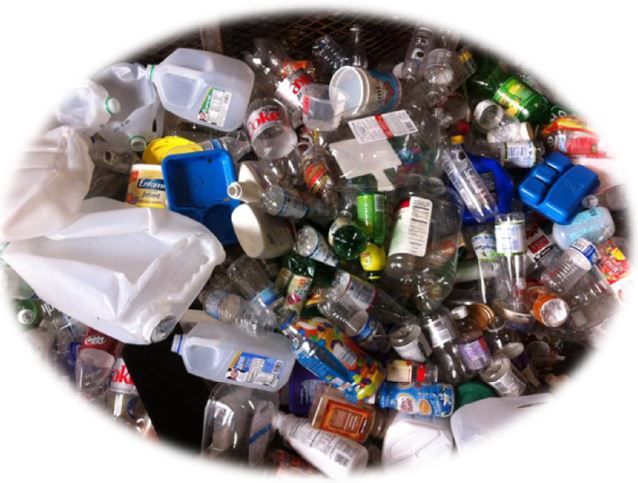 Petersburg’s expanded curbside recycling program is on track to start early next month and local garbage customers will be getting new recycling bags later this month. Petersburg’s borough assembly Monday got briefed on the plans for recycling.

For mobile-friendly audio, click here:
February 4th is the scheduled start up for the commingled recycling program. It will mean customers can put most plastics, aluminum, tin, glass, cardboard and paper, unsorted, into a bag left on the curb alongside garbage cans each week. The borough’s existing recycling program requires sorting, and only includes certain plastics, glass bottles and cans.

Public works director Karl Hagerman told the assembly that recycling bags would be given out for the start of the program. “But after that initial roll out as you deplete your supply of bags you can come into public works to get those. I think we’re gonna add the finance department as another source for those bags for people that come in and pay their bill on a monthly basis or in town. It’s a more convenient spot for people to come in and grab bags.” 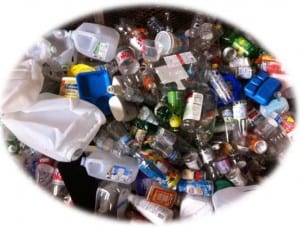 The borough ran a pilot program with a portion of local customers to test commingled collection this summer. The municipal government is trying to encourage customers to recycle and wants to decrease the amount of garbage that winds up in a landfill in Washington state. People who don’t recycle will see their garbage rate increase about five dollars more a month for a 32 gallon can.

Anyone who already recycles in the existing program, that’s about 350 customers, will be included in the new commingled collection. People who want to sign up can still do so. The voluntary program has already boosted participation numbers to 525 customers and that’s expected to continue rising. That’s still only around half of the 11-hundred residential garbage customers that could be recycling.

Hagerman told the assembly he’s heard from customers who do not put out garbage for collection every week and are concerned about incurring that higher rate. “As long as whenever you do set you garbage out, you also set out recyclables. Then, there won’t be any problem with that, getting the incentive rate, the lowest rate possible on your garbage.”

Assembly members, like Nancy Strand, asked Hagerman questions about how the program will work. “My biggest concern is that my commingled garbage which is going to include some cardboard and office paper, gets wet. Is it OK to get a can with a lid and put it in just to keep it dry or would you rather not deal with extra cans?” Strand asked.

“The can thing is an option for people if they have animals in the neighborhood that are going to cause a problem,” Hagerman replied. He hoped that people would not have to buy garbage cans to keep recycling safe from curious birds and other animals.

Mayor Mark Jensen asked whether collection bags could be given out at the same time recycling is collected. Hagerman thought time could be an issue. “I’m trying to make it efficient as possible for that collection contractor to pick that stuff up. If it turns out we’ve got plenty of time in the day for them to collect all the curbside material and the other materials they have to collect and there’s still spare time then perhaps bag distribution by that staff wouldn’t be a problem.”

Jensen responded that he wanted the program to be convenient for customers too.

Everyone on the road system of Mitkof Island can be a part of the recycling program. Businesses can also participate.
The borough will be contracting with a business or organization to do the collection. Petersburg Indian Association staffers have been contracting to do the work and could continue to do so. However the borough seek proposals from interested companies in February.

There’s more information on what can be recycled on the borough’s website.