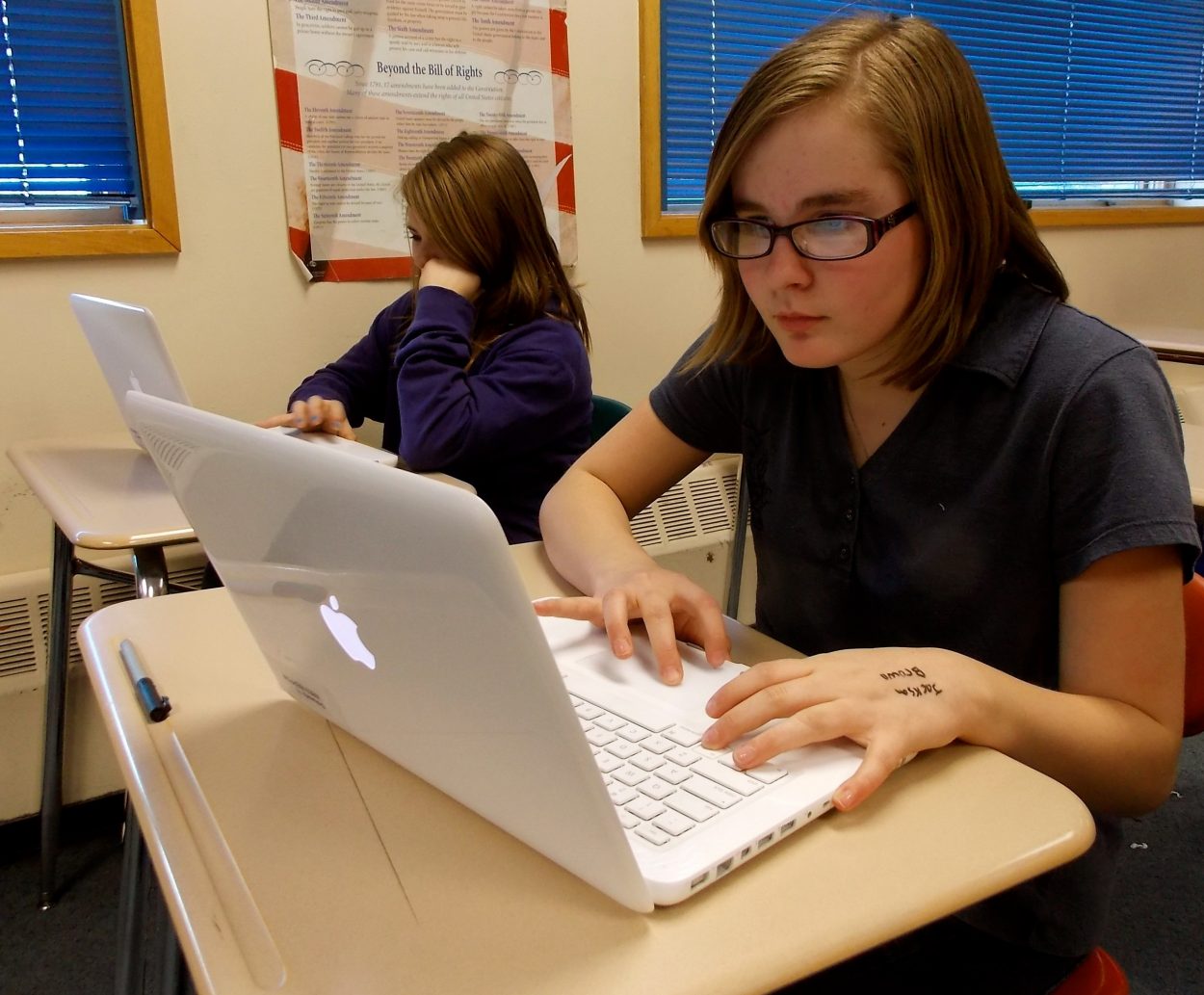 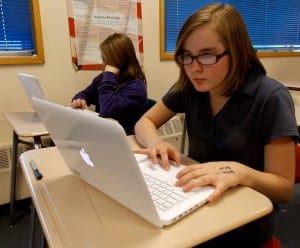 Petersburg School District last month won three statewide awards for technology in education. The district and the community have made computer learning a priority.

Petersburg is a fishing town of 3,000 on an island in South East Alaska.

But inside the middle school, it’s pretty high tech. As these seventh graders enter their computer class, they pull laptops off a shelf, and settle into desks. The class is teaching them how to navigate google programs and it’s mandatory if they are going to get their own laptops when they enter high school.

It’s this dedication to technology that caught the attention of the statewide group, Alaska Society for Technology in Education. Dr. Mark Standley is President of the organization and a professor at the University of Alaska South East. He says no one at ASTE can remember one school winning so many annual awards. 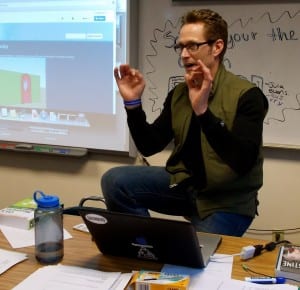 The district’s three awards were presented at ASTE’s statewide conference in Anchorage February 25. Standley says the sweep reflects on the district’s strong team of educators.

“What Petersburg has done through leadership through the fine work of teachers like Don Holmes who has been there for many years and now more currently with the work Jon Kludt-Painter and your Superintendent Rob Thomason you are seeing the effect of, the results of, Petersburg’s investment over the years in the smart integration of technology in student work,” Standley said.

The district’s technology support teacher, John Kludt-Painter, won an award as did student PK Bunyi for building a quad-copter from scratch and then using it to create an aerial movie called, “A Simple Walk to School”. Superintendent Thomason won the Alaska Technology Administrator of the year. He’s been an educator for over four decades.

“And in all those years, 43 years, five states, two foreign countries, this district with this staff and this technology director, the top of the top,” Thomason said.

The school district follows the belief that technology is a good tool for educators to use and an important skill base for students to learn. And classes use it A LOT. Kids have access to computer devices from Kindergarten on. All high school students have their own laptops 24-7.

Kludt-Painter along with an assistant makes sure they’re all running smoothly.

“Just checked this morning and we had about 500 devices connected to our wi-fi network all doing multiple things,” Kludt-Painter said.

But technology only works if people know how to use it. Kludt-Painter says it’s “mission critical” to what the Petersburg schools do. The district prioritizes real time needs first, addressing students and staff immediately. Say there’s a website that’s not accessible because the school’s content filter has prevented a class from using it.

“Maybe the teacher’s lesson is hinging on that and you have twenty students waiting to access something and it’s blocked and so those sorts of things you have to react quickly,” Kludt-Painter said.

“When Jon talks about opening up a site, it used to be a three week process,” Thomason said. “You had to go through a whole bunch of justifications, and now it’s more ‘here’s what I want to do here’s where I need to do it, I’m in the middle of a lesson, it happens right now.”

It’s basically helping the users use the equipment.

“They call it three click stupid,” Kludt-Painter said, “in the sense that you just need it to work and if it doesn’t work in a number of clicks, then people won’t use it and we’ve invested way too much just to have things collect dust.”

The district’s relationship with technology began about ten years ago when it was awarded a grant for high school laptops called One to One. The students are prepped for it in middle school with classes such as “digital citizenship”.

There have been growing pains over the years. For one, the parents in the community needed to get on board with the idea that computers would help their kids learn. That wasn’t always easy when they saw them surfing the Internet late at night. Kludt-Painter says it has taken a lot of listening and responding to concerns, including working with parents on how to empower themselves.

“Whether it’s timed access so the laptop just happens to turn off at 7 at night so you still retain your family time and then turns back on at 6 in the morning ready to go, those sorts of tools for parents so they don’t feel that the technology is driving it,” Kludt-Painter said. “It’s just a tool that disappears in the background and is just used for education.”

Angela: “IT people, you know, computer experts, etc. are just in high demand, I think, everywhere. . .so why choose working in a school?”

Well, they have gone to Australia. . .at least by teleconference when fourth and fifth graders worked with a chemistry teacher there.

It’s this kind of forward thinking that has made this small town an example for how technology can enhance learning with the right dedication.