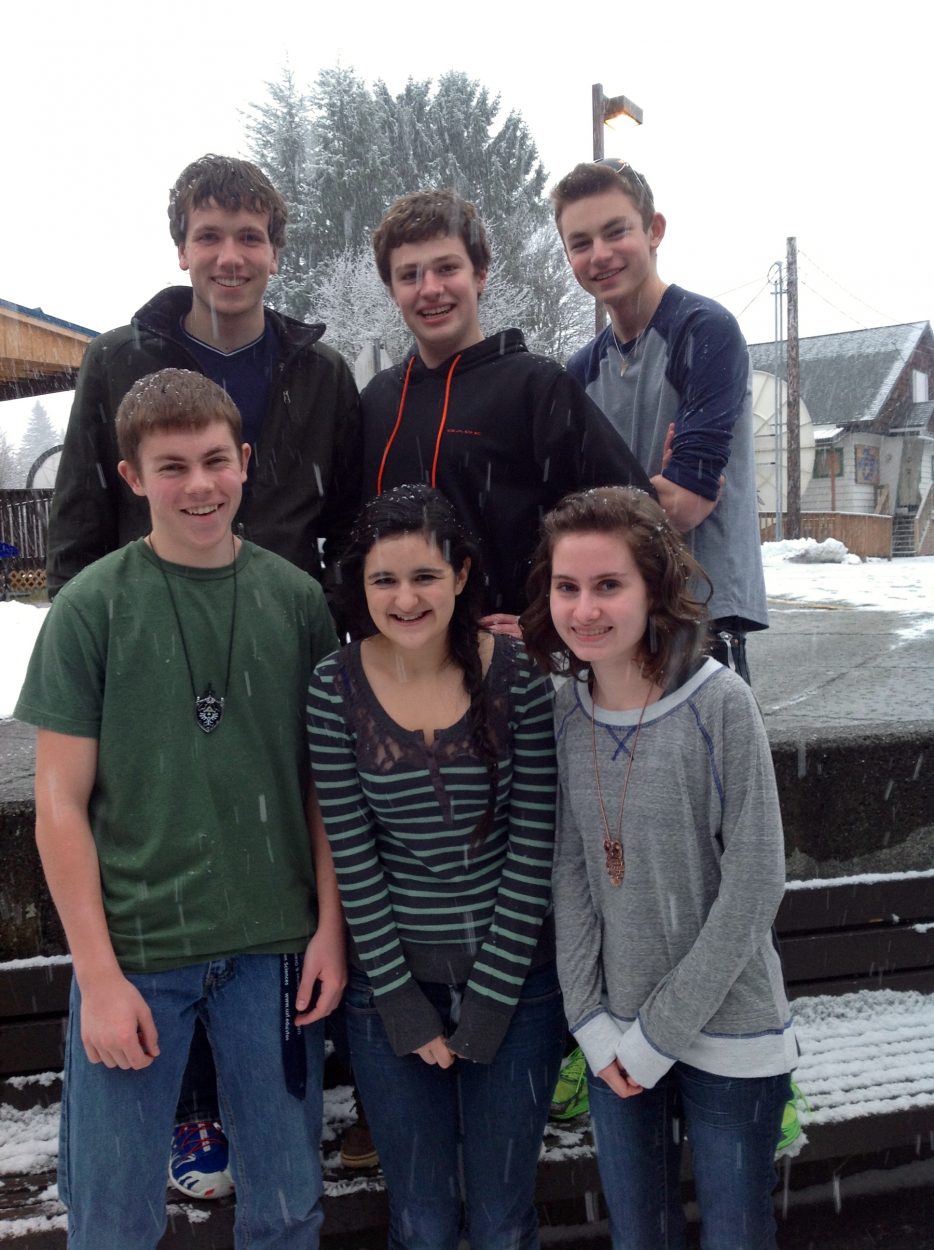 Petersburg’s High School’s Ocean Science Bowl team took fourth place at the annual statewide competition in Seward at the beginning of the month. Petersburg’s five-person team, “The Sea Masons,” placed in the top three in the quiz bowl and oral presentation competitions.

For mobile friendly audio, click here:
High school teams from around the state compete each year for college tuition waivers and a trip to the national competition. The event features a game-show style quiz focusing on ocean sciences, along with presentation of a research paper that each team writes beforehand.

Junior Kyle Hagerman was team captain of the Sea Masons. “We got up there and at first we were a little disappointed just because we placed ninth out of 18 teams on the research paper. But then we came back with second on the presentation. Then we got third on the quiz bowl. So we managed to get some higher scores towards the end, which placed us fourth overall.” 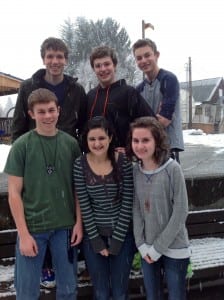 Traditionally Petersburg teams have finished among the top teams for their research paper. The Sea Masons wrote their paper on fresh water circulation in the oceans and Hagerman expected a better finish for their research. “Well that was the funny part was, this was the best paper that we feel we’ve ever produced, that I’ve ever seen our team produce and write. So, I think it was just the way it was judged this year. We got our paper handed to actual physical oceanographers and they judged it more harshly because of what they know.”

Younger brother Tucker is a sophomore and was also on the team. “I really liked the quiz bowl, that was fun. But also I really liked the presentation as well.” He thinks the team had a good draw for presenting its work because the Sea Masons got to go last. “You know we saw other really good presentations. So it was a little bit worrying at some points because it was like, is our presentation good enough, do we need to add things to it, do we need to change different images or whatnot? However we did get to go last so if we saw something that we thought we needed to change. We did have time to make those adjustments. And we did see really good quality work from other teams.”

First and second place teams were from Juneau-Douglas while third place went to a team from Kodiak. High school teacher Joni Johnson coached Petersburg’s team along with Marine Advisory agent Sunny Rice. “It was a good year. I mean it was really interesting up there this time with the quiz bowl we probably had the most well balanced team again, I mean just like I had said earlier with the presentation where everyone was doing a fine job. Yeah I actually had several coaches come up and compliment the students on how well they did on the presentation and the depth of their knowledge and how well they did. So, it was great.”

Johnson says Petersburg narrowly missed competing for the top spot in the quiz bowl. “Well one particular game it came down to the last 40 seconds. We were ahead by 11 and the opposing team had well one, a very smart kid but also the luck of getting an interrupt and then being able to, well they missed their bonus question. So we were ahead by 7. And then with 20 seconds left he managed another interrupt and they got their bonus question right so we missed by three. And that was probably in all likelihood the round that kept us out of the championship round but it was pretty exciting.”

Diane Murph was chosen MVP of the Sea Masons and also won one of five $5000 scholarships from Icicle Seafoods. Another student from Petersburg, Summer Morton competed on a combined team along with students from Dillingham and Cordova and she was selected MVP of that team.