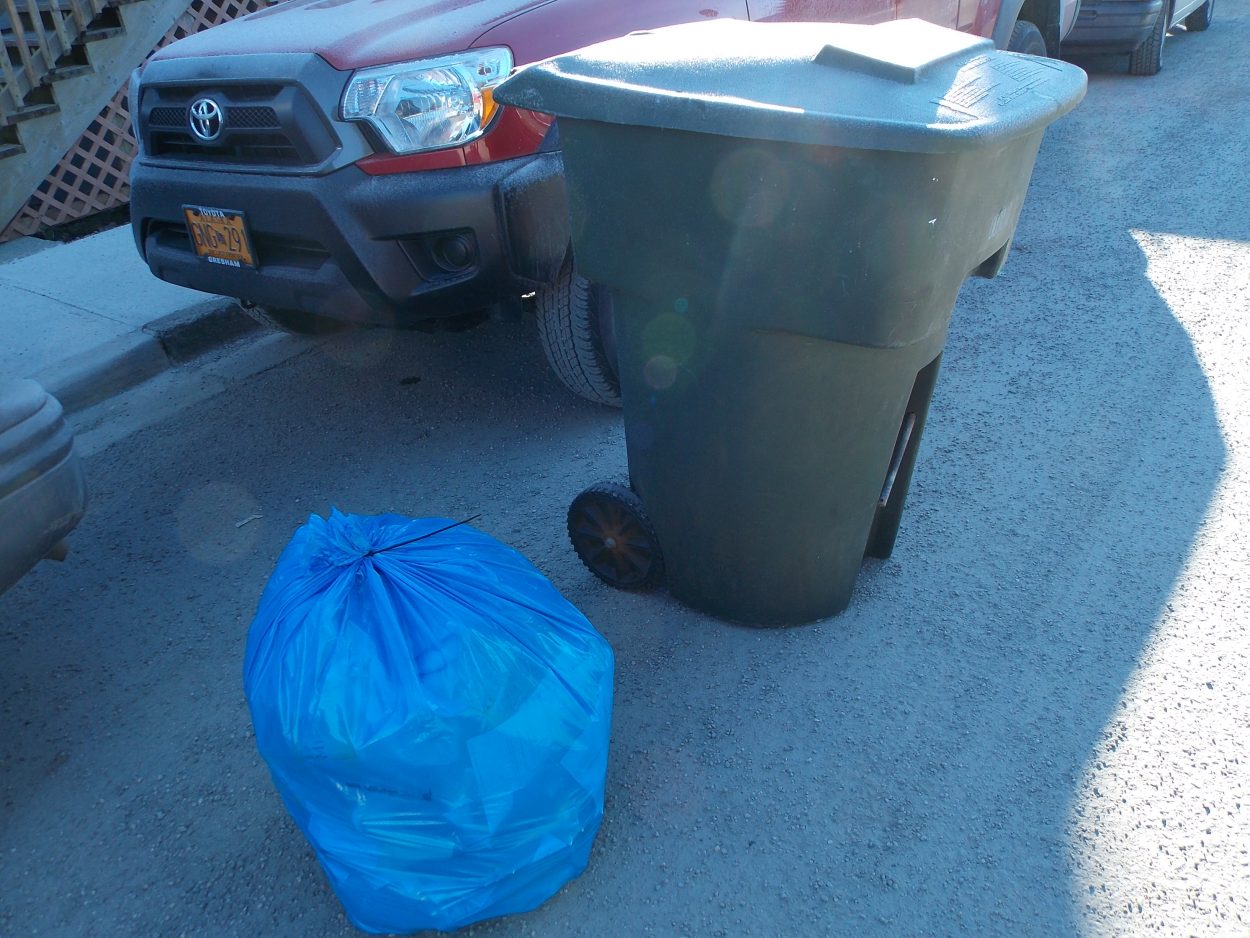 Petersburg’s borough assembly this week approved a new contract for curbside recycling collection. Assembly members discussed the cost of the new service but are hoping for savings in garbage shipping in the future.

For mobile friendly audio, click here:
The borough received four proposals from companies interested in doing the work, including the Petersburg Indian Association, the current contractor. The lowest proposal, which will cost just over 100-thousand dollars for 15 months of collection came from Rugers Trucking LLC. That company has provided dust control services at construction sites in Arizona but the owners Angela and Wes Davis have moved to Petersburg.

Local resident Ray Peterson thought the proposal amount was too high. “It’s a little about double what PIA used to do it for,” Peterson said. I think it should be thrown out and rebidded or the city hire a part time employee and I think you could do it for about half price.” 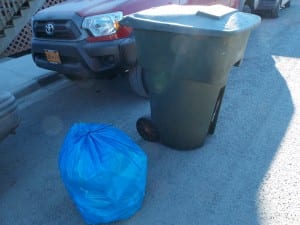 The borough switched to a voluntary co-mingled recycling program for residential and business customers in February. The new program does not require sorting, and allows recycling a wider range of materials including plastics and cardboard. The borough assembly approved the program in December along with an increase in trash collection rates for people who do not participate.

Assembly member John Havrilek Monday agreed the contract was expensive. “But what I am hoping is that our community will go with others. I’m really pleased with the amount of people that have signed up for recycling. I know for my purposes my garbage has been cut into two-thirds or a half.” Havrilek thought garbage shipping costs could be cut with the drop in trash collection.

Assembly member Jeigh Stanton Gregor asked public works director Karl Hagerman how the department would make up for a budget deficit caused by the new contract. “It is all tied to the diversion rate from our solid waste stream to the recycling,” Hagerman responded. “That’s the whole purpose of the co-mingled stream, is to take the solid waste we ship at 105 dollars a ton and turn it into recycling that we ship at 35 dollars a ton. That’s the whole reason we’re doing this. The recycling rate that we achieve ultimately, the goals that were set in the ordinance, that the assembly passed earlier this year, don’t happen overnight.”

Hagerman recommended awarding the contract and letting the program work for a year. He said the borough could still try to increase the number of recycling customers. “Now that things have pretty much leveled out as far as customer base, we can go back to the advertising and pick up people that haven’t signed up yet. There are still a number of folks at the lowest service level that haven’t signed up yet. Yes they are paying the higher rate but again, diversion being the key, to get everybody involved would be a great thing. We can do that through advertising and public relations.” Hagerman also thought the number of local businesses recycling could be increased. He said the amount of recycled materials collected has increased but said he could not name the percentage yet.

Despite the cost concerns, the assembly unanimously approved the new contract award to Rugers Trucking. The interim collection contract with the Petersburg Indian Association runs out at the end of the month.