Getting to know the superintendent finalists

Petersburg could have a new Superintendent as soon as Friday morning. There are two finalists who have been spending the last few days in town getting to know the school staff and community. KFSK news spoke with the two of them to find out who they are and what type of superintendent they would be. 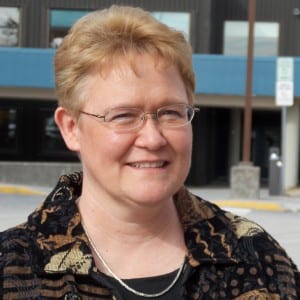 Lisa Stroh and Virginia Jewell have been keeping a full agenda. They’ve spent time with school administrators, school board, students, and the public, and they’ve toured the school facilities, the Rec Center, and town.

Stroh is visiting from Valdez where she is currently the Superintendent. She is originally from Montana.

She has been an educator for three decades in Montana and Alaska, where she worked in Kodiak and Valdez. She’s been everything from a teacher to a County Superintendent of Schools where she oversaw eight school districts.

She says a superintendent’s role is two parts, at the school and in the community.

“It really is the glue that holds the school district together plus it’s also the liaison with the community,” Stroh says. “You need to really, if you look at the broad sense of it, you’re the umbrella, you work with the city, you work with the borough, you work with community members, you need to have good relationships there because number one it’s for the funding but it’s also, we’re vital parts of a community. The other thing is I need to have a close handle on that budget and especially with declining enrollment and sometimes the state legislature isn’t very kind to the schools, I need to make sure that our school district is very solvent and if we’re declining in enrollment for the next year, project that so that we still can maintain our programs and I think that’s very, very important.”

To come to Petersburg, Stroh would break her two year contract in Valdez. She’s been there for only one year. She’s open about the fact that there has been some conflict with a few members of the school board but she won’t get into too many details. She explains it this way:

Stroh conducted her PHD dissertation on Alaska schools and the factors most highly related to teacher turnover rates in Bush schools. She says the study looked at different factors that make teachers stay in a school district.

“We know that longevity is very, very important to the education of children, and we looked at what about the location, you know, whether you’re in Barrow or you’re in Southeast. What about the money, what about the socioeconomic, the cultural status, things like that,” says Stroh. “What we really determined from that was that none of those factors were really significant. What was significant was how a person came into a community and acclimated with that community. Like in the Bush communities, many of the people that stayed, those teachers came into a district, they might have married somebody within that district, maybe they married a Native woman, so they just stayed there and built their family there. And I think you can really generalize those findings to Petersburg in that somebody that’s going to stay here is really going to acclimate to the people, the community, and this is really going to be home. And I guess I’m looking for a position where my family, we can stay here for a long time.”

If Stroh got the job, she would bring her husband and 11-year-old daughter to town. She also has two sons who compete in college wrestling. She says her hobbies include quilting, fishing and hunting, and photography. 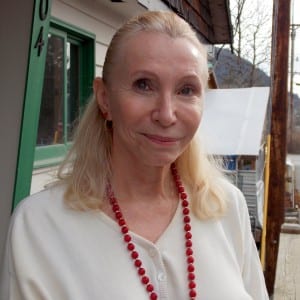 The other finalist being considered for Superintendent is Virginia Jewell who goes by Ginger. She’s visiting from Kuwait where she works for the American University School of Kuwait. It’s a one year contract to start up the school there. That’s not the only overseas job that she’s had. For five years prior to that she worked in Saudi Arabia where she says she was part of building a brand new city from scratch.

“Working in a different culture is extremely interesting and in Saudi Arabia women have a very different role than they do here in the United States so I was a female manager on a construction site with 40,000 men,” Jewell says, “and it’s interesting to say the least because women there don’t work and so to be a woman and to be in a management position is kind of a tough place to be until they accept you and it’s brought me to a much more appreciative point in my life where the role of women in the United States society… because you hear a lot of women’s equality stuff here in the United States and it’s like, ‘Trust me, go someplace else, you’ll find out we have it pretty good here’.”

Jewell is impressed with the Petersburg District’s involvement with technology in its curriculum. She has a lot of background in education technology. She was the Director of Academic Technology at Columbus State University for six years and the Director of Technology Integration Support Services for a school district for nine years. She says Petersburg has done a wonderful job but there is room for growth, including to get all students a computer.

“I think that based on your isolation, the fact that it’s an island, the technology is amazing and they have done an absolutely amazing job,” Jewell says. “It think you want to expand a one to one program because how would you do your job without a computer, I mean if you think about it…I mean nobody [can] and yet we kind of expect for students to do their job without a computer. And so I would like to see one to one expanded all the way across the board with 24 hour take home privileges. That’s kind of a hike but I think that that’s a place that you have to get eventually. And I’d like to see kids moving more into digital resources and what I see as really the next stages is there’s going to be a real gamefication, virtual worlds, that’s a lot of where education is headed. About 35 percent of all college students now are a hundred percent on-line students and that trend is going to fall down into K-12.”

Although Jewell is currently based in Kuwait, her home in the states is in Georgia. She’s spent most of her life in the New England area where she was born and raised. She has five grown children. She says she thinks that Petersburg School District would be the perfect fit for her.

“It’s very similar to the way I started my career in a very small rural school district and it’s sort of where my heart is,” Jewell says. “I grew up in small rural communities. Small school districts you really get to know everybody because it’s not a nameless, faceless environment. You know your kids, you know your parent, you know everybody in town, and you come together more, not just as a school community but as a community as a whole to do things and to get things done and that’s where I grew up, that’s what I’m comfortable with.”

Jewell says she has a lot of hobbies including golfing, Kung Fu and Tai Chi, painting, embroidering, fishing and being in the outdoors.

Jewell and Stroh will remain in Petersburg until Friday. The school board could make a decision on one of them at a meeting tonight. If that’s the case, they will make the announcement Friday morning.