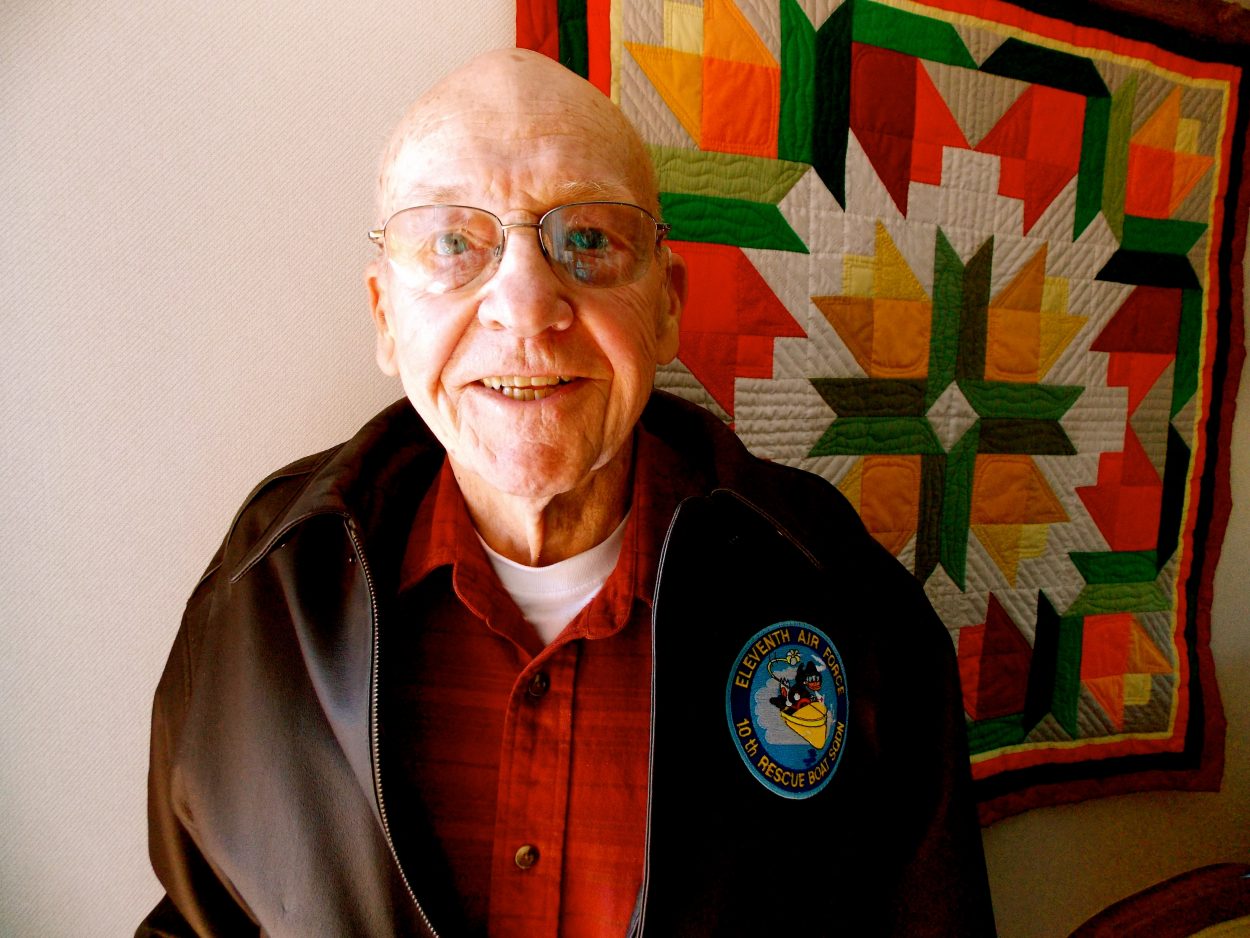 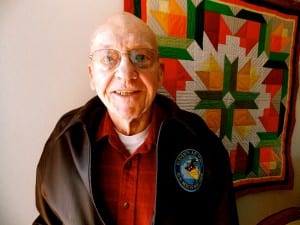 Three World War II veterans in Petersburg left Tuesday for Washington D.C. The three are traveling, along with chaperones, as part of Honor Flights, a program to get vets to the country’s capital to see the World War II memorial. Gerald Lind, who turns 89 in a few weeks, shares his memories of the war.

In 1943, Gerald Lind graduated high school in Petersburg and joined the Army Transport Service or the ATS in Seattle. Early on, Lind gained attention for his skills he learned growing up in Petersburg on the water.

“I didn’t have to go through their cadre because I knew what tides were and what knots were and how I can tie them behind my back and all this kind of stuff and I had already earned a life saving certificate,” Lind said.

Lind went to basic training near New Orleans where he was put in charge of his company.

“I was put in charge of teaching the other guys how to handle guns because I grew up with them here, every kind, you know,” Lind said.

Lind also trained in Florida where he dealt with the hottest days he’d ever known, snakes, three-inch long cockroaches, and beer with worms in it. After four months of learning the basics, they put him on a train to California. He says the trip took days because the military trains back then had to yield to other trains on the track.

At Los Angeles he joined the officers in the harbor craft outfit that took care of the piers up to 2,000 feet long. Within days, Lind ran into three other men from Petersburg, all in the same rescue squadron with the Air Force. In short order, their Captain–Captain Donnelley–absorbed Lind into the same squadron.

“Donnelly was searching every town on the water edge of Alaska because they were starting the 10th emergency rescue boat squadron and he wanted all the kids that he could get that grew up on the water,” Lind said. “He didn’t want to get somebody from some farm somewhere that didn’t know …(laughs).” 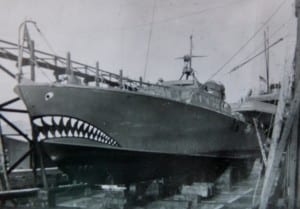 Gerald Lind was a crewman on this 85-foot crash boat. Photo courtesy of Gerald Lind.

Another name for the rescue boats were “crash boats”. Crash boats stayed close to airports and rescued fallen aircraft which were common upon takeoffs and landings back then. The boats were fast, very fast. The 85 footers could do 40 miles an hour. Lind’s boat among others in Alaska covered the Adak area and further toward Japan, less than 700 miles away.

“There were still Japanese running around in the mountains around Adak when we went through there,” Lind said. “Because out in the bay of islands, we got a good look up there and one morning we could see two of them.”

The crews were small made up of 10 men who got to know each other well.

“And there was only one John on the boat and it was up in the peak of all the dang things,” Lind said. “That was the one thing that was wrong with the boat (laughs).”

Sometimes the crew rescued service men from the freezing water that were still alive.

“They thought we were the greatest thing in the world, you know, when you get in the ocean and you’re sitting by yourself in a life raft or you’re hanging on in a floatation gear and you get a boat come up and pick you up, they think you’re great,” Lind said.

Other times, they weren’t so lucky. Lind remembers when a Navy plane fully loaded with bombs blew up upon take off leaving behind parts of the plane and bodies.

“That was terrible,” Lind said. “We had to pick up everything there. We lost a man because his brain couldn’t handle it.”

Lind connected with this man later in life and he was doing well after receiving mental therapy. 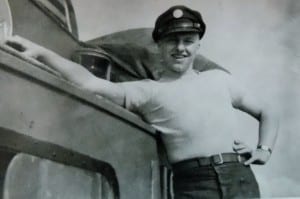 Gerald Lind as a young man in WWII. Photo courtesy of Gerald Lind.

But Lind didn’t just rescue service men on crash boats. One time his boat played as a decoy and another time they took out a balloon bomb from Japan.

“And we followed this thing it was up there about 2,000 feet, 1,500 hundred feet or something like that and we were clocking it, of course, trying to keep up with it, we were doing about 20, 25, 22 knots, something like that,” Lind said. “We kept going and going, and it didn’t want to come down and it didn’t want to come down and Air Force One said, ‘they want that thing’. So, I was elected because I’d been the one that was using the twin 50 [guns] the most and so I wanted to see that the tracers were, growing up hunting ducks, I had a little idea of where things were going to be and so I just give just a short spurt like that and don’t you suppose I hit the bomb, POOM!, it went up there and big puff of black smoke.”

The Air Force wanted to know if the bomb was intact but clearly that wasn’t the case.

“I don’t know how long it took us to get that damn balloon,” Lind said. “It was untouched other than it hit the water. You know, the bomb went off under it and blew holes in it, I suppose. I can’t remember, but it was made of parchment…it was like a barrel of snot! You couldn’t get it aboard (laughs). We had a hell of a time with it.”

The Air Force did pick up the ropey remnants that were left and that’s the last Lind ever heard about it.

All in all, Lind says his World War II experience, and the training leading up to it, was a good one, making him a stronger person.

“It was a growing up for me and it still is for everybody that goes into this, male and female,” Lind said. “You think you’re an adult, you graduate from high school. They don’t have time enough to figure it out yet, you know. They all should have a couple of years, a year and a half minimum.”

Lind is in Washington D.C. this week visiting the World War II memorial. Along with him are Art Hammer and Tom Lewis. They are both 92 years old from Petersburg.