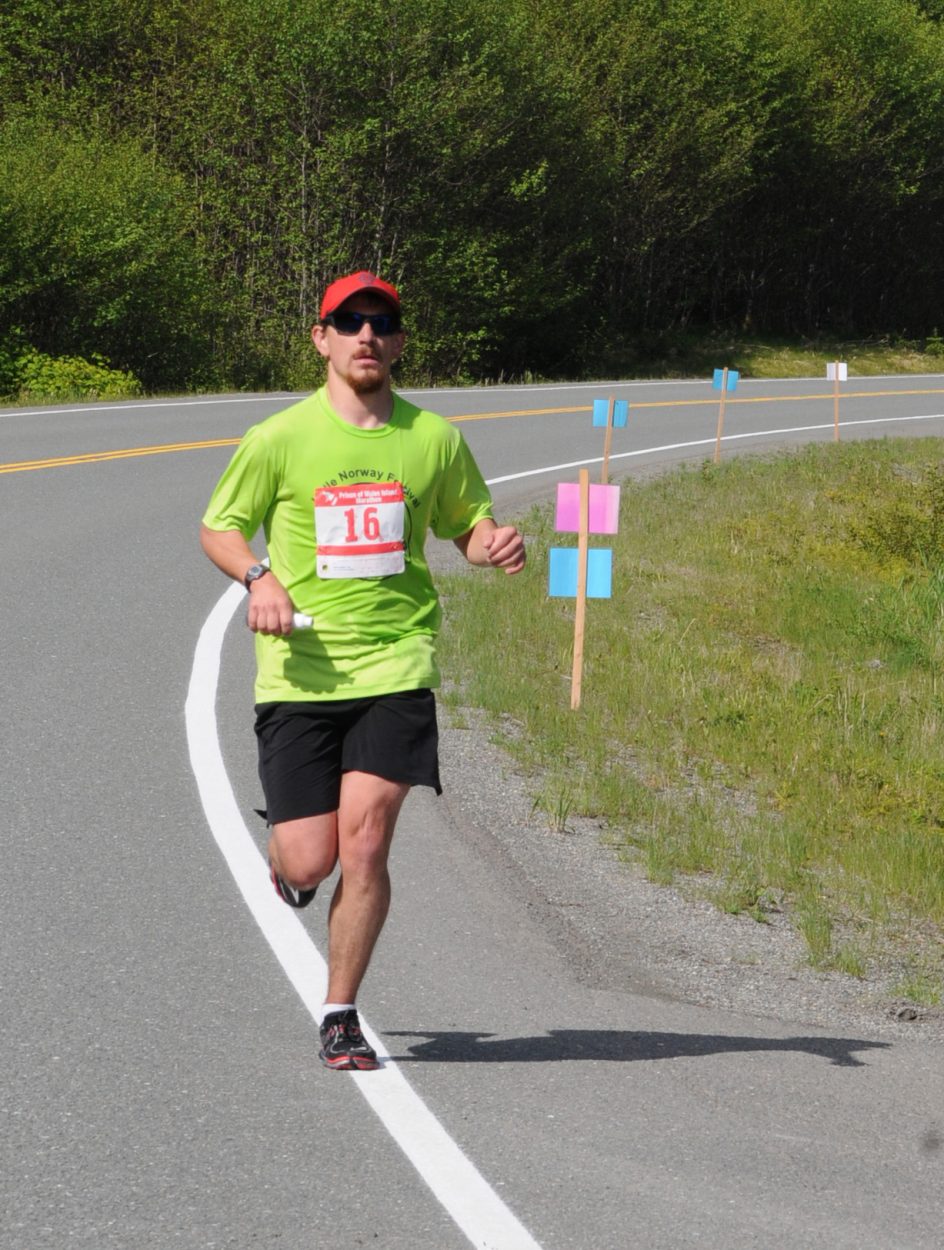 Runners from Petersburg and Klawock won last weekend’s 15th Annual Prince of Wales Island marathon. The event saw a total of 334 people from Alaska and seven other states running all, or part, of the 26 point 2 mile course that starts and ends in Craig.
29POWMARYweb
Jesse Agner of Petersburg won the mens marathon in two hours, 58 minutes and one second. Agner also won the race in 2006 and 2007. Steve Miller of Cincinati, Ohio was second this year and Jason Boyle of Juneau was third. 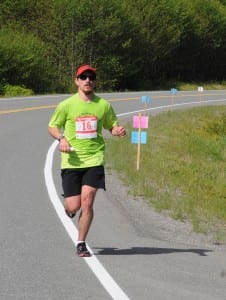 In the womens marathon, Jessica Goodrich of Klawock took first with a time of three hours 52 minutes and 45 second. Laura Skladzinski of Brookfield, Colorado was second and Gina Ostby of Portland, Oregon was third. 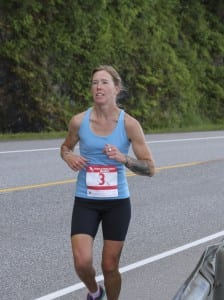 Ann James is race co-director this year and says there were participants from around Alaska and seven other states. “And it was also this year for the first time had a shadow marathoner who is serving in the Marines in Qatar. So he joined us there in Qatar and ran his marathon there.”

James says the race’s featured speaker was a veteran of many other races, as were others on the course. “You know we had Laura Skladzinski and she set a record for 50 marathons at the age of 25, the first woman to do it at that young age. And that record has since been broken two times. But we do get marathoners who are trying to do the 50 states. This year we go Russell Cheney from California and our marathon was his 49th, Alaska was his 49th state. And he just has Hawaii left to do to get his 50 states. But he has run a total of 355 marathons at this point.” Cheney by the way is 72 years old, the oldest to finish the full Prince of Wales course this year. The youngest was 11 year old Kennedy Stumpf of Craig.

In the mens half marathon, Jonathon Kreiss-Tompkins of Sitka took first. Gabe Melendez of Craig was second and Dale McMurren of Wrangell was third. The womens half marathon winner was Trina Nation of Klawock. Second place was Melissa Castle of Craig and Marketa Ith (eeth) of Petersburg was third.

It’s the third year for the half marathon race of 13 point 1 miles. Besides the full and half marathons, teams of four or more people also run the course as a relay.

James says with blue skies and a good race the weekend seemed to go almost perfectly. “We’re just totally pleased with the way everything went and we really appreciate our visitors, especially who came to our island and hope they enjoyed it. And we would love to welcome everybody back.”
The 16th annual Prince of Wales marathon will be May 23rd 2015

Two teams of Petersburg women also ran relays for the race, covering over six miles for each of four legs. Margaret and Sharon Hunter, Mary Clemens and JoAnn Day made up team Bride on the Run which took third place and team Run for Fun took second place. That was Michele Parker, Marlene Cushing, Kathi and Helen Riemer.

You can find more more information about the marathon here