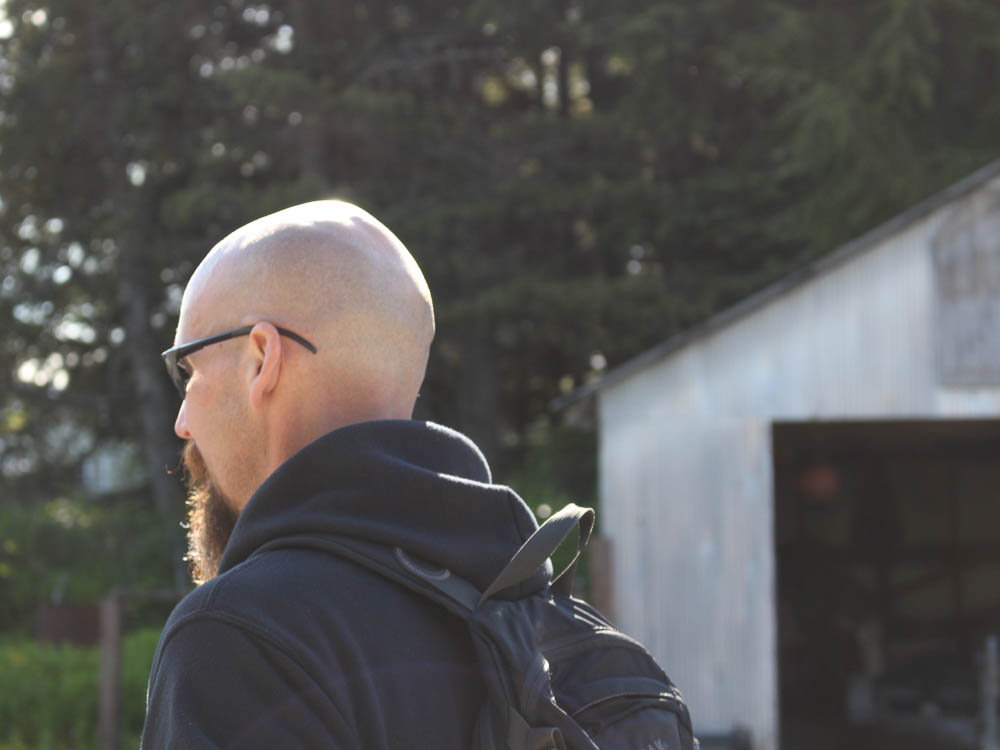 Petersburg Mental Health Services is wrapping up its seven week pedometer challenge. 168 people signed up for the project which aims to get people walking. But for one of it’s participants, it isn’t about the competition. It’s about the road that lies ahead.

Justin Haley walked 262,385 steps in one week. He gets off work at four from the waste water treatment facility and strides down a gravel path, the beginning of his long walk home. “It four miles from my house to here. Takes about an hour,” Haley said.

It’s a trek he makes nearly every day, through rain showers and snow, clocking his steps with a pedometer. If you’ve never seen one, the device looks kind of like a pocket watch. Petersburg Mental Health Services gave them to out to everyone participating in the challenge. It’s how Haley knows it’s 20,000 steps round trip. He’s familiar with every detail of the road. “Every crack in the sidewalk, yeah. I’m pretty familiar with the route.” 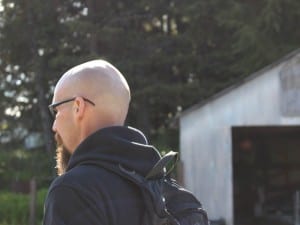 Last year, when Haley was doing the challenge, he hit a personal goal: 50,000 steps in one day. “I have a very supportive family. But I think my wife used the term obsessed, and I’m a little nuts but it felt good,” Haley said.

Kim Kilkenny, a Senior Clinician at Petersburg Mental Health Services, said that the pedometer challenge is about taking a holistic approach to wellness. She says when you exercise, your brain releases endorphins. “It feels good. That’s that little high thing you feel 15 minutes in. So, exercising, can help jump start your brain so you start to feel better,” Kilkenny said.

For Haley, the pedometer challenge was a part of a big life change that started two years ago. Back then, he didn’t walk much. He was seventy pounds heavier and had difficulty running. In 2012, he was diagnosed with Multiple Sclerosis. MS, as it’s known, is a debilitating disease. In the most severe cases, it can affect your ability walk and to speak. When Haley was admitted to the hospital, he couldn’t stand. His body was numb from the neck down. A nurse handed him a piece of paper describing the symptoms. “Just going off that sheet of paper, I thought that was how my life was going to be. The sheet was a little misleading. Kinda led me to believe that I was going to be wheelchair bound for the rest of my life,” Haley said.

After that diagnosis, he changed his entire lifestyle. He stopped eating red meat and started exercising regularly. “And over the next couple weeks things started to improve. When the diagnosis first came in I thought this is my life. This is what I’m stuck with. But I got better, got walking again. And now I’m doing this.”

With a $25,000 grant, Petersburg Mental Health Services not only gives out pedometers. It also gives out prizes: tablets, a kayak, and gift cards. But for Haley, it’s not about winning. “I don’t like not being able to walk. I don’t like not being able to stand. Most times I don’t feel my feet, don’t feel my legs. I can live with that. But if I can’t walk, life wouldn’t be so good.”

For the 2014 pedometer challenge, both Haley and his two person team have more than doubled their closest competition. Although the the program’s ending, Haley isn’t going to slow down. He’s training for a marathon he’ll run later this summer.