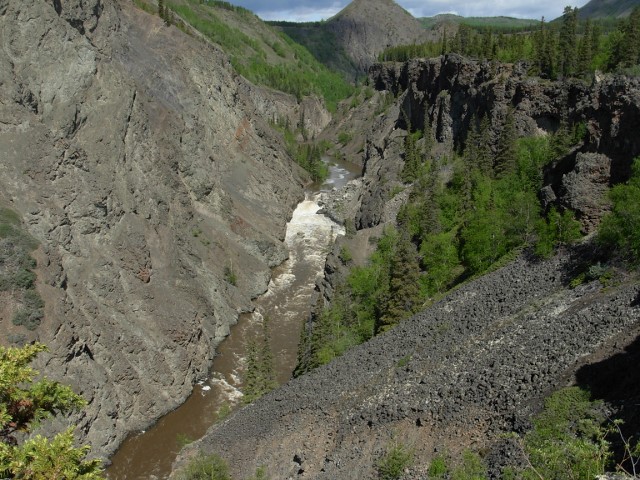 More than 37-thousand sockeye salmon have made it past a blockage on the Tahltan River in British Columbia this summer.

That river is a tributary of the Stikine River near Wrangell. Tahltan salmon are a big portion of the returns each year to the Stikine’s watershed. A landslide in May created a partial barrier on the Tahltan River that threatened to block king and sockeye salmon from returning to spawning grounds. The Department of Fisheries and Oceans Canada in July was transporting some of those fish by helicopter around the blockage. 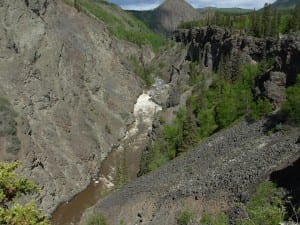 Alaska Department of Fish and Game area management biologist Troy Thynes says sockeye have since found their way past the landslide. He says the count at a weir at Tahltan Lake on August 7 was nearly 38,000 red salmon and he thinks it could reach 40,000 by the time the run is finished. That’s above the department’s goal for number of fish needed to make it back to spawn.

The news was not as good for king salmon. It appears not as many Chinook have found their way around the landslide. Thynes says a weir on the Little Tahltan River, a major king salmon spawning tributary, had only counted 169 kings by August 7th. That’s lower than expected and lower than Fish and Game hoped to see for the king salmon run.

The larger king salmon enter fresh water earlier than sockeye and may have had more trouble getting past high water flows and the barrier.

The Tahltan salmon are caught by commercial and subsistence fisheries in Southeast Alaska.