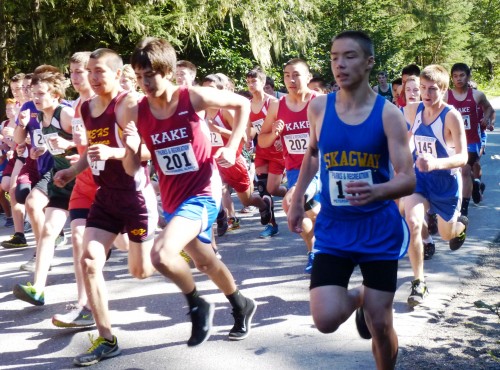 Petersburg girls won a regional cross-country meet Saturday in their home town. They topped teams from Ketchikan, Juneau and nine other Southeast cities, running a course that began and ended at Sandy Beach.

Petersburg boys scored in the middle of a pack dominated by Ketchikan and Juneau’s Thunder Mountain high schools.

Here’s a look at the meet and some of the coaches and chaperones who make it happen. 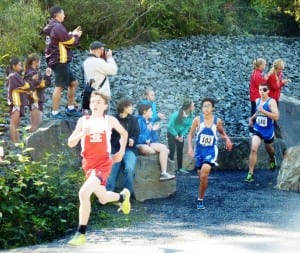 The runners lined up, ready to take on the challenge. But the starting pistol wouldn’t fire, so the organizers used something similarly loud: An air horn.

“It was awesome to have all of our fans and parents get to see our kids run. And all the volunteer help that we have is amazing,” said Jaime Cabral, Petersburg’s athletic director.

“Overall, the boys did great, the girls did great. It was an awesome meet,” he said.

(Scroll down for complete results.)

Teams from around the region came to the race via ferry. The Haines team traveled the farthest, bringing a dozen students. 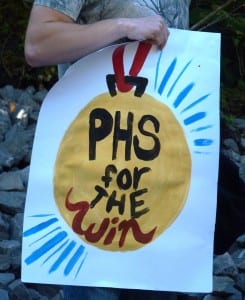 Chaperone Jane Cowart said they included some runners in their first year of racing.

“There’s a good menagerie, from freshman to senior. And I think they’re all just feeling their way out, finding their place and doing well,” she said.

And what do kids get out of such an event?

“Self confidence. And a team spirit, because you run by yourself, but yet you run together as a team.  They learn to encourage one another and build one another up,” she said.

Head Coach Scott May was happy with the results.

“For most of them, running is really important. But they learn how to be part of a team, they learn how to work hard, be responsible for themselves, and learn how to set goals and follow through on them. And those are great life lessons, not just for running,” she said.

The meet, and associated travel, was not just about the races. 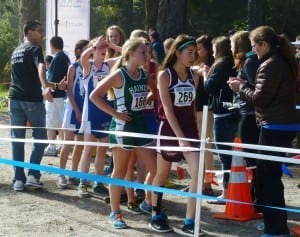 May says he and Pahlke make sure students keep up with their schoolwork.

“It’s a very important thing. We’ve already had two study sessions during this trip and we’ll have another one coming up. It’s academics first. This is a distance second,” he said.

The top boys were separated by only hundredths of a second.

“As soon as they cross the finish line … the system picks up their chips. So it’s a little bit more accurate times, as they come across. It’s instant data too. We put it into a system and we can post results two minutes after the race is over,” he said.

Southeast cross-country runners have already met in Juneau and Metlakatla. They’ll be in Sitka next week, followed by the regional championships in Ketchikan. 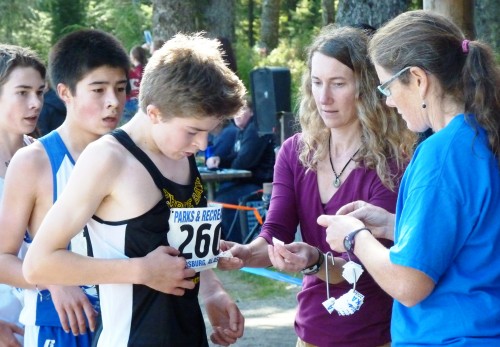 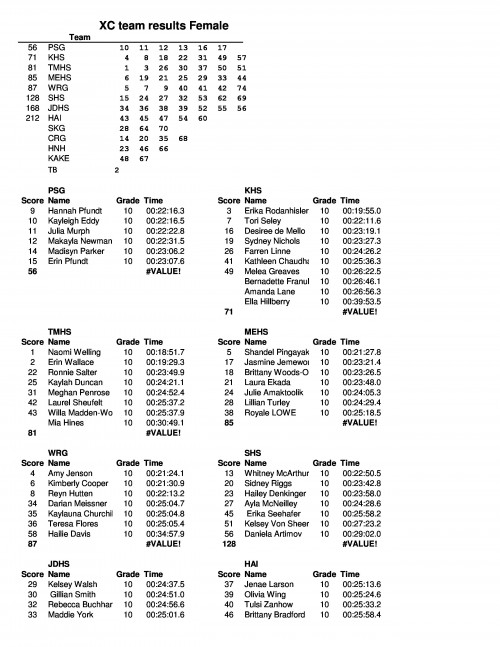 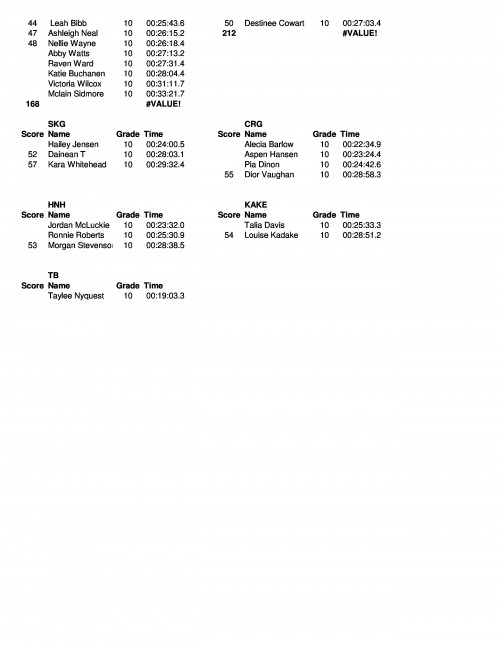 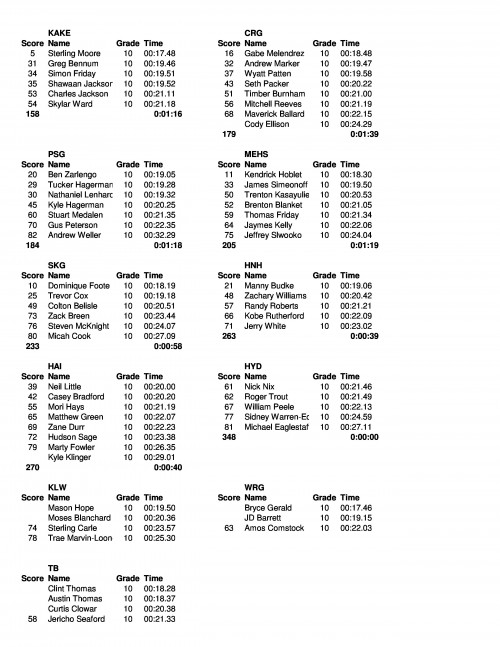