Drive down dock should be ready for February crabbers 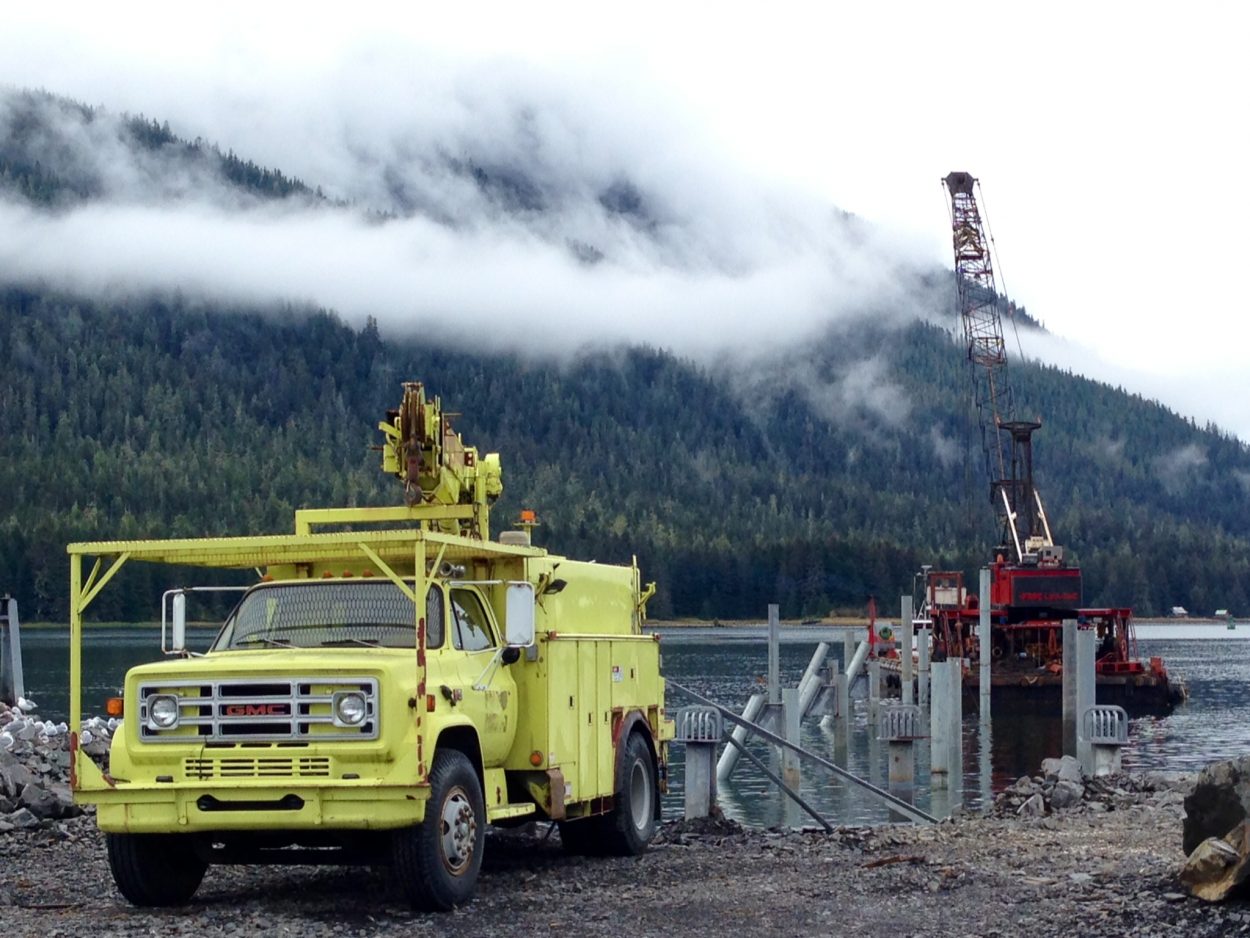 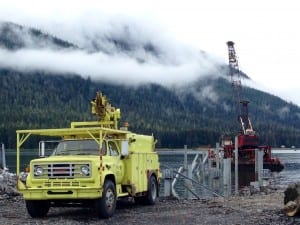 Construction of the $9.4 million drive down dock in Petersburg will continue through the end of the year. The public dock will allow everyone an alternative way to reach their boats.


Here at the South Harbor boat ramp in Petersburg fishermen are unloading equipment onto the floats and then hauling it by hand to their vehicles in the parking lot.

At other local docks, fishermen carry gear up and down long ramps, which get steeper at low tide.

Some people use borough-owned totes on wheels if they’re available, but no matter how you do it, it’s a chore.

The heavier the gear, the more work it is. For fishermen heading out to sea, the task multiplies pretty quick. Dan O’Neil is a local fisherman.

“If you’ve got heavier stuff you go to the crane float,” O’Neil says. “Then you’re unloading, you know, 5-600 pound pieces. You know, stuff to take off your boat that you use for commercial fishing mainly, like your hydraulic packages, winches, and what not, that kind of stuff.”

The drive down dock that’s being constructed is supposed to help alleviate a lot of the hassle. People will be able to drive their vehicles close to their boats to load and unload from there.

Glorianne Wollen is Petersburg’s Harbor Master and says the drive down dock will be open to everyone who wants to use it.

“It’s a nice big dock that I can envision all sorts of uses for,” Wollen says. “People unloading and loading to go on picnics up the Petersburg Creek, you know, that kind of thing, as well as of course the big commercial gear. I’m sure we’ll be able to tie up some of the smaller tour ships there as well. So, very well used by a big portion of our community.”

O’Neil dabs in commercial fishing but his main business is sport fishing charters. His equipment is mostly sport rods and coolers full of food. And for that, he doesn’t think he’ll use the drive down dock very often.

“Not so much for mine. A little bit, you know. Probably be handy,” O’Neil says, “but I think the commercial guys, it’ll be handy for them. You know, backing things down and having it right there to load and unload.”

Wollen says the project is largely on schedule despite a few delays. She says the changes to the overall plan have been minor.

“We needed to add a water service and then we’re finding that bedrock is a tad deeper so we’ve had to add a little bit of steel to some of the pilings on the approach but, yeah, so far so good,” Wollen says.

Wollen says they had hoped the drive down dock would be complete by the end of the year but now it’s looking more like January. She says she really wants it ready to go for February’s crab seasons.

Despite the change in the timeline, the project funds are still on track.

“We received over the course of about seven years about three different legislative grants that totaled 10.8 million and right now we’re at about 9.4 that’s been spoken for so to speak on the entire facility which is the staging area, the approach and then the transfer bridge and the float,” Wollen says. “So, it was a very competitive bidding process that went through this portion of construction and I felt like we did really well and came out, so far, real good on that end of it. So, it’s nice to have a little bit of a cushion as we move forward.”

Wollen says they’ll see how the dock is being used in the beginning and then decide whether they need to implement a permit system or monitoring system at a later date.