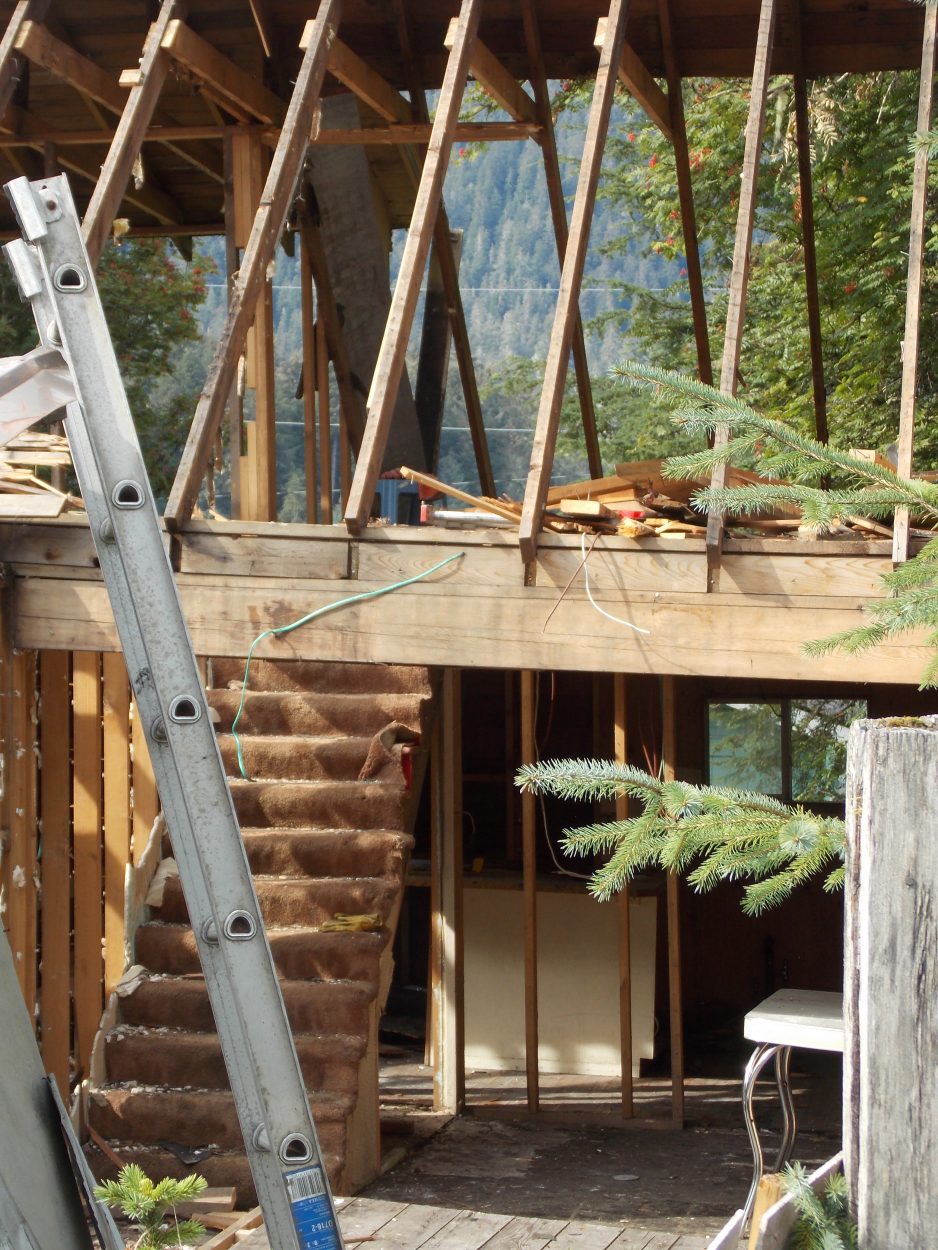 A home on Wrangell Avenue in Petersburg that’s the subject of a court appeal has been partially taken down this summer. The home was declared dangerous by the borough and ordered to be demolished. The owners say they plan to take apart the building and save the materials.

The foundation of the home at 1011 Wrangell Avenue failed in 2009. Following a hearing on the issue in last December, the borough assembly ordered the owners to fix the structure or demolish it within 30 days. Owners Fred Triem and Karen Ellingstad appealed that decision after asking for more time to do repairs.

Triem this week said it made more sense to disassemble the home. “The cost of trying to lift it up and put it on a foundation would have been, I don’t want to say prohibitive but the… we still would have had an old house on a new foundation and it still would have required a lot of repairs and in the long run it just turned out to be, I wanna say, economically more prudent to dismantle the house and put a new building there on the same lot.” 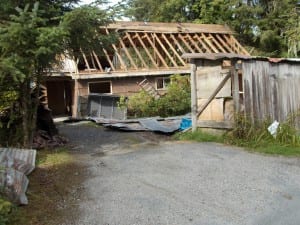 Triem said the couple has owned the building since the early 1980s. He thinks it was built sometime in the middle of last century in the 1950s or 60s. He disputed the borough’s assertion that the building is a danger to anyone. “Our position has always been that the building is not dangerous. It’s not going to slide down the hill and crush children playing in the yard below. You know the foundation crumbled, failed, and the building just gently went down right on the same place that it had been and it stayed there. And it will stay there until it’s completely dismantled and then that will be the end of it.” 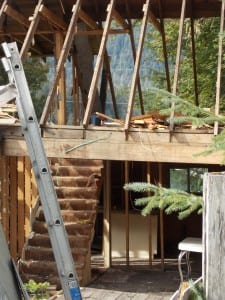 Triem expected the structure would be taken apart before colder rainier weather hit this fall and thought it could be removed before the judge issued a ruling in the case.

Meanwhile, attorney James Brennan said the work is too little, too late from the borough’s standpoint. “At various times they represented that this would be completed by Labor Day of this year which as you know has come and gone. So it’s been kind of a piece meal progress on their part and it’s a long way from being completely dismantled with all the materials removed from the site in compliance with the zoning code and the dangerous buildings code.”

Brennan acknowledged the work could make the court appeal a moot point. “Well, I suppose if they really got going and completely finished the job before the court rules but I don’t think that’s gonna happen. The hearing on the merits of their appeal was held on August 1 in Juneau and we’re awaiting the judge’s decision on that which I would expect to be forthcoming soon.”

The case was argued before superior court judge Phillip Pallenberg. Ultimately the judge’s ruling could impact who’s responsible for the court costs of the appeal.

A decade and a half ago, Triem was also in court with the city of Petersburg over the fate of another building he owns on Fram Street in downtown. That structure, built in 1902, also had a foundation problem. It was ultimately repaired and moved off the curb of First Street.